Pokémon Sun and Pokémon Moon (ポケットモンスター サン・ムーン Poketto Monsutā San & Mūn?) are role-playing video games developed by Game Freak and published by Nintendo for the Nintendo 3DS. They are the first installments in the seventh generation of Pokémon games. First announced in February 2016 through a special Nintendo Direct, both Sun and Moon were released worldwide in November 2016, commemorating the franchise's 20th anniversary.

As with previous installments, each game follows the journey of a young Pokémon trainer (and the trainer's friends) as they train Pokémon. This time, the game takes place in the Alola region—based on Hawaii—with the object of the game being to thwart the schemes of the nefarious criminal organization Team Skull, all while attempting to challenge various Pokémon trainers of gradually increasing difficulty. Sun and Moon introduced 81 new Pokémon species, and includes new features such as Alolan forms of previous generation Pokémon, powerful moves known as Z-Moves, new, powerful creatures known as Ultra Beasts, updated battle and training mechanics, and improved polygonal 3D graphics. The games also adopted the previously introduced battle mechanic known as Mega Evolution, which was first introduced in Pokémon X and Y. Although Sun and Moon are mostly independent of each other, both feature largely the same plot, and while either can be played separately, trading Pokémon between the two games is allowed.

HEAT for this deal on the nations favourite handheld console.

will Amazon price match this?

They don't usually. Worth asking though as they did an individual price match for one of my friends.

haha! Seriously, that is so funny I have tears in my eyes. What was that all about? More to the point who were the people buying one?

I bought one X)

You got money in the game by scanning real barcodes. I remember the stories of Japanese supermarkets selling out of some cereal packet, because the barcode gave lots of points. It was in the 90's I think.
24th Jan 2017
Noooo it has to be neo geo?

I bought one X)

I picked one up a couple of months ago in a charity shop. Boxed for a £1 The company who made it collaborated with Nintendo and made a few games for the Super Famicom (of which I own a few) 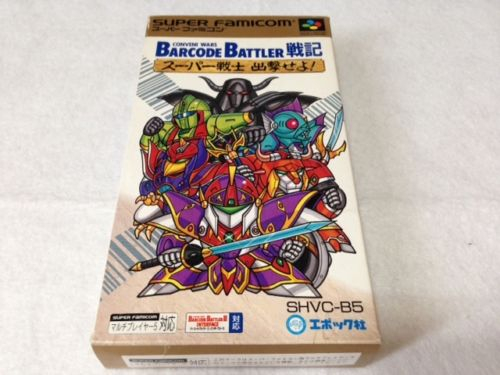 You get the equivalent of this with QR codes in SUMO. Sort of.