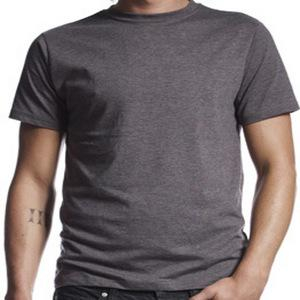 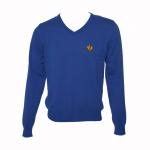 Should change price to what people will end up paying.

I wouldn't even consider buying from them. What is a carter sweatshirt? Absolute garbage. The minimum price including p + p and VAT?? is £8.87. I'd rather buy from primark.

This isnt a dodgy website. I run a t-shirt printing company and buy stuff from here all the time. As for the poster working for them. It looks like! Site is good though

do you work for this store. You have made three posts and two of them are about this dodgy looking site?

Second time I've left a link to this site which for some reason when entered on hot uk deals just goes to the homepage. Not sure what I've done wrong but the correct link should be http://www.polo-shirts.co.uk/Branded+Clothing/Carter+Mens+Traffic+Vee+Neck+Jumper+-+Cobalt+Blue 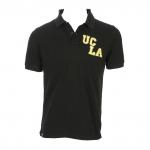 12° Expired
Posted 5th Aug 2010Posted 5th Aug 2010
UCLA, Full Circle, Henleys, Carter and Fila from £5 @ a polo-shirts.co.uk £5
Clearance sale on t shirts, polos etc - there's some nice stuff here, but it's really low stock so if you're medium or large you'll have to hunt around for styles in your size. I… Read more

One or two nice items in the branded section.Link is working fine. 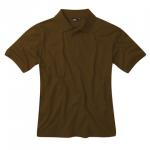 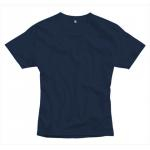 Apologies Woodstock my final remark was in poor taste. Consider me suitably chided. I had not even considered the impact that cotton production has on the ecosystem or those third world workers involved in it's cultivation.

If you live on Mars, then yes, I agree, otherwise you might have some concern about what happens to the massive amount of chemicals used in the production of cotton: There is a potentially a toxic residue on any non organic product, we always wash clothes before first use, my son reacts otherwise, but I was thinking also about those involved in the production of cotton, even those living in areas where cotton is produced. I would argue that you may actually be safer eating non organic food than wearing non organic clothes, regulations concerning the chemicals used and also permitted residue are much tighter for the food industry. Vomiting, paralysis, incontinence, coma, seizures and death are some of the many side effects suffered by farmers and children in the developing world who are routinely exposed to pesticides, many of which are banned or restricted in use in the West. Cotton, the most valuable non-food agricultural product, is labelled as the world's “dirtiest” crop: * US$2 billion’s worth of chemicals are sprayed on the world’s cotton crop every year, almost half of which is considered toxic enough to be classified as hazardous by the World Health Organisation. * Cotton is responsible for the release of 16% of global insecticides – more than any other single crop. * In total, almost 1kg of hazardous pesticides is applied for every hectare of global cropland under cotton. * Aldicarb, a powerful nerve agent, is one of the most toxic pesticides applied to cotton worldwide. Despite its World Health Organisation classification, “extremely hazardous”, US$112 million’s worth is applied to cotton crops each year. * Endosulfan - attributed to serious health problems, including coma, seizures, convulsions and death – remains as one of the most widely used pesticides in the world: in India, over 3,000 tonnes is applied to cotton crops annually. Endosulfan is thought to be the most important source of fatal poisoning among cotton farmers in West Africa. * Children are inherently more vulnerable to the negative impacts of exposure to pesticides. In countries such as Uzbekistan and India, children work in the cotton industry, live near cotton fields or are at high danger of pesticide exposure from reused pesticide containers and food. From the Environmental Justice Foundation, a UK based Organisation campaigning for environmental security. click here for more info

All cotton is organic, ie derived from natural materials. If you mean the cotton is grown without the aid of manufactured fertilisers or pesticides it doesn't make that much difference to the purchaser unless they plan to eat them :-)

Perhaps you can let us all know where you can buy organic cotton shirts for less?

It's expensive if you want one or two