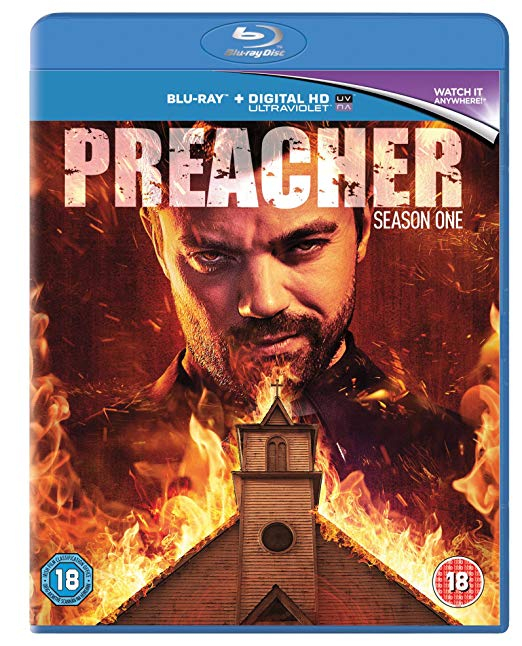 Based on the hit comic book series, Preacher is the edgy story of Jesse Custer, a conflicted preacher in a small Texas town who is inhabited by a mysterious entity that allows him to develop a highly unconventional power. With his fearless sidekicks, Tulip and Cassidy, he embarks on a wild, dark journey that is unlike any other.

The Complete Season 1 on 3 Blu-ray discs contains all 10 episodes of the very first season of Preacher in stunning high definition.