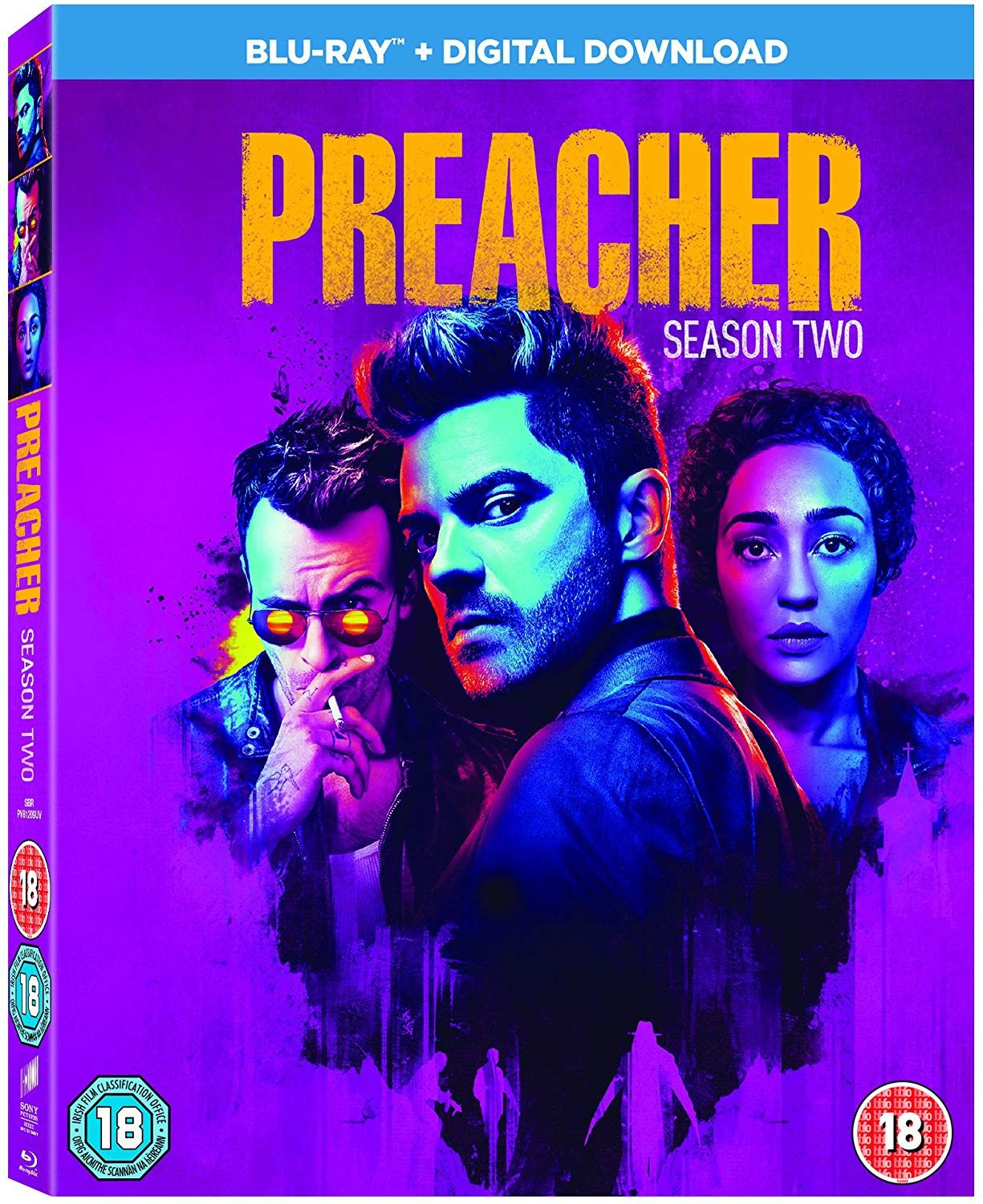 Product Description
Based on the popular cult comic book franchise of the same name, Preacher is an absurdly twisted and action-packed thrill ride. When Jesse Custer, a small-town preacher with a criminal past, realizes God is absent from Heaven, Jesse sets out to find Him. Along for the ride are Tulip, Jesse’s volatile true love, and Cassidy, a 119-year-old Irish vampire, who is Jesse’s best mate. The gang ends up in New Orleans, where they must dodge local gangsters, dangerous secret agents in white suits and the Saint of Killers, an unstoppable murderous cowboy from Hell.

Synopsis
The second season of “Preacher” is a genre-bending thrill ride that follows West Texas preacher Jesse Custer (Dominic Cooper), his badass ex-girlfriend Tulip (Academy Award nominee Ruth Negga) and Irish vampire Cassidy (Joseph Gilgun) as they embark on a road trip to find God and are thrust into a twisted battle spanning Heaven, Hell and everywhere in between.

WTF is downvoting i?
11th Jan
You need to watch this, it's brilliant.