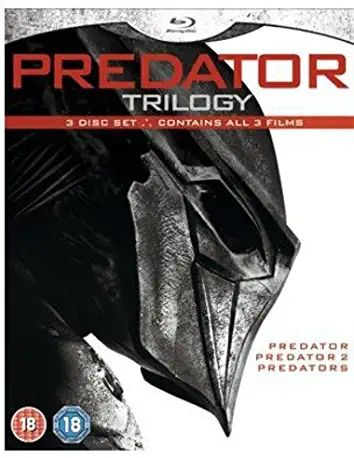 Predator
Recruited by the CIA to rescue hostages held by guerrilla fighters in a Central American country, Arnold Schwarzenegger and his men encounter an enemy unimaginably more deadly than any on Earth--because the Predator is not of this Earth.

Predator 2
Danny Glover stars as a lieutenant who mistakenly concludes that mangled bodies found by the police are the work of feuding gangs. Instead, he finds himself confronting a savage alien who has come from a distant world to hunt humans for sport. Gary Busey and Ruben Blades co-star in this suspense-packed, high-tech thriller sequel.

Predators
Adrien Brody stars as Royce, a mercenary who reluctantly leads a group of elite warriors in a mysterious mission on an alien planet. Except for a disgraced physician, they are all cold-blooded killers--mercenaries, mobsters, convicts and death squad members--human predators. But when they begin to be systematically hunted and eliminated by an unimaginably horrifying alien, it becomes clear that suddenly, they are the prey.