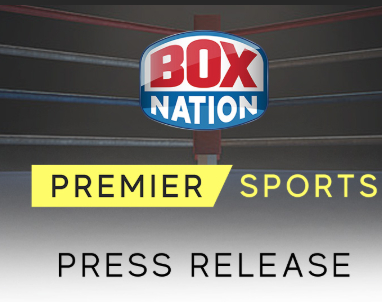 BoxNation and Premier Sports are delighted to announce today we will launch an exciting new joint venture that will see both channels offered to all subscribers of each channel as part of their existing subscription. The bundling of the channels will initially happen on the Sky Platform with others to follow.

Four events are already confirmed with live events beginning on January 11th with Claressa‌ Shields and Ivana‌ Habazin headlining the first Showtime boxing event of 2020. On January 18th, BoxNation will air the 250th edition of ShoBox In the 10-round main event, Vladimir‌ Shishkin (9-0, 6 KOs), the fast-rising super middleweight prospect currently ranked as the WBC No. 12 contender, will return for his second consecutive test on ShoBox against the unbeaten Ulises‌ Sierra.

We are also delighted to announce 2 events in January from Premier Boxing Champions (PBC). First up on January 19th Julian Williams defends his WBA and IBF 154-pound titles in a Philadelphia homecoming bout against Jeison Rosario.

The following week on January 25th, two-Division World Champion Danny "Swift" García returns to the ring at his home away from home at Barclays Center in Brooklyn to take on hard-hitting slugger Ivan "El Terrible" Redkach in a 12-round WBC Welterweight Title Eliminator.

Premier Sports will be actively looking to increase live content on BoxNation with discussions underway to secure long term output agreements with PBC, Top Rank and Golden Boy along with a number of small hall UK promoters.

From early February, BoxNation will be available free of charge to current Premier Sports customers on Sky, Virgin TV and the Premier Player. Customers subscribed to BoxNation via Sky and Virgin TV will automatically get free access to Premier Sports 1, 2 and LaLigaTV.

BoxNation will remain part of BT Sport’s channel pack and available to all BT Sport customers who subscribe via the Sky platform, this package will not give current customers access to Premier Sports channels.

BoxNation launched in September 2011 and has featured some of the best fights from home and abroad in the 8 years it has been on air. Customers have enjoyed seeing most of the leading names in world boxing of the last decade including Mayweather, Fury, Wilder, Haye, Golovkin, Khan, Canelo, Lomachenko box on the Channel alongside a leading library of classic historical fights.

George Warren, major shareholder of BoxNation said: “This is great news for BoxNation subscribers. As part of their monthly subscription they will now enjoy access to Premier Sports fantastic properties, including Serie A, NHL, Guinness PRO14 and of course LaLiga, alongside an enhanced schedule of great live fights from around the World.

The added value created for customers from the Premier Sports deal means BoxNation will continue to deliver its loyal customers fantastic live boxing content on the only dedicated boxing channel in the U.K.”

Richard Sweeney, CEO of Premier Sports: “We are delighted to partner with BoxNation in 2020 giving more added value to our subscribers already enjoying LaLigaTV as well as the other great content on our channels. We look forward to once again making BoxNation a must have channel for fight fans in the UK.”

New customers looking to sign up to BoxNation can do so via boxnation.com/sub…be/ and to Premier Sports via premiersports.com/sub…tml .