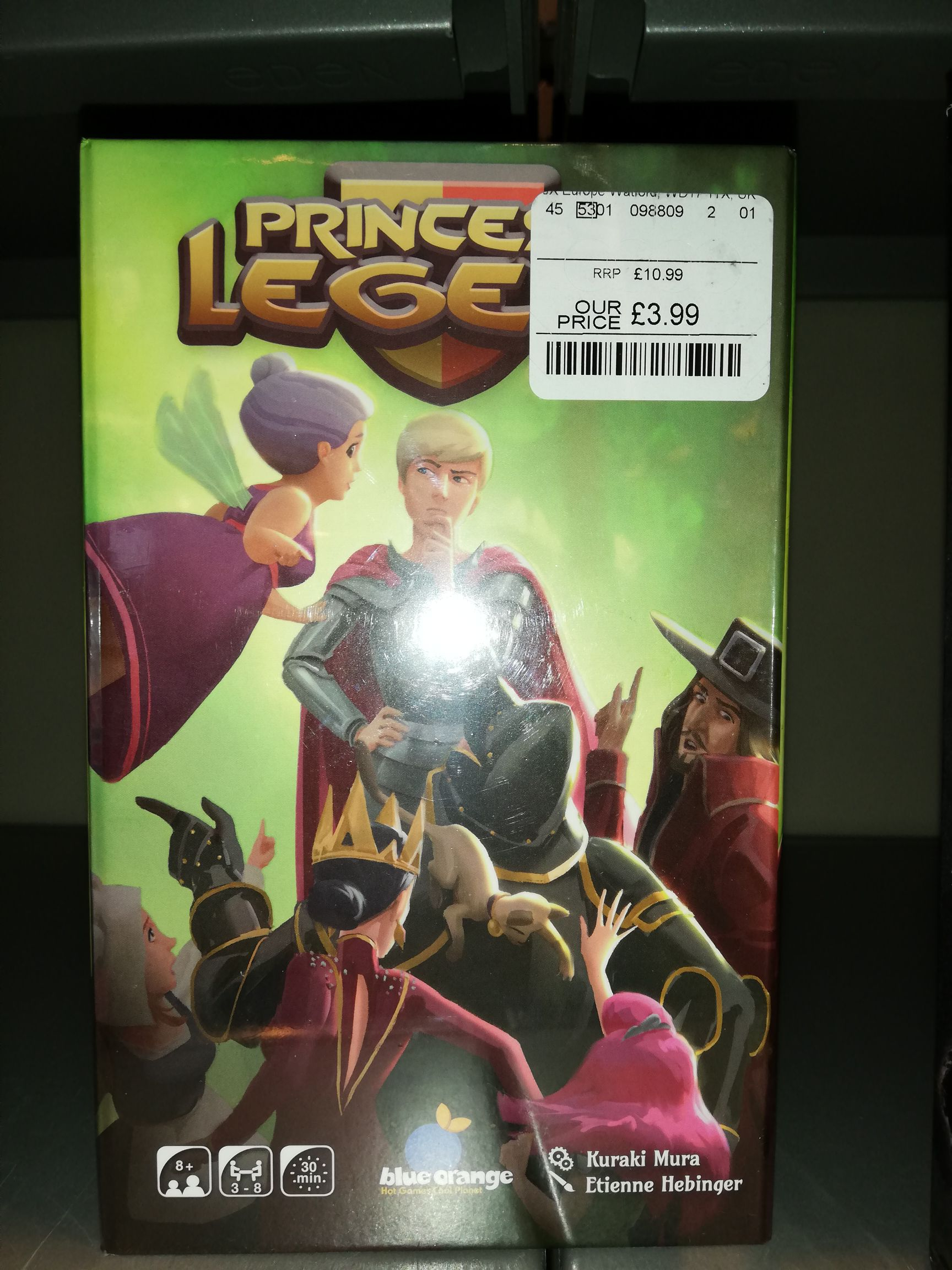 Seen instore at Nottingham Giltbrook TK Maxx. Looks to be a bit like coup or citadels. Can't complain for 3.99 though.

The player who Prince Mochi chooses to be Princess Tofu (whether rightly or wrongly) wins the round and receives the number of points specified on their role card. The player who first accumulates 7 points wins.
PostTweetShare Share with WhatsApp Share with Messenger
Community Updates
TK Maxx DealsTK Maxx voucher codes
If you click through or buy, retailers may pay hotukdeals some money, but this never affects which deals get posted. Find more info in our FAQs and About Us page.
New Comment Subscribe Save for later
10 Comments
2nd Jan
It's been in TK Maxx for a while, usually £7.99. Cheap at half the price tho.

The real steal at TK Maxx at the mo is Looney Quest. Absolutely cracking game for a tenner. They seemed to have quite a lot of stock in quite a few locations (unlike other recent treasure Santorini) so a decent chance of tracking one down.
2nd Jan

They didn't have that at Giltbrook. Only this and Kings of Mithril. KoM was 7.99 though
Edited by: "jayhutton10" 2nd Jan
2nd Jan
I had a few games before Christmas from TK Maxx for 3.99 each.


I had Iello Ninja Taisen, Kabuki and Aramini Circus.
3rd Jan
I saw Star Wars Rebellion for £49.99 in the Nottingham City TK Maxx. Decided against buying though - I don't think I could persuade the wife to play it, so it would probably just be a £50 ornament on my games shelf!
3rd Jan

Aaaaargh, the one I didn't go into. Wonder if it's still there and if I can blag a "meeting" this afternoon.
3rd Jan

Looney quest is great, even really young ones can play as we played a few years ago when youngest was only 4,and she kept winning!
3rd Jan

Darn it, I'll keep checking. Missed Rebellion by not bothering to go into the main tkmaxx in Nottingham when I passed it the other day
4th Jan
I saw this earlier today. Picked up banangrams party for £5.99 instead but now kinda wanna go back for this!
4th Jan
For anyone trying to get Santorini but can’t see it in stock at tkmax, this seems like a good price for it

That is a good price, get it posted