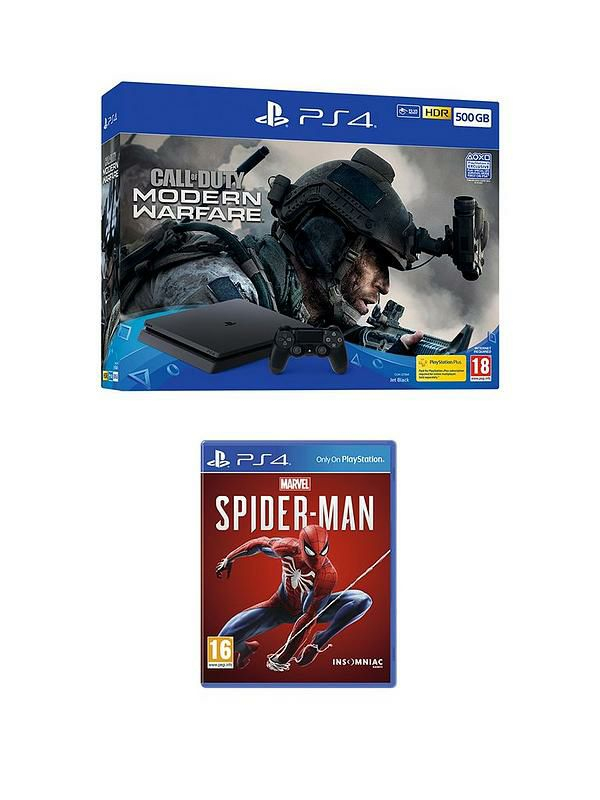 Playstation 4 PS4 500GB Call Of Duty Modern Warfare Bundle And Marvel's Spider-Man With Optional ExtrasPlayStation®4 - Play. Redesigned. Britain¿s bestselling console has a slimmer and lighter design. Experience epic adventures, battle the best players online and challenge your friends in your living room with the slimmer and lighter PS4¿. BLOCKBUSTER GAMES AND PS4¿ EXCLUSIVES Looking for the best games? Here¿s our pick of the big hitters on PlayStation®4¿ Join Nathan Drake on a perilous hunt for a fabled pirate treasure in Uncharted 4: A Thief¿s End¿. Explore the mystery of our natural earth, 1000 years from now where machines rule the world in Horizon: Zero Dawn. And get 30 days¿ early access to map packs in Call of Duty: Infinite Warfare only on PlayStation®4. A STUNNING NEW DESIGN A slimmer and lighter console with stylish new looks and packed with true PlayStation®4 power. HIGH DYNAMIC RANGE (HDR) TECHNOLOGY Visuals are more realistic, strikingly vivid and truer to what the human eye sees in the real world. ENDLESS ENTERTAINMENT A built-in Blu-ray Disc player, plus your favourite movies, TV shows and music, whenever you want. All you need is a Sony Entertainment Network account to get started. The stakes have never been higher as players take on the role of lethal Tier One operators in a heart-racing saga that will affect the global balance of power. Call of Duty®: Modern Warfare® engulfs fans in a raw, gritty, provocative narrative that brings unrivalled intensity and shines light on the changing nature of modern war. Developed by the studio that started it all Infinity Ward delivers an epic reimagining of the iconic Modern Warfare series In the dramatic single-player story campaign Call of Duty: Modern Warfare pushes boundaries and breaks rules the way only Modern Warfare can. Players engage in covert operations alongside a cast of international special forces and freedom fighters throughout iconic European cities and volatile expanses of the Middle East In Call of Duty: Modern Warfare players are thrust into an immersive narrative spanning the entire game. Experience the ultimate online playground with classic multiplayer or play cooperatively in a collection of elite operations accessible to all skill levels © 2019 Activision Publishing Inc. ACTIVISION, CALL OF DUTY, and MODERN WARFARE are trademarks of Activision Publishing Inc. All other trademarks and trade names are the properties of their respective owners PEGI 18
PostTweetShare Share with WhatsApp Share with Messenger
Community Updates
29th Nov 2019
Code will only work for New customer with credit account.
29th Nov 2019 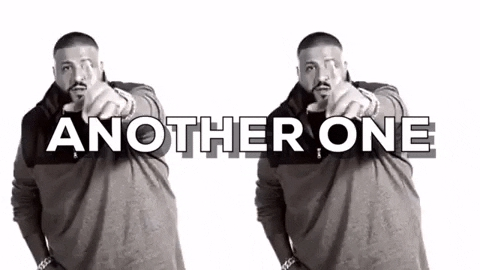 Very DealsVery Discount Codes
If you click through or buy, retailers may pay hotukdeals some money, but this never affects which deals get posted. Find more info in our FAQs and About Us page.
New Comment Subscribe Save for later
3 Comments
29th Nov 2019
Code will only work for New customer with credit account.
29th Nov 2019

Code will only work for New customer with credit account.