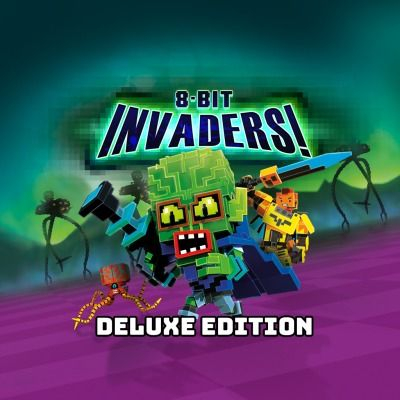 £0.99Playstation Network Deals
Expert (Beta)14
Get deal*Get deal*
Expert (Beta)
14Get deal*Get deal*
Posted 9th May
Includes 8-Bit Invaders!
Includes 5 8-Bit Invaders! avatars.
Includes 3 8-Bit Invaders! themes.
The invasion has begun! 8-Bit Invaders! is a fast-paced, sci-fi RTS game. Control the military might of the Galactic Marine Corps or invade with the extraterrestrial Cranioids. You can even let your futuristic troops battle against the fiery dragons of 8-Bit Hordes or the crushing tanks of 8-Bit Armies in cross-title multiplayer. Whether you side with the aliens or robots, 8-Bit Invaders! is fun for beginners and hardcore gamers alike. Conquering the Multiverse was never so easy!
PostTweetShare Share with WhatsApp Share with Messenger
Community Updates
Playstation Network DealsPlaystation Network Discount Codes
New Comment SubscribeSave for later
14 Comments
9th May
Can't really go wrong, its an easy decent game.
9th May
Is this some special secret deal for PS Plus peeps? Outside the circle of trust it looks like it's ~£3.60 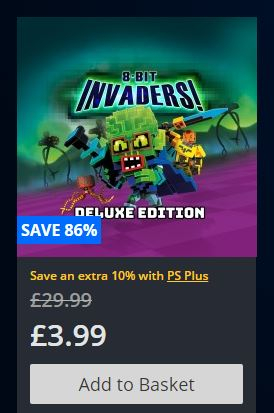 Shows the same for me.
9th May 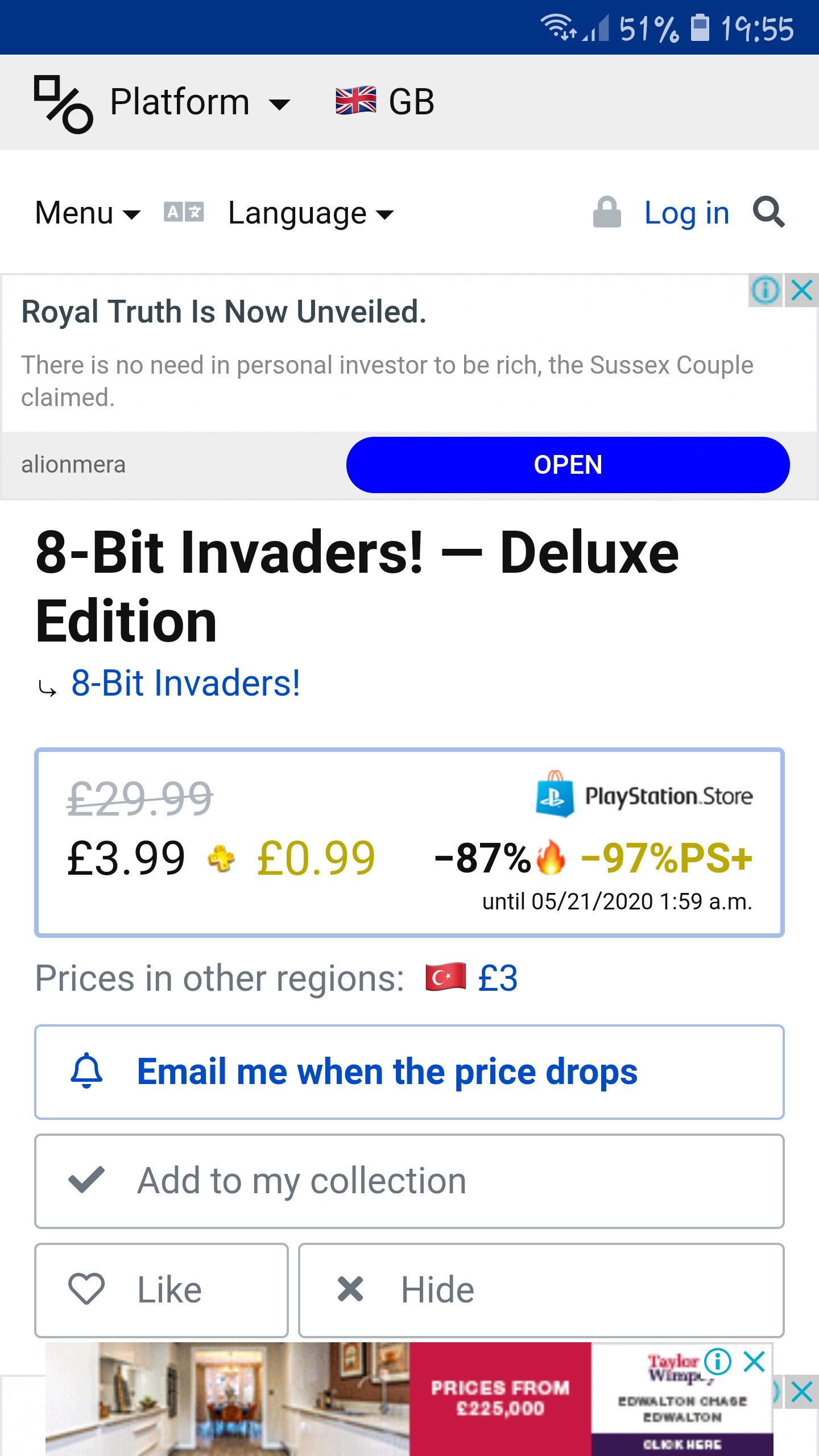 The extra 10% is off the original price
9th May

Showing at 99p for me (had ps plus since the start)
9th May
To be fair I think you should include the with and without + prices in the headline.
9th May
Thanks purchased.
10th May
Anyone played it?/recommend it?
10th May

For 99p it’s a fun little RTS, if you like Command and Conquer or similar games, you’ll easily get 99p worth out of it. I played it for the first time today and spent a fun 5 hours. Looking forward to playing more. Has a single player campaign, co-op campaign, skirmishes plus other modes I’ve not looked at yet!
11th May