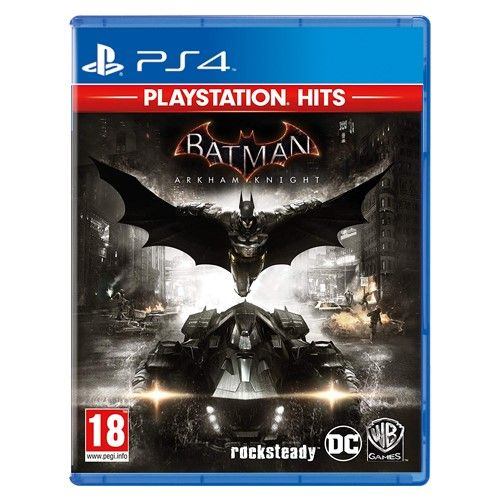 In the explosive finale to the Arkham series, Batman faces the ultimate threat against the city he is sworn to protect. The Scarecrow returns to unite an impressive roster of super villains, including Penguin, Two-Face and Harley Quinn, to destroy The Dark Knight forever.

Batman: Arkham Knight introduces Rocksteady's uniquely designed version of the Batmobile, which is drivable for the first time in the franchise. The addition of this legendary vehicle, combined with the acclaimed gameplay of the Batman Arkham series, offers gamers the ultimate and complete Batman experience as they tear through the streets and soar across the skyline of the entirety of Gotham City.


PostTweetShare Share with WhatsApp Share with Messenger
Community Updates
Monster-Shop Deals
If you click through or buy, retailers may pay hotukdeals some money, but this never affects which deals get posted. Find more info in our FAQs and About Us page.
New Comment Subscribe Save for later
3 Comments
23rd Nov 2019
I'm playing this now after it came with PS+ the other month.

Just two trophies away from the platinum too.
23rd Nov 2019

But if you bought it when it was free also, try out Mad Max game. As that apparently has a very similar gameplay in terms of fighting. I enjoyed it that much I got the platinum trophy
23rd Nov 2019

Yes, good recommendation. But I played and platted that a long time ago. Enjoyed it a lot. It's not as polished as Batman, but similar.