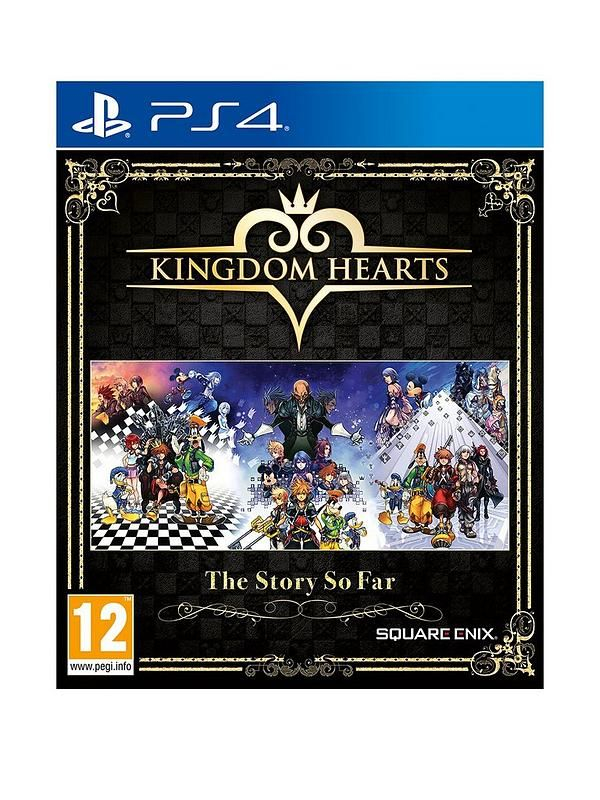 
PostTweetShare Share with WhatsApp Share with Messenger
Community Updates
ShopTo DealsShopTo discount code
New Comment Subscribe Save for later
8 Comments
28th Jan
Heated added got the first one KINGDOM HEARTS HD 1.5+2.5 ReMIX waiting for 2.8 to go down in price but may get this.
28th Jan

Honestly I have no idea what all that means, but I'm hoping to get into these games at some point. Where to begin ?
28th Jan

Well, yeah... I was just wondering if this is the latest iteration in the remastered versions
28th Jan

It’s all the games before the 3rd game. All remasters or movies
30th Jan

This contains most of the series in the run up to the new game from a year ago: Kingdom Hearts 3.

There were three HD remaster compilations, the first two available for PS3 in 720p then bundled together for PS4 in 1080p (60fps for gameplay, which used to be 30) / 4k on the Pro, and the third solely for PS4:

Kingdom Hearts 1.5 Remix containing: Kingdom Hearts 1 Final Mix, KH Re:Chain of Memories (PS2 remake of a GBA spinoff), and the HD remastered cutscenes from KH 358/2 Days (A DS spinoff - you're not missing out by them cutting the gameplay).

Kingdom Hearts 2.5 Remix containing: Kingdom Hearts 2 Final Mix, KH Birth By Sleep (a PSP prequel that is effectively KH0 - as good and as important as the mainline games), and the HD remastered cutscenes from KH Re:Coded (a DS spinoff, same deal with 358/2) including a couple hours of new content not in the game to tie everything together more.

Kingdom Hearts 2.8 Final Chapter Prologue containing: Kingdom Hearts Dream Drop Distance (a 3DS game set that leads up to KH3, similar in importance to KH1, KH2, and BBS), KH0.2: Birth By Sleep - A Fragmentary Passage (a new short PS4 game that acts as a Prologue to KH3), and KH X Back Cover (a new companion film to KH X - an ongoing mobile game).

This compilation includes all of this so yeah, bang for your buck is putting it lightly.

You can play however you want though really. Can just go through KH1, 2, and 3 (sold separately though it usually doesn't cost much now) for the light experience but you'll likely be confused with the story in 3. Add Birth By Sleep, Dream Drop Distance, and 0.2 prior to 3 for a good experience, add all the rest to delve into it fully. Also can find videos of the story to KH X on YouTube I believe. Also DLC for KH3 (KH3 Re:Mind) was just released.
30th Jan

Thank you a lot for this expensive post breaking down the games in detail ! This was the kind of reply I was hoping for, thanks for taking the time to write that !
31st Jan