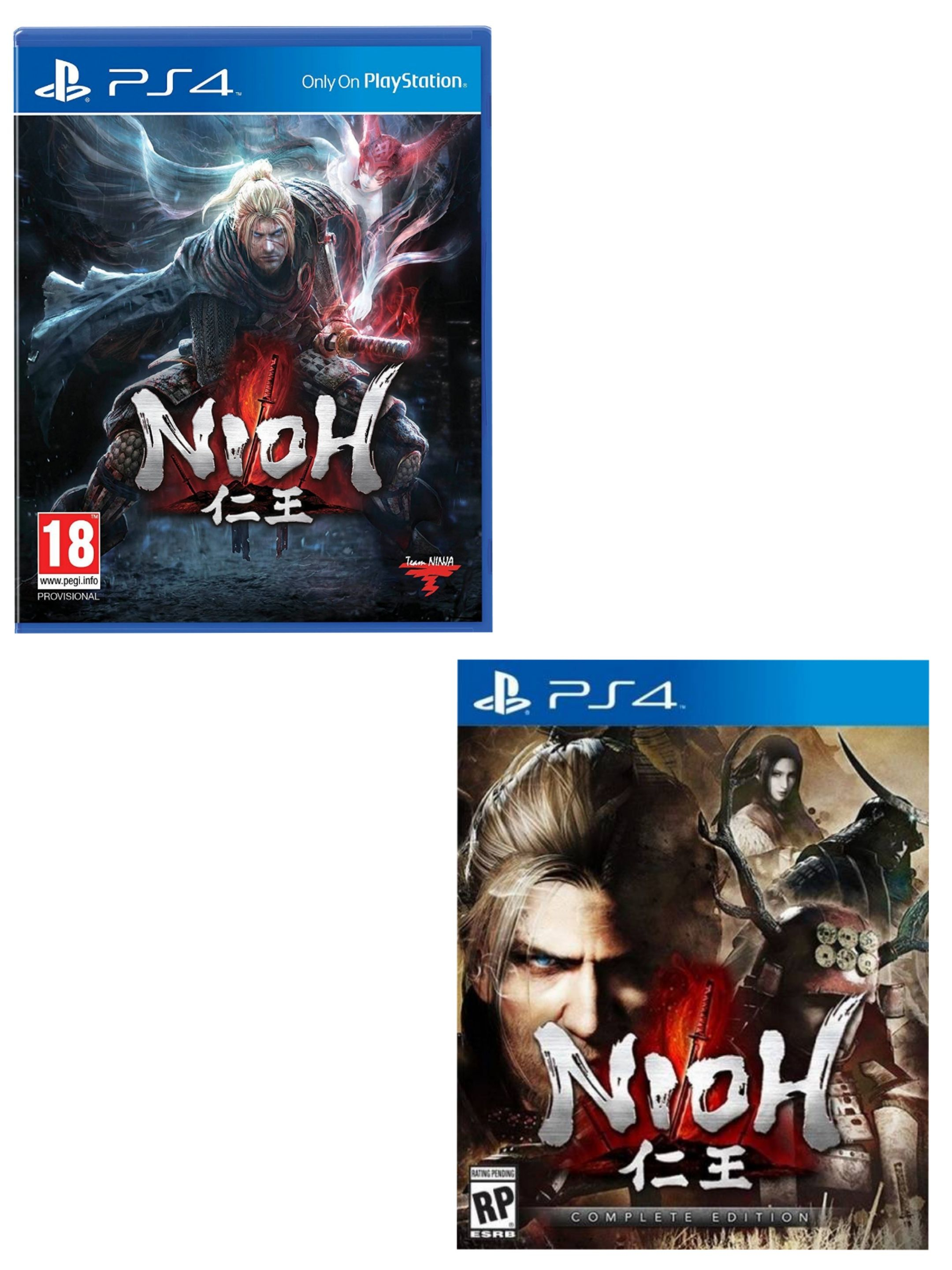 Nioh Complete Edition
In Nioh, players will traverse war-torn Japan as William, a blonde-haired swordsman whose background as a fierce warrior and seasoned knowledge of the blade allows him to survive in the demon-plagued land of the samurai. Known as Yokai, these demons inhabit a number of dangerous locations and lie in wait in the shadows to ambush unsuspecting victims. Players will also face off with other samurai in supernatural sword battles and intense, multi-target engagements offering a level of difficulty that will truly test even the most hardened samurai's skills, patience, and strategy.

No sale for the season pass alone? Boo...

Really? Bit silly when its sold as a physical Playstation Hits game without the extra content.
I'm sure they do that on purpose so you pay more in the end.

Edit: Same with Bloodborne DLC too.
Edited by: "GdoubleU" 16th Apr
16th Apr
Best. Game. Ever.
16th Apr
I think it's because the main game was a PS Plus month, they now don't want to part with the DLC at a sale. Rather hoping people will be coaxed into buying it full price.

Same with Bloodborne, also was a PS Plus game.
16th Apr
Loved nioh 2 and re-downloaded nioh on psplus after I purchased nioh 2... I just bought this edition for the dlc and to keep the game just in case my psplus runs out. 🏻 awesome game
16th Apr

I thought 2 was better myself, but this is insanely good for the price. 2 just adds so much to the game I don't think I could go back. Just waiting on the DLC's for 2 alongside Abyss mode and all the other goodies and NG+++++ modes.

- Nioh 2 is one of the best games i've played in probably forever. 120 hours in, don't plan on stopping yet.
Edited by: "FieryDevilz" 16th Apr
16th Apr

Not just better but 100 times better than first one. My apologies I was just excited. I’m also waiting for the dlcs to come out for 2.
16th Apr
I bought Nioh digitally , not the ps+ version, but as detailed above season pass not on sale and no option to pay for the full version again, but with the DLC included.....so full version £12.99, season pass £19.99!..!
Edited by: "Just.Wondering" 16th Apr
16th Apr

It's great to see someone as excited as I am, I'm trying to get everyone to play the game even unintentionally
16th Apr

That's fair enough. I don't follow PS Plus so didn't know. Thanks for info.
16th Apr

I feel like Dark Souls 1 is better in almost every way, but for some reason I still prefer Nioh when it comes to this type of game.
Edited by: "combat_honey" 16th Apr
16th Apr

To be honest, I love all the soulborne games minus the Surge. I think all of them have something unique to offer and are enjoyable in their own merits. Nioh was something I hated at first but fell in love with after beating Onryoki (for the first time). The atmosphere in Nioh also pretty much reminds of Onimusha which was a fantastic series.
16th Apr

We did talk about the 2 the other day as well. I think you must a professional player in Nioh. I only played them up to the point that I've got the platinums but I truthfully enjoyed both of them
16th Apr

We did indeed! I'm no professional but I absolutely love the games, everything just works so well together for me. The only thing that really lacks is an actual high quality story (where you don't have to read the encyclopedia to learn everything).

I'm thinking of throwing everything I have into storage, reset myself to level 1 and try to go through NG+ naked, only using what I find going through it. Not much else to do now I've finished NG+ and almost maxed my equipment, besides maybe trying a different build or levelling to the max level. Or generally just fighting for my ingame clan (Uesugi best clan).

I just hope all this crazy stuff going on won't affect the quality of the DLC's!
16th Apr

I had to switch over to FF7 remakes since after the discussion we had last. But I've been tempted many times to get back to nioh 2 again. Would you like to DM me your PSN ID and I will add you and if I ever see you online I will drop a request to play a few levels together? I play mostly weekends only.
16th Apr

I just finished FF7 up myself, despite everyone complaining about the changes I absolutely loved it, you're in for a treat. Ill be sure to DM you my ID, expeditions are would fun to go through (better loot, more enemies/varied enemy placements etc, which are properly scaled).

EDIT: notice you opted out of DM's just go ahead and add me (ID: FieryHellz) anyone else who might want to play Nioh 2 in the future feel free to add me as well!
Edited by: "FieryDevilz" 16th Apr
16th Apr

I am on chapter 8 of FF7. Still a long way to go through. I only get the weekends to play sadly and that makes things slow. But I am also in agreement with you. FF7 is also a very good remake. I will invite you to join me on Nioh if I see you online on PSN but you need to bear with me for a round or two until I get a hold of everything again.

Edit: My DMs are open but I think yours are not. But I have added you on PSN now. Will see you around, cheers!
Edited by: "mixmixi" 16th Apr
16th Apr

No problem at all, good thing with expeditions is that death doesn't mean gameover. You have a shared bar and can revive eachother (every revive makes this bar go down, 0 means the mission fails) but killing lots of enemies or strong enemies will restore the bar. See you around
Edited by: "FieryDevilz" 16th Apr
16th Apr

I have played all the possible missions on expeditions mode. I know how it works. I will be a good team mate. Promise. It gets much harder when you play that way, but the loots and the points are higher.
16th Apr
If you want the dlc but already have the base game you can download the complete edition and use the same save file.
16th Apr

I'm glad to see people praise the FF7 remake. It truly was an excellent game. I'm a die hard fan of the original too, even got the Switch physical and vinyl OST for both. Most of its hate came before release, and by people that haven't played it. Not that people aren't allowed to dislike it of course!
16th Apr

i can't buy it because own in on ps+.

But it won't let people click to buy it, I bought Nioh Digitally, but I cannot buy the complete edition, no option to buy it...
17th Apr

Playing now and I have agree
17th Apr

Playing now and I have agree

You guys must love punishment. I found out too difficult
17th Apr

You guys must love punishment. I found out too difficult

Its not for everyone, what part were you stuck on?
17th Apr
Wish I could find it cheap on PC
17th Apr

Its not for everyone, what part were you stuck on?

The whole damn thing ‌ ‌ ‌ . The idea of going to back to the start or a save point everytime I die just feels me with dread and takes out the fun. I know it's not everyone
17th Apr

Not sure then pal It worked for me 2 days ago. With the same save I can access 2 different weapon types so is definitely worked I just haven't got far enough to play the dlc yet
17th Apr