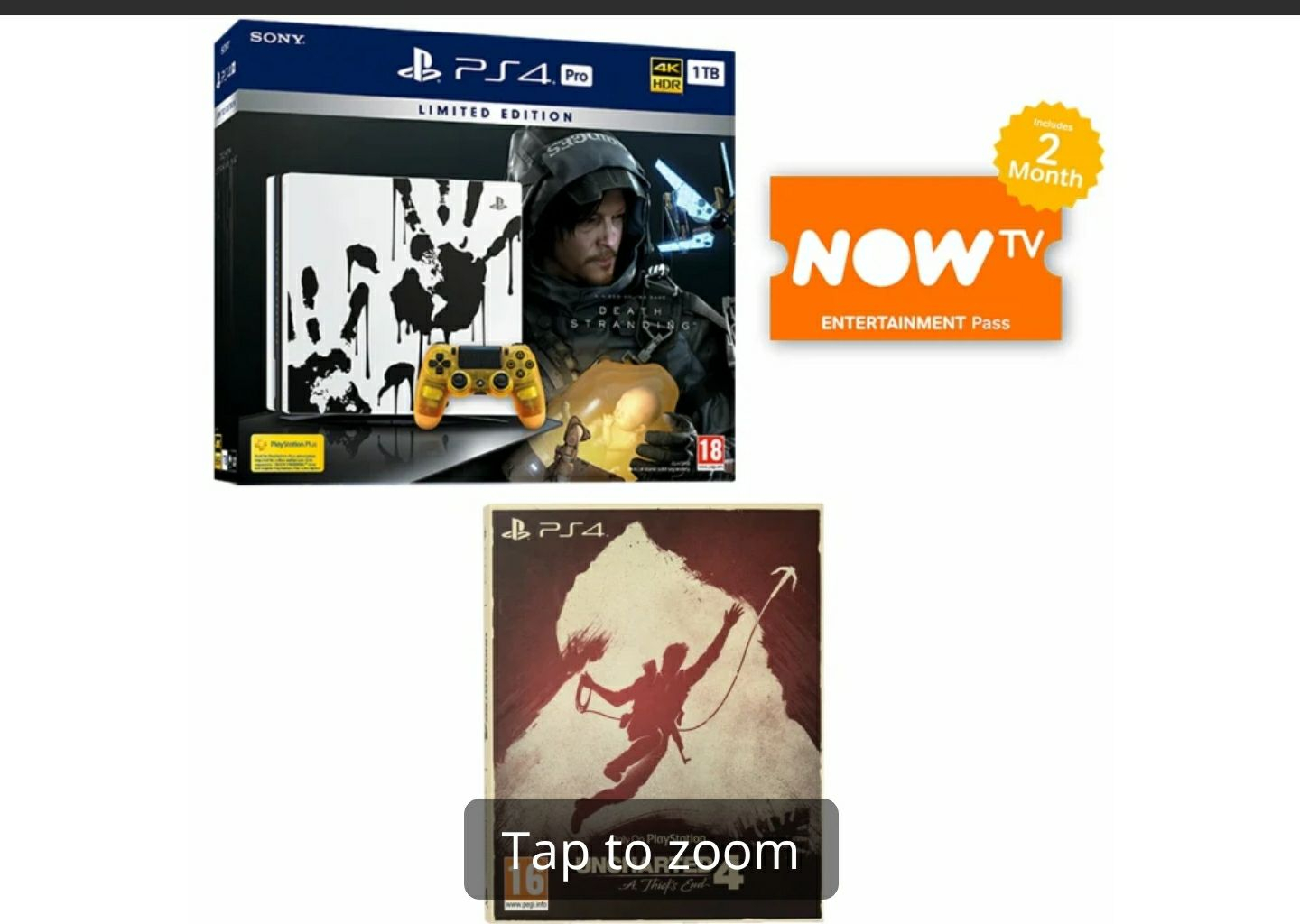 Back in stock to order at this price! One to keep for resale value etc

What's included in this bundle?

Play the greatest games and PS4 exclusives.
take your adventures online with PS Plus and stream or download TV shows and movies from Netflix, PlayStation Store or wherever you get your favourite entertainment.
Play the latest blockbuster games and PlayStation exclusives in stunning 4K from the PS4 Pro console, and stream your favourite entertainment with incredible visual detail from 4K compatible services.
Capable of vibrant HDR gaming, with games bursting to life with incredible colour and clarity, delivering a more vibrant, realistic spectrum of colours.
Increase your immersion in the fastest, most explosive PS4 games with boosted frame rates in a range of PS4 Pro enhanced games, made possible by the extra power of PS4 Pro.
Featuring a custom 8-core AMD CPU, 8GB GDDR5 memory, and twice the GPU power of the standard PS4 – letting you experience incredible image clarity, smoother gameplay and shorter load times in PS4 Pro enhanced games
Many of the biggest and best PS4 games get an additional boost from PS4 Pro enhancements that fine-tune the game’s performance.
Join mighty warriors, sporting heroes and gaming icons in the greatest games on PS4 – including PlayStation-exclusive titles that you won’t find anywhere else. 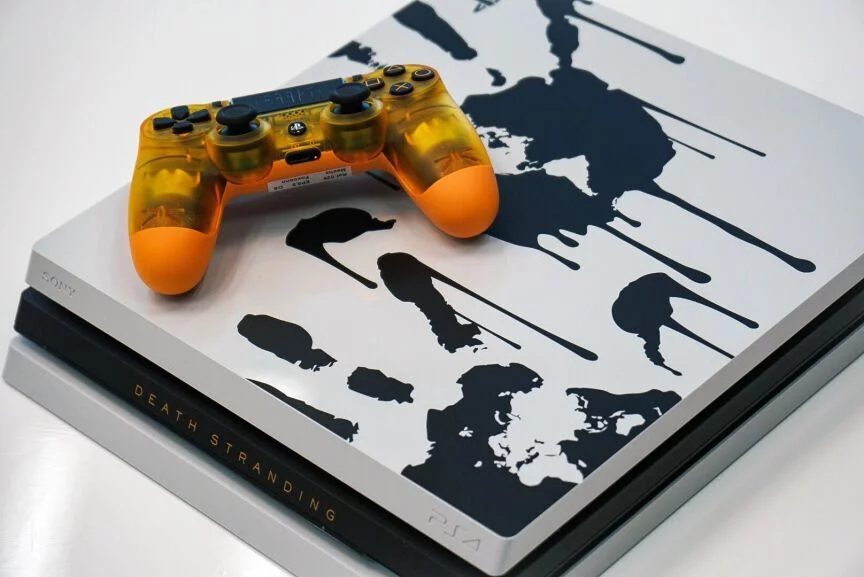 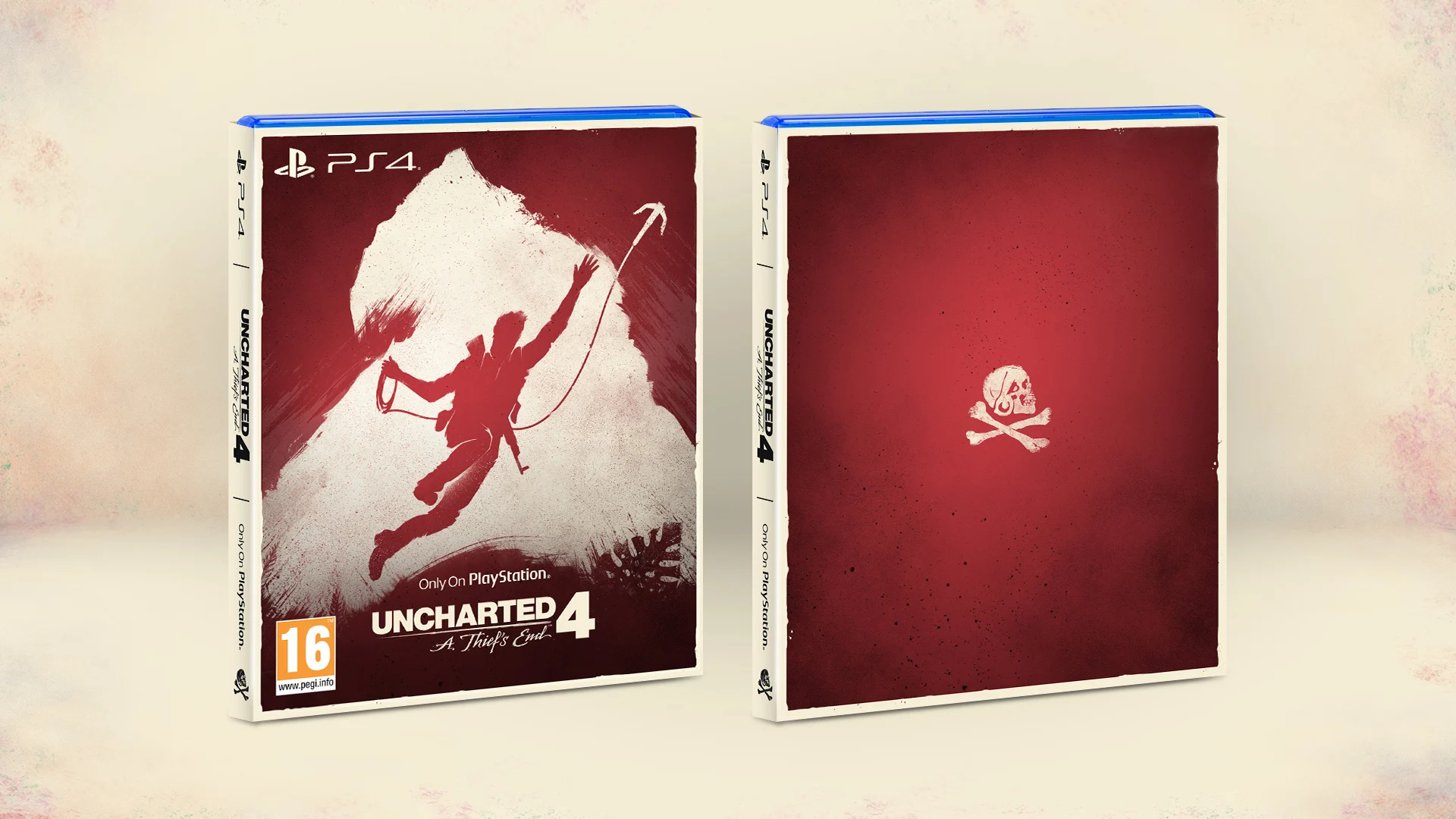 PostTweetShare Share with WhatsApp Share with Messenger
Community Updates
GAME DealsGAME discount code
If you click through or buy, retailers may pay hotukdeals some money, but this never affects which deals get posted. Find more info in our FAQs and About Us page.
New Comment Subscribe Save for later
14 Comments
23rd Dec 2019
Already listed in the below deal so I don't think this post is necessary.

Bummer. I didn't vote either way myself.

Yup and this price is actually pretty good but people will just keep voting cold as a pattern. That is what annoys me about this site sometimes but i expect this being a member since 2008. Nothing surprises me.
Edited by: "merb0786" 23rd Dec 2019
23rd Dec 2019

Yeah I certainly don't think this deserves to go cold.

Cheers mate
23rd Dec 2019
Damn ugly console in my opinion, can't think why anyone would want this under their TV but it is not a reason to vote it cold.
23rd Dec 2019

Yup this is actually a good bundle as it is limited edition too
23rd Dec 2019
Great looking console and controller. Great price heat
23rd Dec 2019

It proves peoples views vary, as it is the worst console design ever. lol
23rd Dec 2019

It proves peoples views vary, as it is the worst console design ever. lol

In your opinion yes, in mine it's the best pro edition.

Yes, i've never been a fan of a limited edition console.
27th Dec 2019
Is this the latest ps4 pro revision?