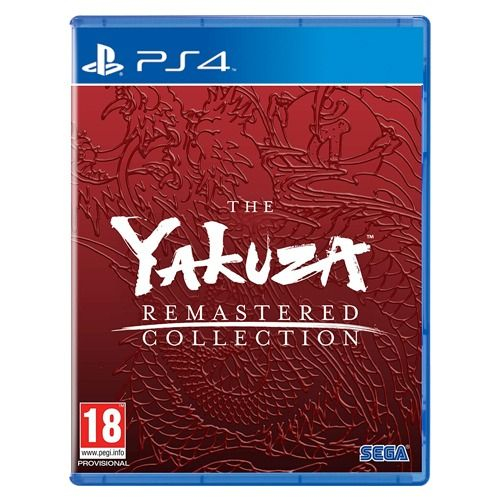 Complete the journey of the Dragon: the Yakuza remastered collection brings the final missing chapters in Kiryu’s story to the PlayStation 4. From Yakuza 0 to Yakuza 6: the song of life, players can now experience the full story of the Dragon of Dojima, all on a single platformremastered and refreshed: all three games in the collection have received impressive graphical and performance upgrades, from 720p at 30FPS to 1080p at 60FPS and have also gone through a rigorous re-localization process. Missing content from the original Western releases has been re-added to the remastered versions, and the full English scripts have been reviewed, revised, and had portions rewritten for accuracy alongside the original Japanese releases
PostTweetShare Share with WhatsApp Share with Messenger
Community Updates
Lead deal editor
10th Apr

Monster-Shop Deals
New Comment Subscribe Save for later
12 Comments
10th Apr
Great price!
10th Apr
That's an amazing price for what you get
10th Apr
Bought, nice one
10th Apr
That's literally hours of your life gone playing this awesome series. I love the Yakuza games
10th Apr
dang nice price
10th Apr
Great price
10th Apr
Very hot, nearly bought this last week for £35
10th Apr
Really a good price. I suggest anyone who wants it to order as it is not going to hit this low for a good long time.
10th Apr
Just missed it, now out of stock, got as far as putting my card details in as well. Oh well, will have to wait a bit longer.
10th Apr
OOS
10th Apr
Damn out of stock!

The £35 version would have been the limited edition one with the different box and the extra PS3 case for Yakuza 5 but a tenner's a tenner I guess. This was priced way too low, no wonder it's OOS so quick.