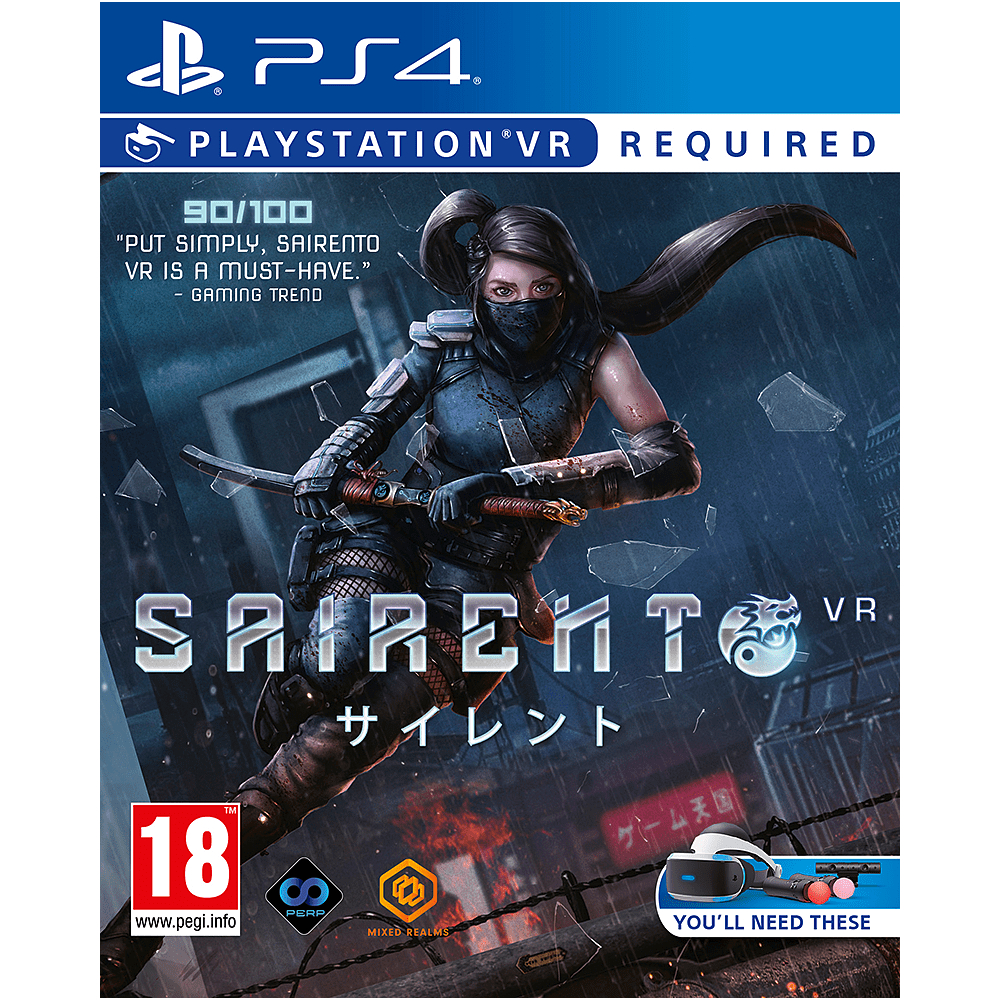 PLAY AS A CYBER NINJA WARRIOR WITH AN ARSENAL OF DEADLY WEAPONS...

Crazy Machines is one of the biggest puzzle game franchise’s in the world, spanning multiple games and millions of units sold. And now, you can play Crazy Machines in VR.
Use your imagination. Build crazy machines and contraptions, that turn cranks, rotate gears, pull levers and use explosives and gravity to solve the ever more increasing challenges and puzzles
In VR, players can literally take all components into their own hands and place them within the machines and apparatuses.
_____________________

CoolPaintrVR is the exciting VR painting experince allowing you to draw in 3D space with a large collection of brushes, primitive shapes, tubes, particles and many other stunning effects. Create new retro-style works thanks to the voxels tool included in the CoolPaintrVR Deluxe Edition.
_____________________

QuiVr literally puts the incredibly satisfying power of the of real-world archery in your hands. Tasked with defending your keep from an ever-advancing enemy, you’ll find yourself in a thrilling fight for your very survival!

Tasked with defending your people against an army of invading monsters, all that stands between life and death is your skill, your allies, and the powerful equipment you'll earn along the way.

With satisfying, intuitive archery gameplay, that is a great single player game but is truly unique as a Drop-in/Drop-out 4 player CO-OP multiplayer.
PostTweetShare Share with WhatsApp Share with Messenger
Community Updates
GAME DealsGAME discount code
If you click through or buy, retailers may pay hotukdeals some money, but this never affects which deals get posted. Find more info in our FAQs and About Us page.
New Comment Subscribe Save for later
5 Comments
25th Nov 2019
Nice. Tempted by Sairento but put off by the £20 min for free p&p (C&C is awkward due to parking). Thankfully I'm after Shadow tactics as well which they have dropped the price of (now £5.99 was £7.99).
25th Nov 2019
Thanks for the heads up! Placed an order together with Shadow Tactics for free shipping
25th Nov 2019
Good spot Op,ordered Sairento ,cheers
26th Nov 2019
Thanks, reserved Sairento for instore pick up
28th Nov 2019
Graphics 6/10, gameplay 9/10
Fun factor 9.5/10