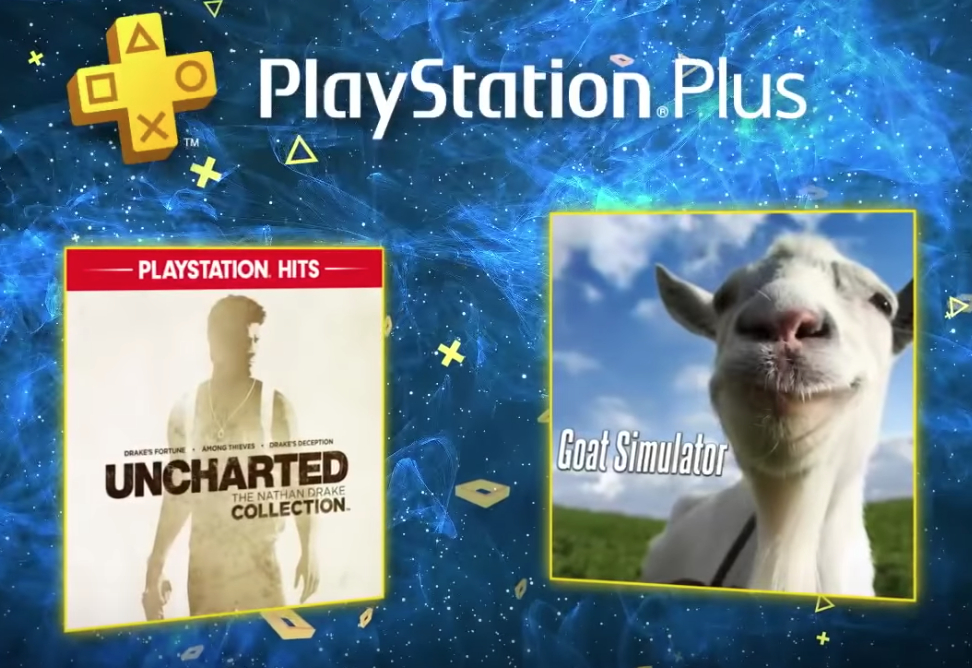 You'll be able to grab them when they go live, here
Playstation PSN DealsPlaystation PSN Discount Codes
If you click through or buy, retailers may pay hotukdeals some money, but this never affects which deals get posted. Find more info in our FAQs and About Us page.
New Comment Subscribe Save for later
Top comments
1st Jan
disappointing, but glad more people can enjoy my favourite gaming franchise 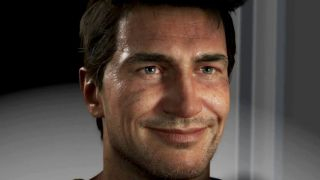 1st Jan
It does feel like this should have been a plus month 2 year ago.
1st Jan
Ps3 games and a game that is as fun as sticking needles in your eyes.
1st Jan
Anyone who has a PS4 and has not played Uncharted has no business owning a Playstation.

1st Jan
Decent lineup played them both but I can't complain don't currently have both. Thanks + heat
1st Jan
Goat simulator that's baaaad

I'm going to be a sheep and flock off!
Edited by: "digweed" 1st Jan
1st Jan
I hope its true uncharted are amazing will have to replay them all, and goat simulator looks fun for my boy, thanks heated
1st Jan
It does feel like this should have been a plus month 2 year ago.
1st Jan
Why do I feel like this collection was already offered for "free" already ... Either way pretty terrible lineup considering how old these 2 offerings are & how cheap you can get them for, one of which is only good for the first few mins of playing as well.
Glad I didn't renew now (granted my plus runs out in April). Overall poor showing from Sony to kickstart the new year .
Edited by: "macethedon" 1st Jan
1st Jan
Maybe add in the title, these are 'Playstation PLUS' games for Jan, it's quite confusing after NYE...
1st Jan
also some of the dlc for goat simulator is actually decent and worth picking up on sale

• Local Goat-Op with up to 4 players!
• Tons of unlockable new goats with special powers!
• Contains zombies, because you can’t have a zombie apocalypse without them
• You can craft anything in the world, as long as it’s one of the half dozen weapons in the game

• Crowdfund a space colony and get other people to pay for it and do all the work!
• Endless space full of planets to visit. But seriously it would take forever to go there so why bother
• There is one planet nearby though. Go to that one
• Fly and shoot stuff in space, because nobody makes games about flying and shooting in space anymore
• Learn how to be a real bridge commander!
• The biggest map in goat simulator history, filled to the brim with exclusive content.
1-4 players

• FOUR AWESOME GOATS - be a camel, flamingo or even a dolphin in a wheelchair, there are no limits (except the 4 playable goats)
• Use your goat crew to smash & grab, then blast away all your money at Goat Gambling
• PRANKNET - The static contract database lets goats pick and choose from available jobs by connecting with local contacts such as Vlad the Crimean, and you get to run his errands
• Buy things using your easy-earned cash. Mostly masks. Okay only masks.
• More masks - You can even wear that mask with the American flag on it, whatever that character is called, I don’t know...
• Unlock new, even dumber stuff. Because this is friggin’ Goat Simulator.


currently full price at around £5 each or £18 for the complete dlc bundle but has dropped to under £2 each or £5 for the bundle in sales
Edited by: "dealhard" 1st Jan
1st Jan
Ps3 games and a game that is as fun as sticking needles in your eyes.
1st Jan
Move along people, can't see a deal here..
1st Jan
Pretty crap tbh. Drake collection ...... Only new ps users won't have played those.
Tbh Sony should be tryin to charm the pants off its current subs, I'm on the fence when it comes to the next gen consoles this year.
1st Jan
Not bad, even though I already have Nathan Drake's Collection at least I can grab Goat Simulator.
1st Jan
Terrible. Most ppl will have uncharted stuff if they wanted it by now and goat sim looks like it was made by a goat
1st Jan

3 has been on plus back in the ps3 days but not the remasters
1st Jan
Pretty rubbish. I would have been happy with Uncharted Lost Legacy.
1st Jan
Why are people grumbling at this? 3 Uncharted games remastered is awesome. Got all 3 plats on PS3 but haven't played remasters yet, been close to buying a few times but never did, good month for me bar goat sim.
1st Jan

That would be unfair to goats
1st Jan

Because, like with The Last of Us, most people will have played them who want to play them.

With the age of these games, it's a very poor offering.
Got plats for all 4 already. Probably won't revisit.
1st Jan
I ain’t afraid of no goats.
1st Jan
Brilliant! Been itching to play uncharted and was considering buying the collection last night. Might have to buy lost legacy and number 4 again
1st Jan
Not a terrible offering, I haven't played the first Uncharted game, Goat simulator, well I guess it is what it is... Doubt I will play it for long...
1st Jan
Anyone who has a PS4 and has not played Uncharted has no business owning a Playstation.

I best sell mine then...although the first three Uncharted games where remasters for the ps4... I bought my first ps4 to play Bloodborne.
Edited by: "Just.Wondering" 1st Jan
1st Jan

So people should be happy because they get to replay games they already played?
Edited by: "Mojomaster1979" 1st Jan
1st Jan

I best sell mine then...

Unless you got it in the last year, yes
1st Jan

Unless you got it in the last year, yes

Although the first three Uncharted games where remasters for the PS4, originally released on PS3... I bought my first PS4 to play Bloodborne, a real PS4 only title.
Edited by: "Just.Wondering" 1st Jan
1st Jan
Oh the amount of people in for a world of pain trying to get the Flappy Goat trophy for the Goat Simulator platinum. Thankfully I got it after a few days of trying on and off.
1st Jan

Well what I was saying was slightly tongue in cheek. Bloodborne is a great game.

BUT, Uncharted is the flagship franchise for Playstation, and I would expect the people who have not played them are a minority.

So the offering this month is shocking to say the least.
Edited by: "Mojomaster1979" 1st Jan
1st Jan

Well, not really the flagship franchise for PS4, maybe for PS3, we've only had one real PS4 only Uncharted game back In 2017, long after the release of the PS4, I'd say that Naughty dog have been pivotal in the flagship release game The last of us...but then again it is a remaster on PS4.
Edited by: "Just.Wondering" 1st Jan
1st Jan
Blah, or should that be bleat, who wants goat simulator? really? Uncharted 4 would have been a better choice. I think the majority would have played the uncharted collection by now.
1st Jan

Uncharted is 100% the flagship franchise on Playstation. That might now change going into the PS5 era but despite the success of The Last of Us, Uncharted got Naughty Dog to where they are today.

I personally hope they continue Chloe's adventures, but they won't as it would be too much in competition with Tomb Raider.
1st Jan

Really, I think Crash bandicoot, made Naughty dog... The rest of the titles followed from there... But that still does not explain, why you originally stated people should sell their PS4 console, if they had not yet play the Uncharted (as in the collection, as given away this month) ... That was originally released on PS3..
Edited by: "Just.Wondering" 1st Jan
1st Jan
another awful month.
1st Jan
Goat Simulator?! Surely not!

I made no mention of them needing to have played them on PS4. The point was whether they had played them at all.

Like I said, people who have not are in a huge minority.

Yes Crash was their first big franchise, but the popularity of that was nowhere near Uncharted. Uncharted propelled Naughty Dog into the "major developer" leagues and is now by far their biggest franchise.
1st Jan
I haven't played either as I'm a tight get and buy very few games back of the net
1st Jan

Crash bandicoot was one of the biggest selling games on the PlayStation.... Your original point holds no water...that people should sell their Ps4 if they have not played the Uncharted games in the past year...
Edited by: "Just.Wondering" 1st Jan
1st Jan
Pay £40 odd a year and PlayStation gives us games that came out 4+ years ago. Pay nothing to Epic and they give us games that came out 3 months ago.
1st Jan
IMHO they are trying to push people towards PS Now..... better titles, but I want to play over an extended period of time, not a short window of their choosing for some titles
Edited by: "Spooooooooooooon" 1st Jan