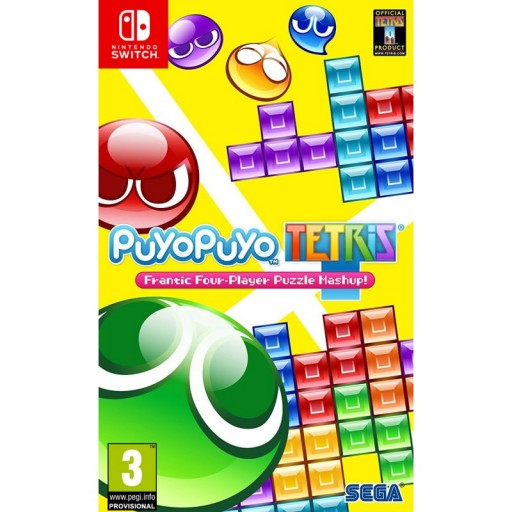 Two puzzle game juggernauts collide as Tetris®, one of the largest-selling and recognized brands in gaming history, and Puyo Puyo™ from SEGA have combined to create a fun-to-play, fast-paced, competitive party game like no other!

Here's a quick rundown of all the different ways to play:

Adventure - Single-player mode offers ten unique acts, each with ten stages featuring different characters from the Puyo Puyo and Tetris universes. Each stage contains unique challenges players will need to overcome in order to win and move on!


Solo Arcade - Play any of the Multiplayer Arcade modes against the CPU in Battle or Endurance matches, or try single-player challenges:


Puyo Puyo Tetris will be the site of many contentious local- and online-multiplayer fights for puzzle superiority when the two games collide in spring of this year.
PostTweetShare Share with WhatsApp Share with Messenger
Community Updates
The Game Collection DealsThe Game Collection promo code
If you click through or buy, retailers may pay hotukdeals some money, but this never affects which deals get posted. Find more info in our FAQs and About Us page.
New Comment Subscribe Save for later
5 Comments
20th Dec 2019
FYI it's currently for £10.49 on the eshop as part of the current ongoing sale.

Also just over £8 in Norway or South African eshop.

This is a great price for a physical copy though.

If that's the case, I would go for the Tetris 99 deal.