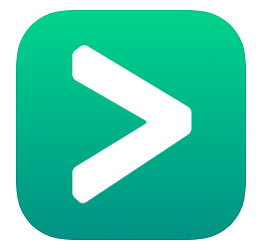 Pythonista is a complete scripting environment for Python, running directly on your iPad or iPhone. It includes support for both Python 3.6 and 2.7, so you can use all the language improvements in Python 3, while still having 2.7 available for backwards compatibility.

In true Python fashion, batteries are included – from popular third-party modules like requests, numpy, matplotlib, and many more, to modules that are tailor-made for iOS. You can write scripts that access sensor and location data, your photo library, contacts, reminders, the clipboard, and much more.

Apart from learning and practicing Python, you can also use Pythonista to automate parts of iOS with app extensions, e.g. to invoke scripts directly from the standard share sheet in almost any app.

>>> Powerful code editor with syntax highlighting, code completion, scripting support, and more
>>> Interactive prompt with code completion, command history, and support for showing images in the console output
>>> Integrated visual debugger and object inspector
>>> Integrated PEP 8 style checker with issues highlighted directly in the editor
>>> Complete offline documentation with quick lookup directly from the editor
>>> Various beautiful light and dark color themes, and a theme editor to make your own
>>> UI editor for quick prototyping
>>> Includes most of the Python standard library and additional modules for graphics, sound, and iOS system services (e.g. clipboard, contacts, reminders, twitter, UI...)
>>> Matplotlib and NumPy for scientific visualizations
>>> Lots of other popular third-party modules, e.g. requests, BeautifulSoup, Flask, bottle, SymPy, and more are included.
>>> Lots of included examples to get started
>>> Universal app for iPad and iPhone
>>> Share sheet app extension for running scripts from almost any app
>>> Custom scriptable keyboard to use Python in any app that edits text
PostTweetShare Share with WhatsApp Share with Messenger
Community Updates
IOS App Store Deals
New Comment SubscribeSave for later
6 Comments
14th Mar
Presumably this could be used to initially develop applications for a Raspberry Pi too? Without the GPIO testing I’m guessing?
14th Mar
A mobile IDE? who codes on a mobile device?
Or is it for macs?
Edited by: "Nostradamus1008" 14th Mar
14th Mar

A mobile IDE? who codes on a mobile device?

Er, all the people who use this app, or any of the other code-writing tools available for iOS, such as Textastic, Koder, Buffer Editor, Panic Coda and others.
14th Mar

A mobile IDE? who codes on a mobile device?Or is it for macs?

You can write code that uses the iPhone sensors, appears in the share sheet in other apps, or as a widget. It's one of my most frequently used apps on iPad.
15th Mar

Panic Coda obviously an investment at £23.99! Textastic good one for MacOS?
22nd Mar
Unfortunately there’s no SciPy support, which makes it unusable for me