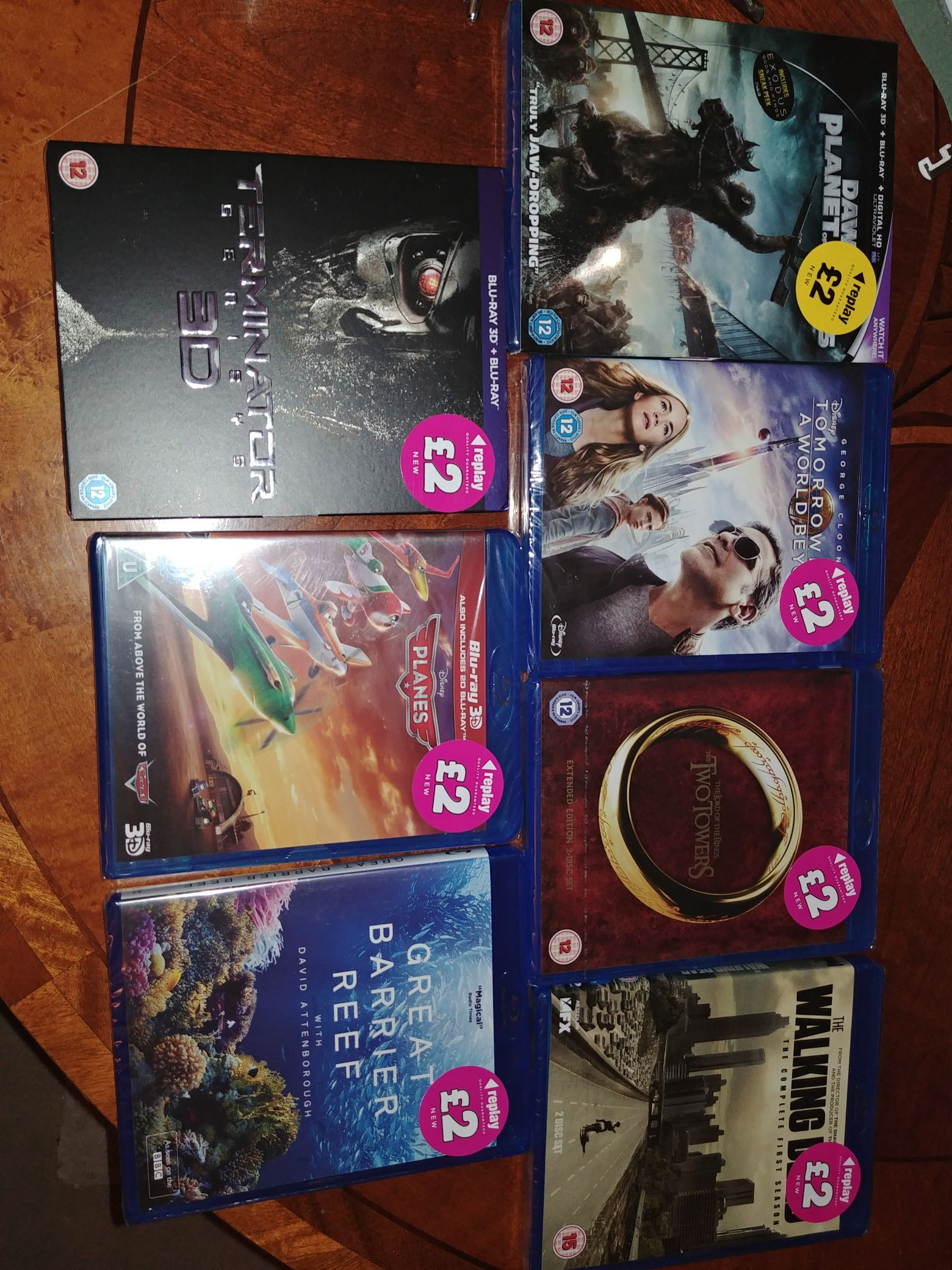 Quality Blu-ray's including 3D £2 in store at Poundland

Found in several stores in Bromley.

Walking Dead Season 1
Terminator Genisys 3D
Dawn of the Planet of the Apes 3D
Disney's Planes 3D
X-Men Days of Future Past 3D
David Attenborough's Great Barrier Reef (series)
Lord of the Rings - The Two Towers Extended Version (previously I have also picked up The Fellowship of the Ring Extended Version for £1)
Tomorrowland
Have seen lots of Hotel Transylvania 2 3D for £1 previously.

Seen in Bromley Borough various stores. Also in Croydon so probably stock in various locations all over the country. There were loads of the 3D titles and The Walking Dead.
PostTweetShare Share with WhatsApp Share with Messenger
Community Updates
Top comments
16 Comments
Post a comment