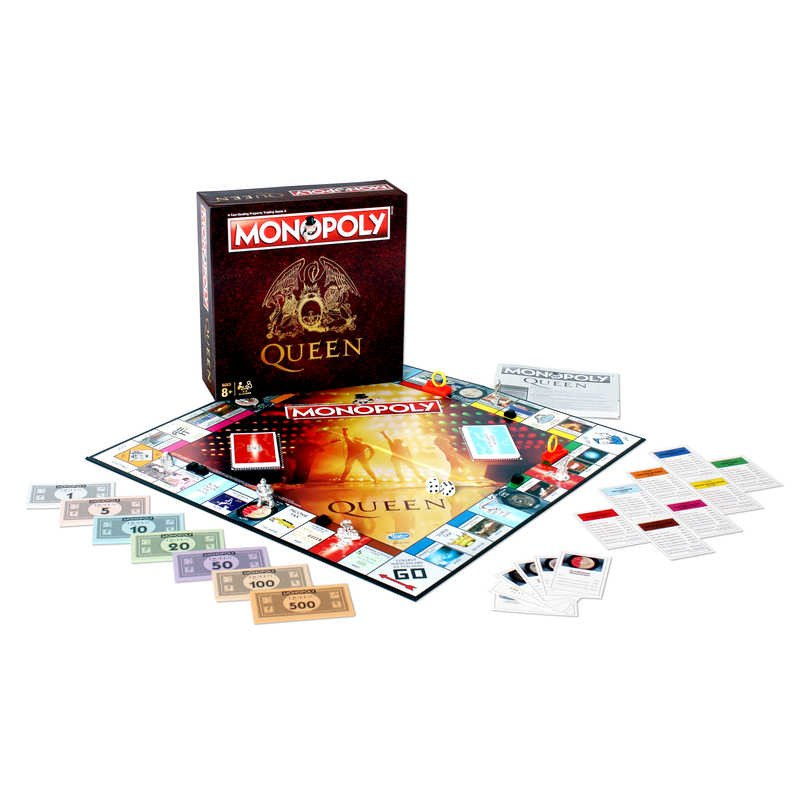 2% TopCashback on sale items. Have tried many discount codes but none seem to work on sale.

Get a taste of life on the road with a rock band thanks to this awesome Queen edition of Monopoly. Pick one of the six collectible playing pieces and start your tour of the board, laying down staging blocks at high profile venues so that you can charge other players an admission fee when they land there. Buy enough staging blocks and you can upgrade to a full-on production, and rake in the mega rock star money! Along the way you'll pick up A Kind of Magic and Lap of the Gods cards, which simulate the highs and lows of the rock and roll life. Will you bite the dust or rock your way to the top-
PostTweetShare Share with WhatsApp Share with Messenger
Community Updates
Hawkins Bazaar DealsHawkins Bazaar discount code
If you click through or buy, retailers may pay hotukdeals some money, but this never affects which deals get posted. Find more info in our FAQs and About Us page.
New Comment Subscribe Save for later
9 Comments
29th Dec 2019
They make monopoly for anything these days...
29th Dec 2019

They make monopoly for anything these days...

Here’s 18 minutes of Brian May unboxing the game.

Thank you for that. One ordered. I know a lady who is gonna love it.

I know a poor boy, nobody loves him. He's just a poor boy from a poor family.
Edited by: "Mr.Nutts" 29th Dec 2019
29th Dec 2019
Sort of want to buy it because it's Queen,the board and tokens look good but I don't think I could ever be bothered playing it.