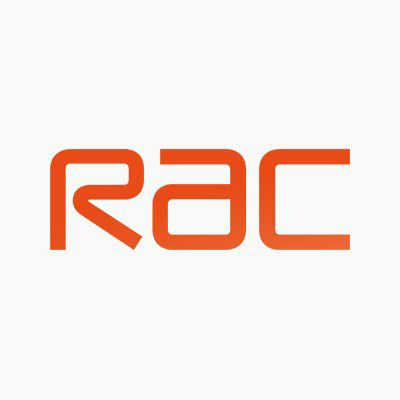 Similar to past deals, this one's for new years.

Think there's 5 days left.
PostTweetShare Share with WhatsApp Share with Messenger
Community Updates
RAC DealsRAC voucher codes
If you click through or buy, retailers may pay hotukdeals some money, but this never affects which deals get posted. Find more info in our FAQs and About Us page.
New Comment Subscribe Save for later
17 Comments
2nd Jan
Start Rescue is about £30 and includes homestart as well as take you to a destination, this would be over £80 using RAC on that link
2nd Jan
No way. Their pricing can't be real. That's ridiculous 😳
2nd Jan
Meh...
2nd Jan
I got peronsal, roadside and recovery for £62 when they were offering this in black friday deals
2nd Jan

No way. Their pricing can't be real. That's ridiculous 😳

That's per month...I fell for it too
Edited by: "Dembe" 2nd Jan
2nd Jan
Be careful if your already an RAC member and take this offer ...you'll loose any loyalty bonus you might already be getting ...

i phoned to query this Flash price as mines due renewal ... I already get close to this offer price but they gave me an extra 3 months free
2nd Jan
I'll keep with Autoaid £60 per year for 2 Adults
2nd Jan

I'll keep with Autoaid £60 per year for 2 Adults

Those guys are great because they outsource completely. For non serious issues the local garages, I can trust those guys to do a small fix, but obvious big issues, I'd rather tow it to my garage, even if I was hundreds of miles away, which these guys do sort out for you (was albeit annoying because was going from Bristol to Wales and the English company would only tow to the border of Wales so required another company to do the rest of the journey. Meanwhile RAC will take forever to get to you, probably spend a good half an hour trying to fix it and then you're put into their long-ass queue, before finally getting towed.

Years ago you had to pay Autoaid upfront and they'd reimburse you, but now they just sort it all out for you which makes them a lot less sketchy.

I've also had the displeasure of experiencing RAC twice. One time, the car battery died and I waited over 2 hours (the operator originally said like 45 mins but kept pushing back whenever I called near the ETA). When the dude arrived, he said he was on break for the past hour waiting for a call... However, I think the RAC are supposed to be half decent if you're in what they consider an emergency situation, so maybe elderly, people with kids in the back, stuck on a busy road, etc. If this is applicable to you then you can give them a try.
Edited by: "anony_mous" 2nd Jan
2nd Jan
Start Rescue have quoted me £35 for my renewal in a month, their price is up to £41+ per year. Have used them twice and been with them 4 years so cant complain. Its pennies really and they send a van out fast and sorted my problems on the spot. Includes home cover.
2nd Jan
Don't know why people are complaining about RAC prices. The 2 times I had RAC cover, it was the best value ever.
Oh, wait a minute. That was each time I bought a car from a local garage and RAC was included. Lol
3rd Jan
RAC are very good in my opinion. I've been towed from York to Great Yarmouth in the past and just last night, my partner broke down on a busy main road and literally after she logged the call a patrol person called saying he was 5 minutes away. Yes, you'll always find cheaper companies but the big players are a usually a safe pair of hands
4th Jan
I'm not sure why this deal was voted so cold, but thanks ever so much to the OP for posting this. I got my AA renewal in the post today for £183 (supposedly the 3 months free price), went to the RAC site earlier to check the equivalent for a new policy and it was £210. Thought I'd check HUKD first and sure enough, through the link above I've now got the same cover for £118.50, for:


That's about the lowest I've paid in about 6 or 7 years I'd guess and it saves taking out a new policy through quidco and waiting months for the cashback to come through (if it ever does).

Glad I helped someone
31st Jan

I'll keep with Autoaid £60 per year for 2 Adults

😬 My wife who was 8mths pregnant and had a 3yr old toddler was stranded on the M42 for 5 Hours with a puncture! They are cheap for a reason, outsourcing isn’t necessarily the best way. Good luck getting recovered.
31st Jan
Autoaid have been great. Whenever we've had to seek assistance they have been very helpful.
Communication 7*
Local recovery firm have attended with 30 mins.
Very knowledgeable & helpful operatives too.
31st Jan

If you state you have an under 5 yr young child with you Breakdown firms put you on their Priority list.
31st Jan

That was the first thing that was mentioned. I’ve also been with Autoaid for about 4 years up till this point and couldn’t fault them. That is until I needed their services, full review on trusted reviews. The main problem was the “helpful and knowledgeable” local operatives were next to useless. They were lying to Autoaid as my wife was listening to conversations by their operative when I was being told different things on the other line! Anyway without boring you anymore full review of what happened on trusted reviews. Good luck