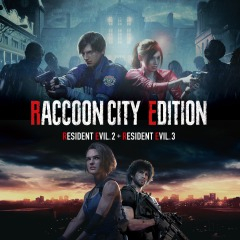 Turkish PSN account required for purchase but you can play it on your UK account after downloading it. Just set ps4 as your primary console on your Turkish account.

Description
Two classic survival horror games reimagined and brought together in one unbelievable package. Play as Jill Valentine as she attempts to escape Raccoon City in Resident Evil 3. Or take control of Leon and Claire in 2019's award-winning Resident Evil 2. This amazing bundle also comes with the 4v1online multiplayer game Resident Evil Resistance.