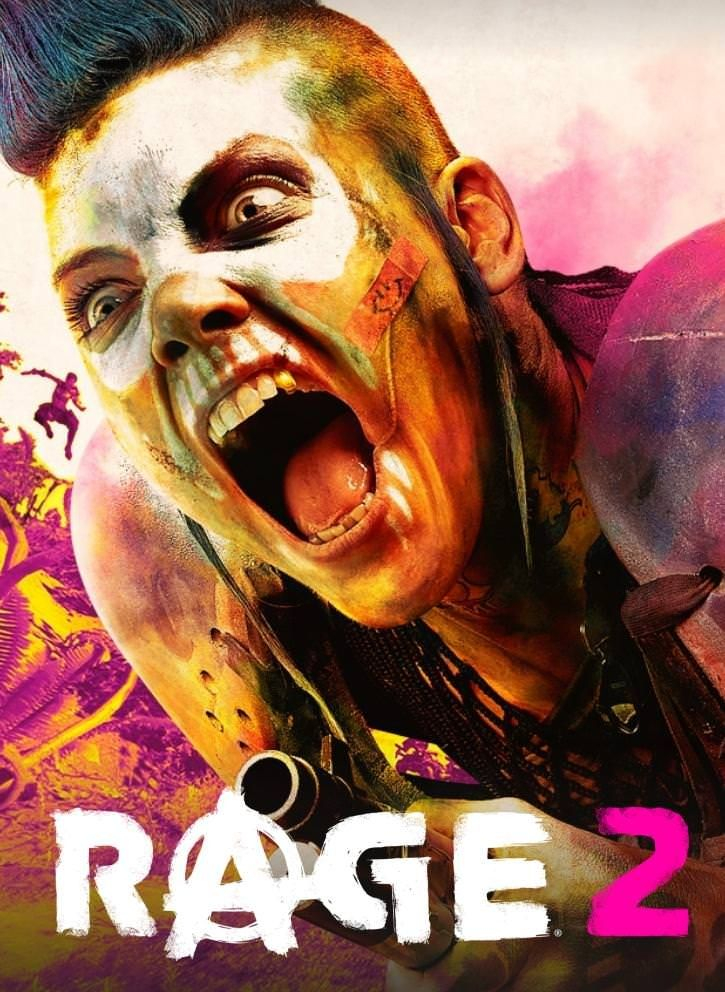 While this title can probably be obtained for cheaper on the Bethesda launcher this looks to be a good price for this game with the added bonus of it using Steam DRM/Activation as opposed to other launchers, netting you the perks of Steam if that's your thing.

Deluxe edition is £11.99 from the same URL and looks to be a good price too.

Dive headfirst into a dystopian world devoid of society, law, and order. RAGE 2 brings together two studio powerhouses–Avalanche Studios, masters of open world insanity, and id Software, creators of the first-person shooter –to deliver a carnival of carnage where you can go anywhere, shoot anything, and explode everything.

An asteroid has annihilated 80% of the earth’s population, and humanity’s numbers are dwindling. Ruthless and bloodthirsty gangs roam the open roads and the tyrannical Authority seek to rule with an iron fist. As Walker, the last Ranger of the wasteland and a threat to their power, you have been robbed of your home and left for dead. Now you’ll have to rage for justice and freedom. With ludicrous vehicle combat, super-powered first-person mayhem, and an open world full of emergent madness, you will tear across an unforgiving wasteland battling sadistic gangs to find the tools and tech needed to crush the oppressive rule of The Authority once and for all.

WELCOME TO THE SHOOTERVERSE
id Software’s shooter pedigree and Avalanche Studios’ open world prowess is dream-team-made-real for RAGE 2. It’s more than a shooter, more than an open world game – it’s a shooterverse.

THE WASTELAND AWAITS
Seamlessly traverse a vast and varied landscape, from lush jungles and treacherous swamps to sun-scorched deserts in your pursuit of The Authority. The wasteland is massive, and you’ve got the arsenal to fight for every inch.

PEDAL TO THE METAL
From monster trucks to gyrocopters, use an assortment of rugged and wasteland-ready vehicles to speed across the badlands. If you see it, you can drive it.

THE LAST RANGER
Bring the pain using a collection of upgradable weapons, devastating Nanotrite powers, and Overdrive, the ability to push your guns beyond their mechanical limits.

FACTIONS & FOES
Fight against ferocious factions for control of the wasteland, each featuring a rogue’s gallery of madmen, mutants, and monsters hungry for blood.
PostTweetShare Share with WhatsApp Share with Messenger
Community Updates
Steam Store DealsSteam Store voucher
New Comment SubscribeSave for later
5 Comments
5th Aug
Great game, had a lot of fun playing this. I got it for under £5 on CD Keys but it was the Bethesda launcher version. This looks like the best price for a Steam version.
5th Aug
Finally a decent price for steam
5th Aug
For this money it's definitely worth a try. The combat, once you've unlocked some avatar abilities and equipped some upgraded weaponry is very visceral, satisfyingly fast paced and most important of all, fun.

The narrative is surprisingly bad though, I thought. Very short, tediously paced, cringeworthy dialogue and voice acting whilst, unfortunately, being quite predictable. Forgivable for less than a tenner In my books!
Edited by: "Dice6" 5th Aug
6th Aug
If you don't "get" it, then worth watching this review which talks a lot about the game mechanics. It certainly made it much more fun for me, after watching it. One word of caution - there seem (even now) to be some performance glitches with it. For sure my PC isn't fast or overly modern (i5 4570, 12GB RAM, R9 280 3GB), but I have to kill everything in order to play it, and weirdly 1680 x 1050 at Medium is way, way, way smoother and faster (45 FPS) than 1080p at Low (struggles to hit high 20s). (Also, some drivers seem to conflict with it - e.g. on the July 2020 drivers, it was stuck at 15 FPS, but updating to August got the performance back).

Slightly long ramble, but it's a great game, and well worth spending time investigating the world beyond the "official" projects / missions.
Edited by: "eded" 6th Aug
7th Aug
Just completed this on Gamepass.
Does what is says on the tin. It's a blast. Indeed - there's not much thinking involved, but you're not buying this for award winning plot progression and character development. Certainly worth a punt on Gamepass or this price on steam.