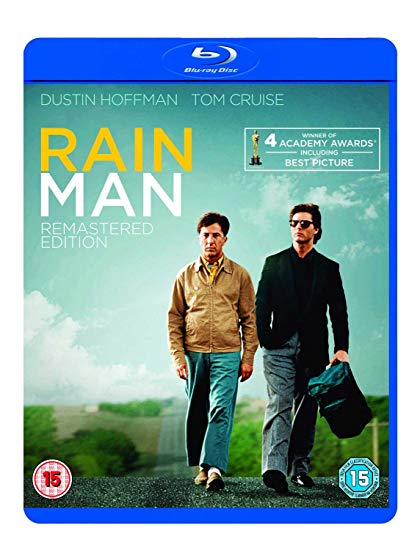 This touching drama about an autistic savant and his younger brother which won four Academy Awards for Best Picture, Directing, Original Screenplay and Actor (Dustin Hoffman) is remastered and as powerful as ever! Tom Cruise co-stars as Charlie Babbitt, a materialistic car dealer who learns that his institutionalized brother Raymond (Hoffman) has inherited millions of dollars. Hoping to somehow get his hands on the money, Charlie abducts Raymond and they set off on a cross-country road trip that becomes an emotional journey of discovery. By the time they reach Las Vegas, Raymond's hidden genius is revealed and they forge an unexpected bond that will change both of their lives forever.
PostTweetShare Share with WhatsApp Share with Messenger
Community Updates
Amazon DealsAmazon discount code
New Comment Subscribe Save for later
5 Comments
1st Mar
Love this movie!!
1st Mar
Gem of a film
1st Mar
Can't find it at the price quoted.
1st Mar 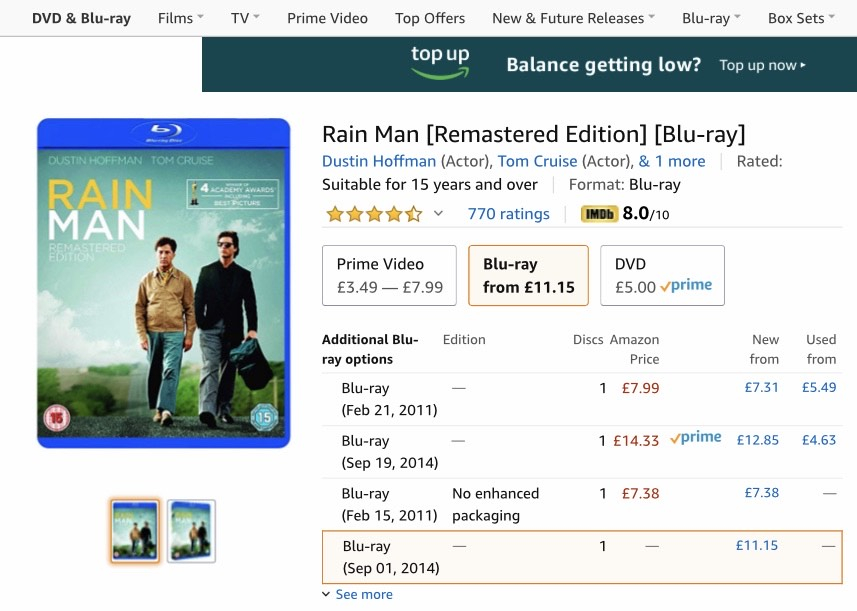