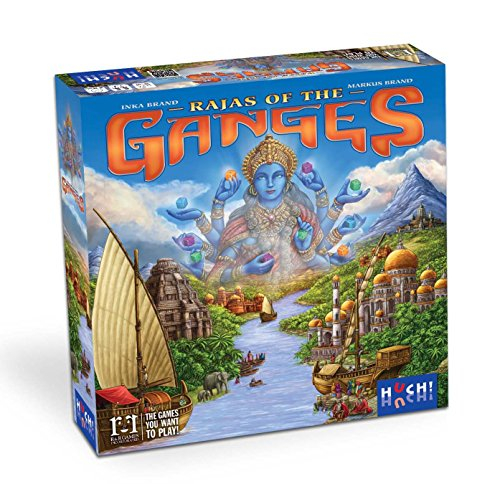 Rajas of the Ganges, fantastic game at a good price. This is the cheapest I have seen it for a while.

India in the 16th century. The empire is ruled by the Great Mogul Akbar; the countless provinces, however, are under the control of the local Hindu princes, the rajas. In Rajas of the Ganges, the rajas compete with each other for power and prestige. Hinduism and the caste system shape people's lives. Taking on the role of rajas, players control the destiny of their princedom and develop their province by using the caste system, trading with goods, and traveling along the Ganges but the Gods also influence their fate. Good karma can lead to wealth and fame, but so can other paths..
PostTweetShare Share with WhatsApp Share with Messenger
Community Updates
Amazon DealsAmazon discount code
New Comment SubscribeSave for later
10 Comments
Post a comment