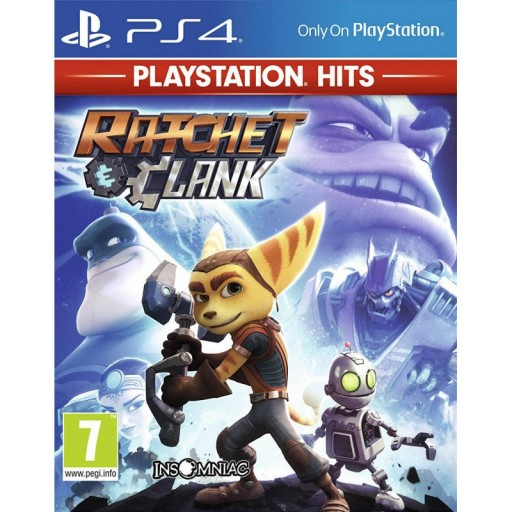 Lovely game at a decent price from TGC.

With an hour of new cinematics (including footage from the film), Ratchet & Clank (PS4) takes a deeper look at the characters’ origin stories and modernizes the original gameplay. Explore the galaxy in a game that features new planets, new and updated gameplay segments, all-new bosses, all-new Clank gameplay, all-new flight sequences, and much more --- with completely new visuals built to demonstrate the power of the PS4!

Battle your enemies with an out-of-this-world arsenal, including new weapons and fan-favorite tools of destruction from the Ratchet & Clank Future series. From the brand new Pixelizer (which transforms enemies into explosive 8-bit pixels) to franchise favorites like the dance-party-inducing Groovitron and wise-cracking robotic bodyguard Mr. Zurkon, Ratchet & Clank’s arsenal has never been better.

Hope it helps someone.
PostTweetShare Share with WhatsApp Share with Messenger
Community Updates
The Game Collection DealsThe Game Collection promo code
If you click through or buy, retailers may pay hotukdeals some money, but this never affects which deals get posted. Find more info in our FAQs and About Us page.
New Comment Subscribe Save for later
3 Comments
18th Dec 2019
Not a bad game, lost some charm of the originals tho
19th Dec 2019
Expired
27th Dec 2019
Up to £11.95 which is still a bargain.