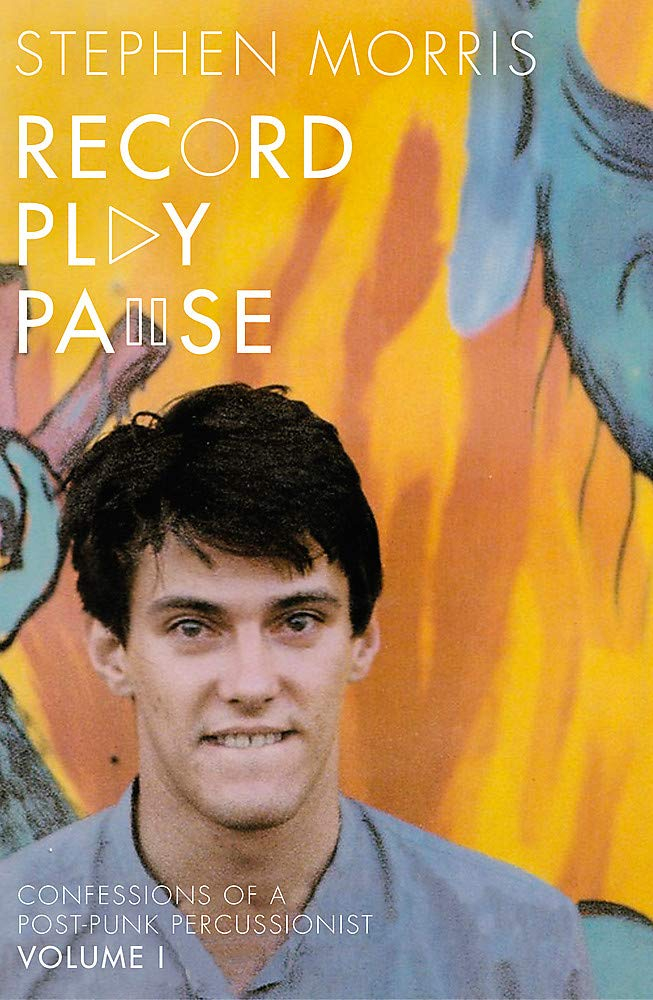 Record Play Pause: Confessions of a Post-Punk Percussionist: The Joy Division Years...(I wasn't able to squeeze in the full title)

Just posted a deal for 'This searing light, the sun and everything else: Joy Division: The Oral History by Jon Savage' (Hardcover) again for £10 (reduced from £20) and noticed this was also on offer. I had intended using a voucher I got for Christmas to buy this as it had dropped to £14 but never got round to it. Glad I waited.

I stumbled across the last deal for Jon Savages' book after visiting The Works...as per that book they also have this book priced at £16.99.

Again, only going to appeal to small audience but thought it was worth sharing. Everyone loves Stephen, I'm really looking forward to reading this book.

I never got chance to see Joy Division play live but did see the newly reformed New Order in the early 80's and thought Stephen's drumming was amazing, it was almost like listening to a drum machine.

I was 15 when I first saw them play live in a local nightclub, I waited outside the club fire doors with a friend who had gone to see them with me. I had two 12" singles stuffed up my shirt; Joy Division: Atmosphere and New Order: Everything's Gone Green.

A roadie opened the fire doors eventually, it was just me and my mate there and he said do you want to get those signed!! Obviously I said yes and he led us inside to back stage and to their dressing room where they all signed both 12" singles, Hooky saying Atmosphere was one of his favourites...aged 15 I was pretty awestruck to say anything sadly, and we left them to their beers!

Before anyone comments..."cool story bro"....(like my 16 year old daughter) Its one I still like to dine out on 35+ years later, and both somewhat dog eared 12" singles take pride of place in picture frames on the wall!...and obviously I'm always more than happy to share that experience with anyone who sees them and asks!!
PostTweetShare Share with WhatsApp Share with Messenger
Community Updates
Amazon DealsAmazon discount code
New Comment Subscribe Save for later
1 Comment
22nd Jan
cool story bro