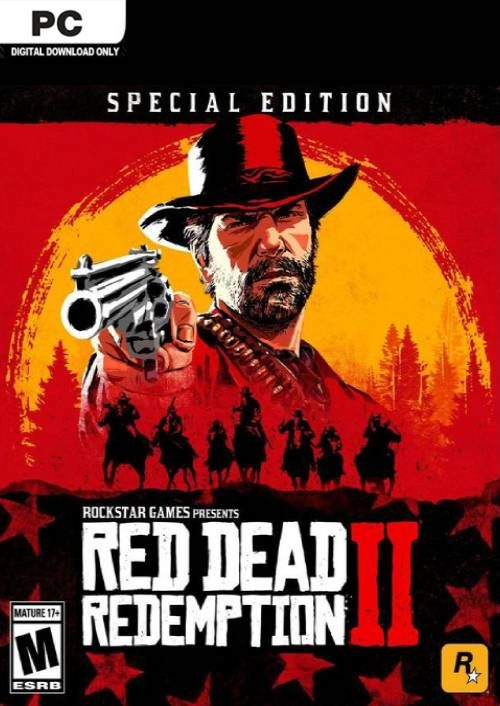 May be a mis-price as this Special Edition is cheaper than the standard version!

However, several buyers have confirmed they have received their keys
PostTweetShare Share with WhatsApp Share with Messenger
Community Updates
CDKeys DealsCDKeys voucher codes
If you click through or buy, retailers may pay hotukdeals some money, but this never affects which deals get posted. Find more info in our FAQs and About Us page.
New Comment Subscribe Save for later
Top comments
17th Oct 2019
Terrible price for a PC game.
17th Oct 2019
damn it... im not happy with these big PC games now being same price or more then console.

I miss the old days where you used to be able to get PC games for £20 lol and on DVD!! 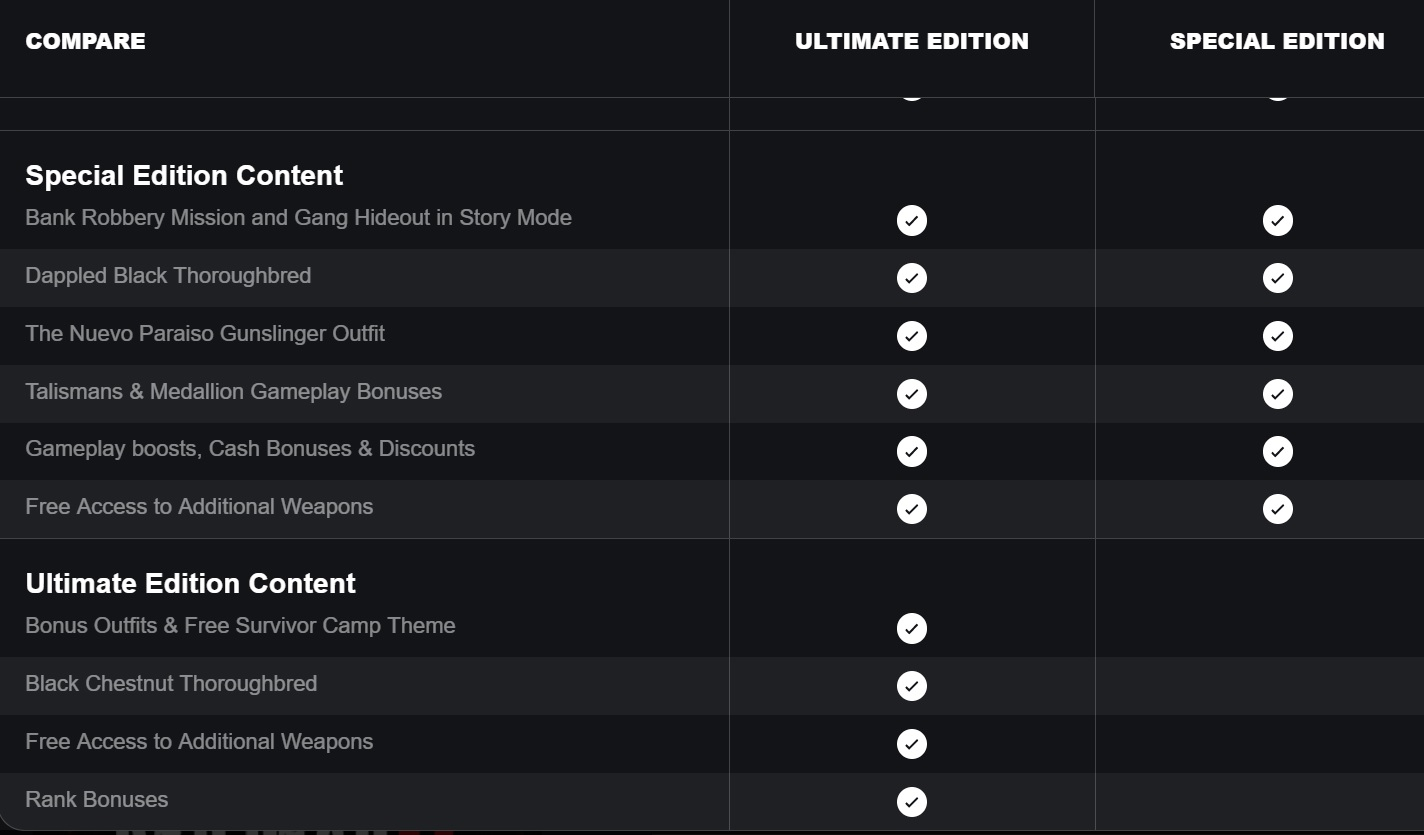 Terrible price for a PC game.

It's the going price for PC games now.
17th Oct 2019
damn it... im not happy with these big PC games now being same price or more then console.

I miss the old days where you used to be able to get PC games for £20 lol and on DVD!!

Wait a month pick it up for half price PC Mater race
17th Oct 2019
Does anyone know what's cdkeys policy for a refund if prices then to be cheaper? Or what is the refund time you can get when buying a key of CD-keys
17th Oct 2019
You know what, I wouldn't mind paying that amount for this game (highly anticipated for me), if it came out at roughly the same time as it did last year for consoles. R* can't expect me to be as hyped, especially when the story and the new-game release has lost it's edge, and has been talked about relentlessly. I am still somewhat excited, but I ain't paying that price for a story that was released last year.

But, that is the best current price at the moment, and CDkeys is reliable.

Personally, I will hold off for the Steam version. I've waited long enough, so waiting a little more ain't a problem. I will try and earn it for free with my Steam skins hehe
17th Oct 2019

In the past, I've managed to get refunds before releases,and managed to get partial refunds for prices that have dropped. But OP said that people are receiving their keys instantly for R* Launcher, so I don't think you'll get anything after receiving your key.
17th Oct 2019
I've missed out on a number or prerelease codes when it gets slightly cheaper than official release date. I've been trying to avoid all red dead content till I played the game in its full glory on the pc. I'll hold off for now and wait closer to release date.
17th Oct 2019

Those were the days, miss play.com and their £17 preorders
Edited by: "dealhard" 17th Oct 2019
17th Oct 2019
Ordered, best price around at the moment.
I am not used to spending this much on a PC game but this should be worth it. Was struggling with parting with £54.99.Do not see the point in waiting for the steam (or any other) version, as it will just direct you through R* anyway, like it does now with GTA V. But I guess some like all their games in one place.
17th Oct 2019

I like using the Steam Overlay for chat, and I like the Steam Achievements etc. But you are right, it will need the Launcher anyways, but I won't need to launch it via that, which is better IMO.
17th Oct 2019

Mine says that codes will be delivered on or before 5th November so guess they had some early stock and will just fufill the rest on/before release.
Edited by: "TUFCfan" 17th Oct 2019
17th Oct 2019
What's special about this edition?
17th Oct 2019

Sod that day 1 for me
17th Oct 2019
Sorry guys about the price, I'd been waiting for months to buy a new pc, seeing how cheap pc games where compared to console. Well, thanks to this site I managed to find a shiny new pc and ever since then the top games have all been expensive, interestingly I'm seeing PS4 games coming down which I'm loathed to buy as I want to use my pc. Anyway, it's all my fault
Edited by: "SirDoss" 17th Oct 2019
17th Oct 2019

What games are you seeing on PC, that is more expensive than console, when released simultaneously?

PC games have always been cheaper, from my experience. You do use sites like CDkeys, above? They also sell console keys.
17th Oct 2019
Okay, it was a bit of a joke post. However, the newer titles I've fancied on pc are not as cheap as newer games seemed to be before I bought my pc and over the last few weeks I have been seeing some very good deals on ps4 which are better than deals available when I was reliant on that.
17th Oct 2019

I see. Well, depends on the game that you want , I suppose.

Maybe they are cheaper, as PS4 is coming towards end-of-life? I've been playing games like Rainbow 6 for a few years now, and I don't have to worry about buying a new console, to get a remastered edition. I also don't have to worry about paying for Online play. And every game I've purchased on PC, has been cheaper than the console variant. I know this, because my buddy gets the same games for his Xbox One.

Another way I can suggest you playing some titles cheaper, is to get a 99p Xbox Games Pass, and play brand new titles for a month, unlimited.

RDR2 is a sought after game, so will naturally be at a higher price than most. It was also announced very close to its's release, which does not help. Most games on announcement, you can pre-order a key at a far cheaper price.
17th Oct 2019 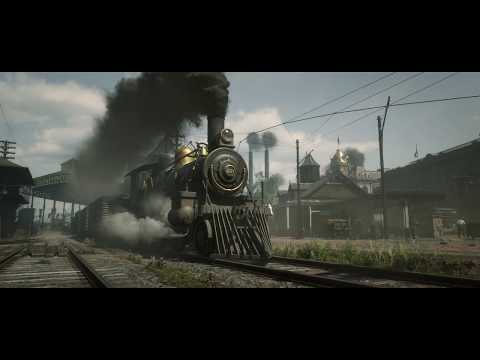 can't wait to play it again, one of my favourite titles on console.

What's special about this edition?

What's special about this edition?

It is really not. It's the price for Triple A titles that can hold it's weight, they are very rare. Most PC games are £20-30 if you know how to buy.
18th Oct 2019
What's the different between special edition and the normal edition on PC?
18th Oct 2019

What's the different between special edition and the normal edition on PC?

See one of the early comments, shows the difference in versions
18th Oct 2019
Already got on PS4 can wait as haven’t finished it yet so maybe Steam sale purchase.
18th Oct 2019

People said that about the first one.

Having just played RDR1 again to refresh my memory I can understand that POV but I for one, really enjoyed the ambience of it; Trotting around in the wilderness on a horse as the sun sunsets on a huge TV is quite special, for a video game.
18th Oct 2019
Would this also unlock the 2 free games offered on R* Launcher?
18th Oct 2019
I never finished the console version, the controls wound me up and by chapter 4 I was pretty tired of it.

It's the PC version though, and nobody does it better. It should fix all the woes of the console versions and them some extra. I can wait a bit until the price drops, although I suspect it'll hold its value strongly like GTA5 did.
18th Oct 2019
Really tempting at this price but I'm going to wait till the 23rd first to see how much other sellers can offer. On the 23rd pre orders open on epic, greenman gaming, humble etc. 9 times out 10 cdkeys ends up being the cheapest place but there have been a few rare times where green man have been able to do better. Worth waiting the 5 days to see imo.
18th Oct 2019
Says £49.99 for me?