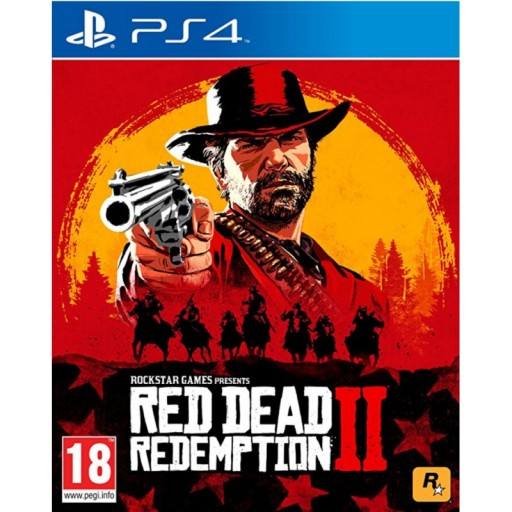 DESCRIPTION
America, 1899. The end of the wild west era has begun as lawmen hunt down the last remaining outlaw gangs. Those who will not surrender or succumb are killed.

The Outlaw Survival Kit contains a collection of key supplies for enduring the rigours of life on the frontier, including items to replenish Health, Dead Eye and more. The Outlaw Survival Kit is available in Red Dead Redemption 2 Story Mode.
PostTweetShare Share with WhatsApp Share with Messenger
Community Updates
The Game Collection DealsThe Game Collection promo code
If you click through or buy, retailers may pay hotukdeals some money, but this never affects which deals get posted. Find more info in our FAQs and About Us page.
New Comment Subscribe Save for later
13 Comments
3rd Dec 2019
Nice @Brutes‌
3rd Dec 2019
Yeahhh was waiting for 4p discount all year ,thanks 😁 ‌ ‌
3rd Dec 2019

Yeahhh was waiting for 4p discount all year ,thanks 😁 ‌ ‌

That's not a discount but £23.99 is the next best price at Mosnter-shop, TGC had just reduced the price from £24.95 to this.
3rd Dec 2019
Such a good game, hoping they do a undead type of dlc for it in the future.
3rd Dec 2019
What does the DLC unlock? Is it worth the extra over a used copy without it?
3rd Dec 2019
grabbed mine from CEX for £15. cat. believe the geeky beggars put their prices up again. I suspect there won't be any DLC with a new standard version that you buy now.

Pre-orders and early buyers got a different DLC horse and some minor extra items, which made pretty much no difference at all as you can pick them up from near the start of the game anyway.

The Special and Ultimate editions have a bit of extra DLC. I have the latter, and to be honest they aren't worth more than maybe £3 extra in single player (you also get some online money, not sure if that's worth anything as I haven't played online)

Just get a standard edition, and enjoy one of the best games ever made.
Edited by: "Barryburton97" 3rd Dec 2019
3rd Dec 2019
CEX are a supply and demand seller, it's their business. If their stock levels drop a little and demand rises, so do their prices. If they have too many copies and little demand, prices drop.
3rd Dec 2019

i think you give them too much credit

they’ve had a ton of copies in my local for ages. they’ve put prices up because it’s Christmas and people will be looking.
3rd Dec 2019

They put the prices up because....their not a charity, but a business?.

yes. although surprisingly the price they pay hasn’t increased.

Wait till its just digital, and no more fresh physical copies. Then the physical price for older games will increase significantly .
4th Dec 2019