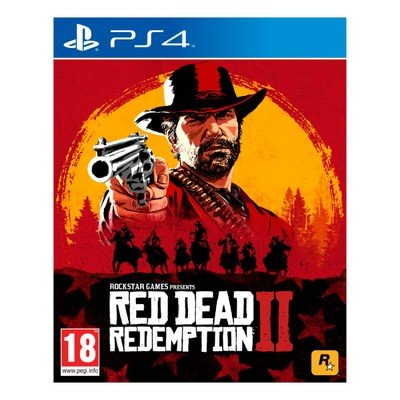 For 2 lucky buyers .. ‌ ‌
Thanks MIchael for the code .America, 1899. The end of the wild west era has begun as lawmen hunt down the last remaining outlaw gangs. Those who will not surrender or succumb are killed.

After a robbery goes badly wrong in the western town of Blackwater, Arthur Morgan and the Van der Linde gang are forced to flee. With federal agents and the best bounty hunters in the nation massing on their heels, the gang must rob, steal and fight their way across the rugged heartland of America in order to survive. As deepening internal divisions threaten to tear the gang apart, Arthur must make a choice between his own ideals and loyalty to the gang who raised him.
From the creators of Grand Theft Auto V and Red Dead Redemption, Red Dead Redemption 2 is an epic tale of life in America at the dawn of the modern age.
PostTweetShare Share with WhatsApp Share with Messenger
Community Updates
Music Magpie DealsMusic Magpie Discount Codes
New Comment Subscribe Save for later
Top comments
26th Jan
‌
26th Jan
Cold, someone has rubbed their sweaty bum on this, I know, it was me.


Heat 🔥
26th Jan
Surprised at how quickly I lost interest in this. It’s a wonderful game but I’d recommend ploughing through the story rather than all the side stuff. Spent so long playing dominoes and working I got bored before progressing much in the campaign. Essential at this price though if you haven’t got it
26th Jan
OOS.
26th Jan
This game was an odd experience
Hated it, loved it, 150hrs and 100% later... hated it