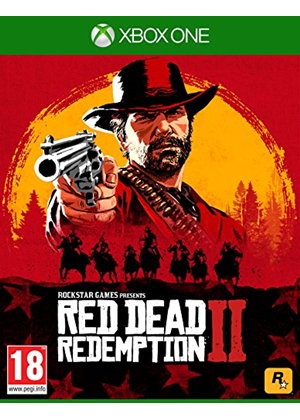 For those that missed the eBay deal and want to play one of the best games ever to help pass the time...

After a robbery goes badly wrong in the western town of Blackwater, Arthur Morgan and the Van der Linde gang are forced to flee. With federal agents and the best bounty hunters in the nation massing on their heels, the gang must rob, steal and fight their way across the rugged heartland of America in order to survive. As deepening internal divisions threaten to tear the gang apart, Arthur must make a choice between his own ideals and loyalty to the gang who raised him.
PostTweetShare Share with WhatsApp Share with Messenger
Community Updates
Base.com DealsBase.com discount code
New Comment Subscribe Save for later
5 Comments
27th Mar
£24.85 for me
27th Mar

This is not so kid friendly if you're thinking of playing with kids around.

There's a big red 18 in the corner for a reason