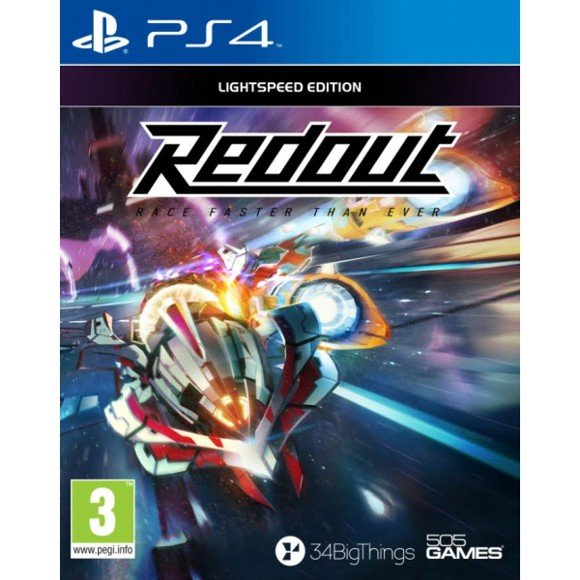 Nice price, Dropped TODAY.. ..Product description
Redout is a tribute to the old racing monsters such as F-Zero, Wipeout, rollcage and POD. It is designed to be an uncompromising, fast, tough and satisfying driving experience, soaked in that vertigo that stands at the core of the arcade racing genre. 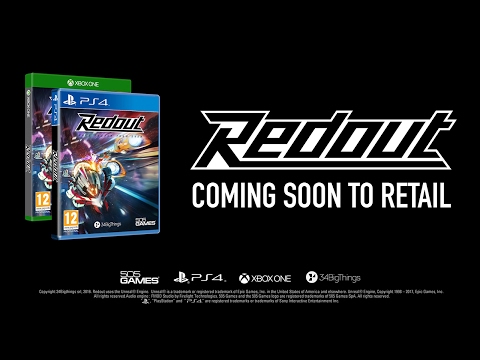 RedOut takes arcade racing enjoyed in such classics as F-Zero, WipeOut, and Rollcage to the next level with a fast, uncompromising, and satisfying driving experience on the Unreal 4 Engine. Hop in the driver's seat and go head to head with 12 friends as they speed through more than 25 stylish tracks to a heart pounding soundtrack.

AD 2560. Earth is stripped of its natural resources. Global warming caused the melting of the northern polar ice cap, tropical storms ravage all areas that didn't suffer from desertification.

Pockets of humans are crawling their lives away in a few slums, descendants of those who were left behind or refused to leave. Others created huge conurbations, based upon some of the most populous cities once on Earth. Most of humanity, though, has moved on the Moon, Mars, Titan, and Saturn's other moons. Earth is often used as a location for entertainment events like hi-speed races, futuristic amusement parks and zoos, which allows local communities to work and profit in a harsh environment.

One of the most popular sports is the SRRL, or Solar RedOut Racing League: the fastest racing league ever created, where humanity's best pilots drive high speed, anti-gravity ships on magnetic tracks, risking their lives at each and every corner, in exchange for never-ending glory.

REDOUT KEY FEATURES:
PostTweetShare Share with WhatsApp Share with Messenger
Community Updates
Coolshop Deals
New Comment Subscribe Save for later
7 Comments
19th Jan
If I already have Wipeout and play it on VR, does this offer me anything?
19th Jan
Is this better than wipeout because i was disappointed with wipeout... Wipeour fusion on ps2 was miles better..
19th Jan
I tried this on PC and it did not grab me...
19th Jan

If I already have Wipeout and play it on VR, does this offer me anything?

No VR support on console and the online is dead. However the gameplay is really good, similar to Wipeout but differentiated enough that it doesn't just feel like a clone. Also has a healthy amount of single player content.
19th Jan
Holding out for the ultimate edition as the extra tracks sound like great content.
19th Jan
Would definitely recommend if you love Wipeout. I had a good time with it.
20th Jan
This was on PS+ Asia a while back so there's a chance it'll also pop up on the UK PS+ at some point too.
The lack of VR is a bummer, but if you're looking for a fast-paced racer then this is a good alternative to Wipeout Omega.