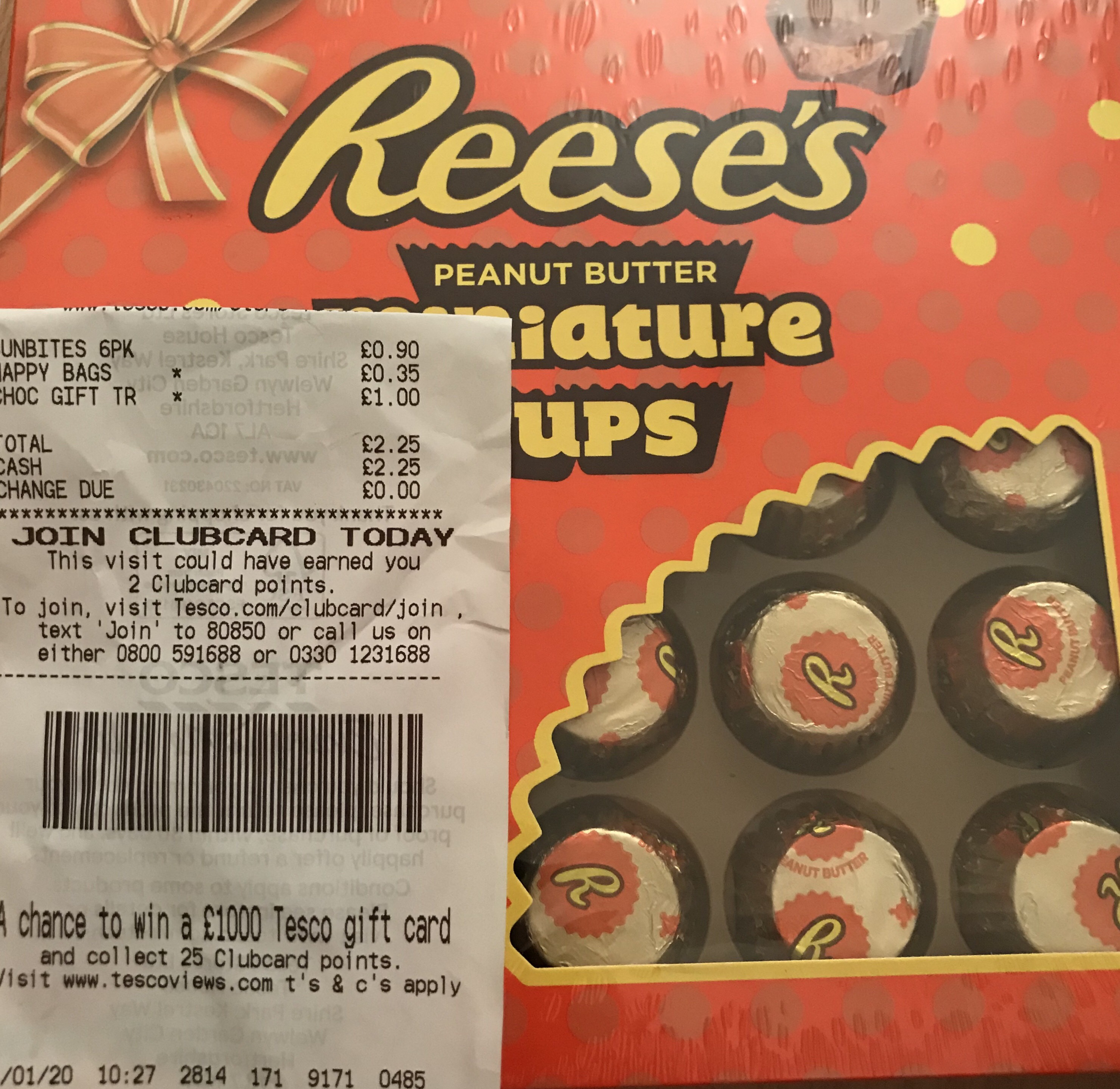 £1 for 25 buttercups
PostTweetShare Share with WhatsApp Share with Messenger
Community Updates
Tesco DealsTesco vouchers codes
If you click through or buy, retailers may pay hotukdeals some money, but this never affects which deals get posted. Find more info in our FAQs and About Us page.
New Comment Subscribe Save for later
15 Comments
1st Jan
Got these the other day. Have so far resisted temptation to open them as when I do they will be gone in one sitting
1st Jan
Got these on the 27/12 from Tesco for a quid. Already opened them.... 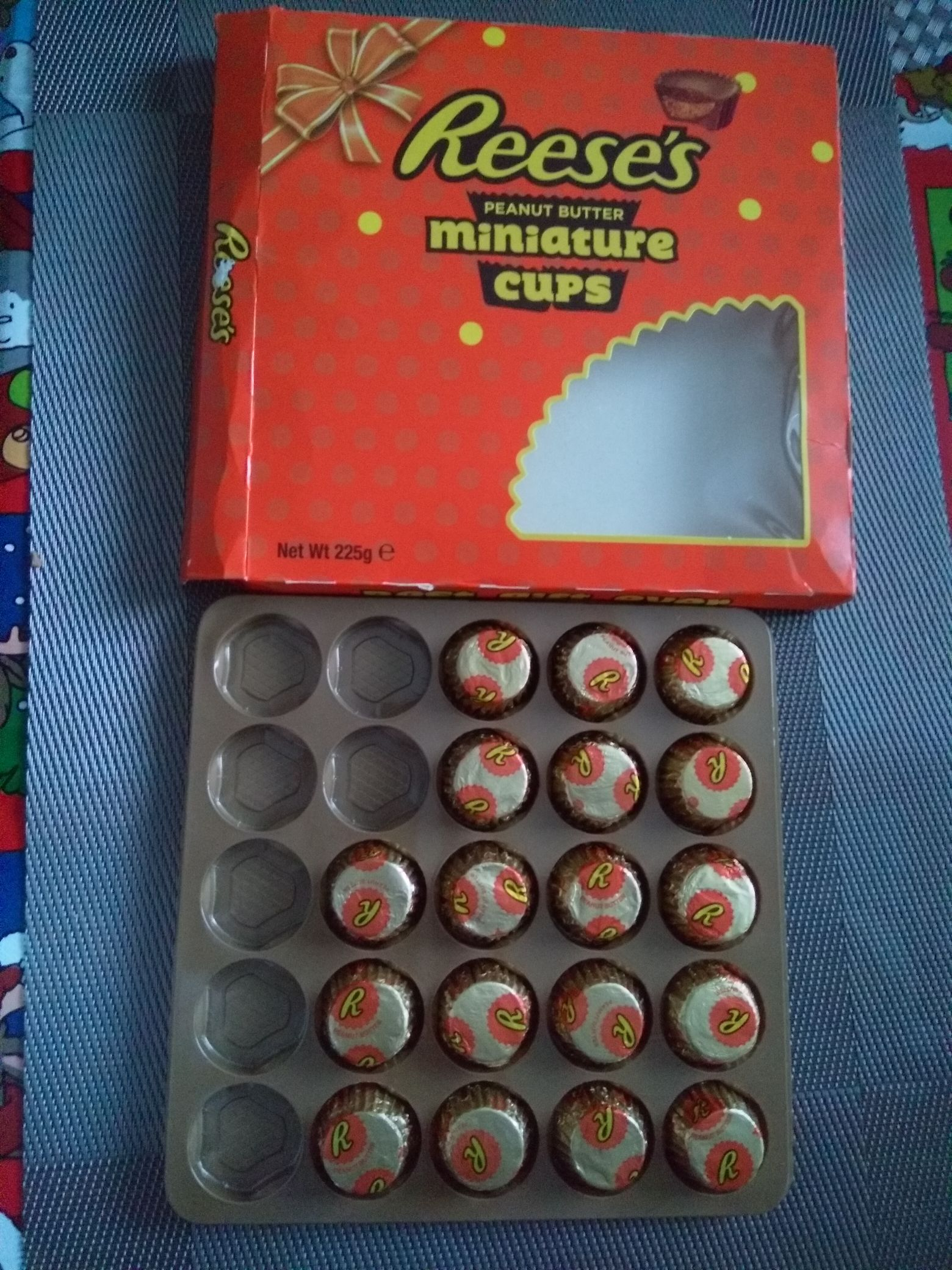 Enjoy
1st Jan
was there many left?
1st Jan
BEWARE GMO in these and other American import goods.

The situation is only going to get worse after Brexit as we must accept more, normally substandard, American junk products. It’s been bad enough with local products being diluted, shrunken, or reformulated until they’re unrecognisable.

I wouldn’t give these to my kids. It’s not worth the risk. Corporations cannot be trusted with food safety of this kind that’s so hard to regulate as they do all the science. It was bad enough with chemical additives. Imagine what genetic modification has the potential to do
1st Jan
Which Leeds store? Were there any more left?
1st Jan

'imagine' yep that's the key part of your post. Just make stuff up
1st Jan
Will eat all of these in one go... whilst telling myself I will go to the gym the day after.
1st Jan

was there many left?

Yup there was a full shelf at the time
1st Jan

Which Leeds store? Were there any more left?

Seacroft
1st Jan
I got these at big Tesco in Aldershot on 28th December. Got 4 boxes anew were more left at the time. Best before April
1st Jan

Theres nothing wrong with gmo. From your comment, it doesn't seem like anyone will be able to persuade you.
2nd Jan
MINIATURE cups needs to be in title!
2nd Jan

All these isnt new and happens everywhere, nothing to do with Brexit
If Brexit means more American brands so be it as I've been a big fan of American food for years
British food is so bland, Reese's would have decided to finally sell their products here with or without Brexit, Brexit hasn't even happened, there's just been a huge trend for American products for years, UK is a big market so I'm surprised not every company is selling products here since theyre big in USA so they'll be popular anywhere since there's definitely a market and demand for Peanut butter Chocolate, surprisingly there's no competition

Let's say if Reese's and other American products in UK are because of Brexit, they're not but if, if it was the cause it will be further prove its a good thing, Reese's must bring in Billions to our economy
Edited by: "Norseg" 2nd Jan
5th Jan
Got to laugh at the pro GMO trolls attacking me for questioning the safety of GMO, or suggesting that increased trade with America post Brexit will result in more of it.

American products are quickly popping up in the cereal and confectionery aisles. There was little to none of this until after the referendum. Now it’s in most if not all the major supermarkets. Confectionery and cereal are particularly easy and obvious targets. Reeses have been around ages now though and I agree they are delicious. Yes, I’ve tried them before, years ago before even the Americans had GMO.

Next time you spot something new on a shelf, might be General Mills, Hershey, or less obviously imported, check the package for a sticker over the ingredients, that’s how I spot them for now.

Frequently it’s because they carry GMO corn and soy and you’ll notice a mandatory sticky label with EU compliant ingredients list stating as much as they’re not bothering to produce an EU market version just for Britain, yet. AFAIK the jury’s out in the EU on GMO and for now it’s safer, legally, to point it out as well as comply with other EU regs.

Speaking of labels. Labelling people who post about stuff like this part of the tin foil hat brigade of conspiracy theorists is so old hat and as ever doesn’t change the facts, which anyone with eyes to see and read can check for themselves. Everyone here will make their own minds up, or they will simply shut up and eat their GMO medicine so we can support an even bigger population. Either way I’m all for it, just like I’m for taxing fags, sugar, plastic bags and booze. All good for me.

I’m just pointing out the same two facts I did before. Products on shelves with GMOs and questioning whether another big experiment like slipping GMOs into kids cereal so early on might possibly a harmful or at least irresponsible gamble, statistically speaking, you know, like asbestos, thalidomide, British beef, smoking, heart healthy margarine with trans fats. Took a while to work those out too. The tin foil hat crowd were trolled for that too, though usually by paid experts rather than educated idiots.

Just be aware of what’s going on, take a moment to read some facts elsewhere, there’s plenty of reputable science out there, though the pro GMO stuff is prolific and doubtless better funded, and think for yourself. All sorts of things were thought safe and the greedy industrialists churning them out did so until they provably weren’t and well beyond. Surely they wouldn’t push GMO without making sure it was safe? It took a long time for the science on smoking to lead to a ban, but the studies were there pretty early on for anyone to read.

Basically says there probably nothing to worry about given what we know, but that nobody’s really looked at it yet, so best stick it in kids cereal and sweets in the meantime

Or, listen to the trolls and the conglomerates and shut up and take your delicious medicine. There’s an excellent chance it’s all fine, and probably very good odds it won’t be you statistically speaking if it’s not. And after all, it IS a really good deal