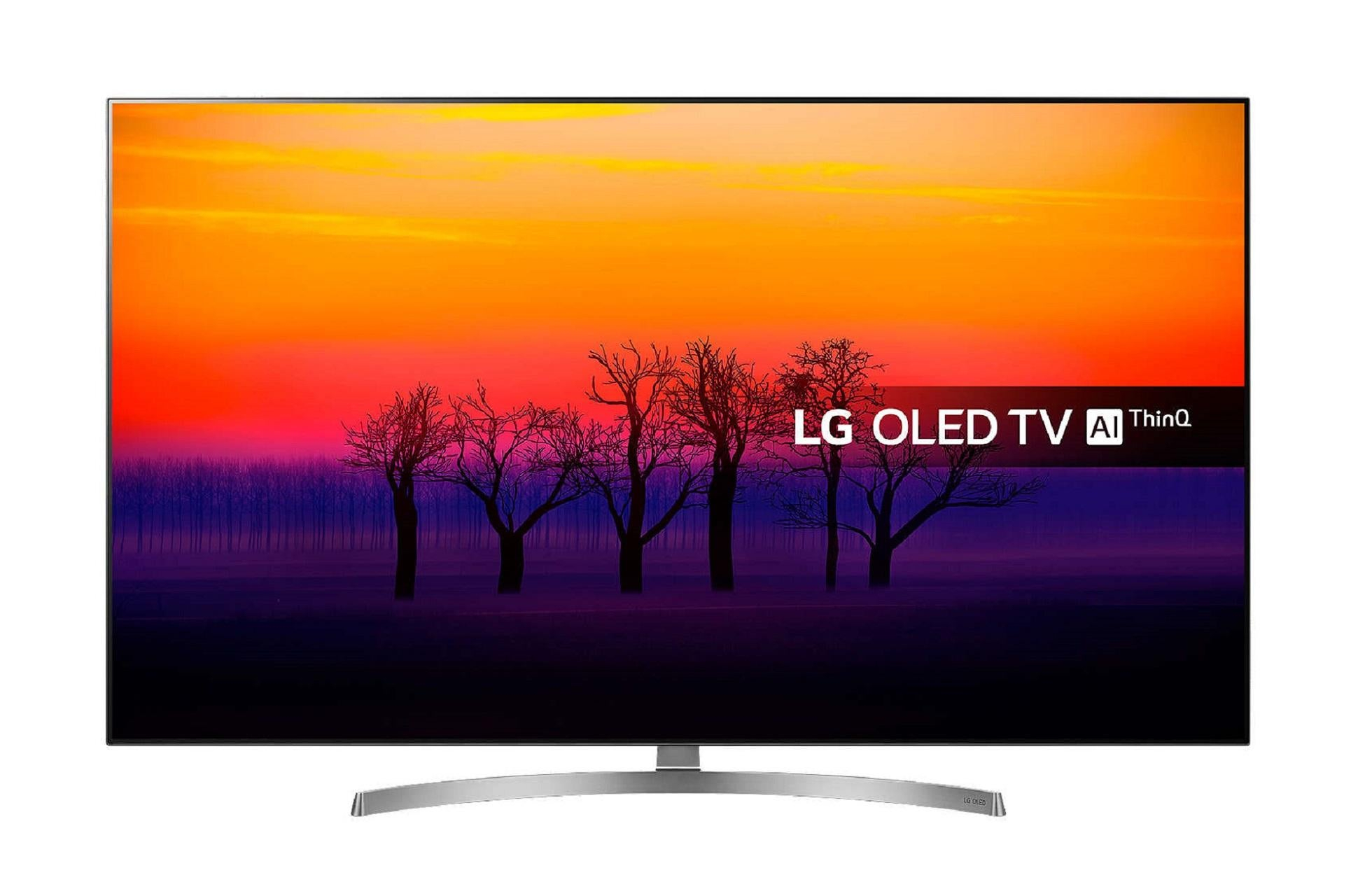 Not seen it cheaper, great telly for the price.

The widest range of HDR support with Active HDR
LG continue their wide range of HDR support with this flexible TV. Advanced HDR by Technicolor offers reference levels of image and colour accuracy. As well as Advanced HDR, this 55" LG TV also offers decoding for HDR10, HLG and Dolby Vision. HDR10 is widely used on UHD gaming consoles from Sony and Microsoft. HLG (Hybrid Log Gamma HDR) is a broadcast and user generated standard format that is set to become the standard for transmitting 4K signals.

Dolby Vision for dramatic imaging
Dolby Vision optimises the HDR format to give quite simply the sharpest, most accurate images possible. Dolby vision-equipped TVs, like this LG, can decode both generic HDR content and content that's specifically been encoded in Dolby Vision - a leading format in Hollywood and cinemas. Dolby Vision also adjusts the picture to take full advantage of each display's characteristics and presents an optimized picture for each scene in specially mastered content.

High Frame Rate Support via OTT*
High Frame Rate (HFR) support at up to 4K/120fps means the potential for smoother images with incredible realism. With a variety of films filmed in HFR since the ground-breaking The Hobbit of 2012, this is the future of movie technology. The technology is also available on some TV shows and is especially impressive with sport. *OTT means that HFR is supported Over The Top using apps such as Netflix 4K. It is not available via HDMI inputs on this TV or simultaneously with HDR.

webOS Smart system now with Google Assistant
The award-winning LG webOS smart TV system is already one of the most highly-rated in the industry. Powerful but user-friendly, webOS makes Smart TV even smarter. Now featuring Google Assistant, webOS just got even better. Google Assistant is capable of changing the channel and input via voice command. It also integrates with services such as Google Photos and Google Maps to make your TV an even greater source of entertainment.

Freeview Play for catch-up TV
Freeview Play makes catch-up TV easy. Find programmes from BBC iPlayer, the ITV Hub, All4 and Demand 5 sitting alongside over 60TV Channels and up to 15 HD channels. Simply scroll back in your TV guide to watch shows you missed from the last 7 days. Just make sure your TV is connected to the internet and you're good to go.