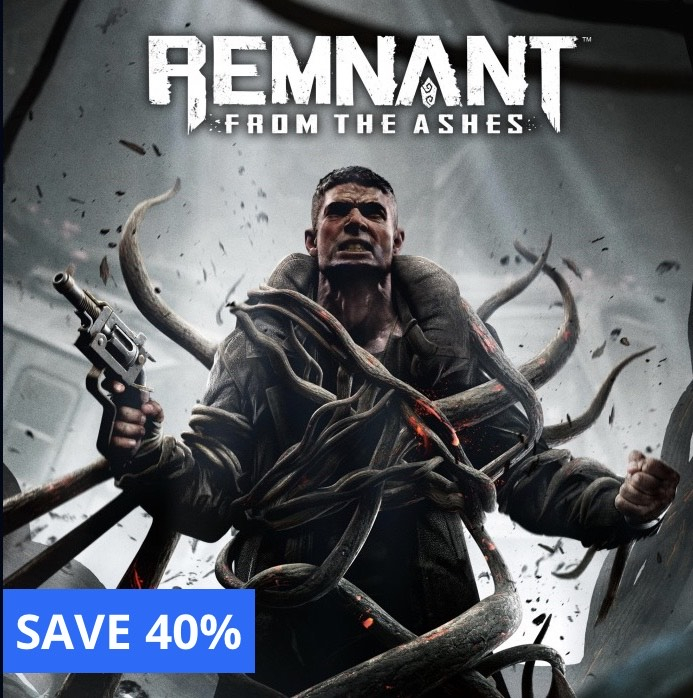 Also available on Xbox one for £20.09 with gold - microsoft.com/en-gb/p/remnant-from-the-ashes/9pbhxgwzts2n

The world has been thrown into chaos by an ancient evil from another dimension. Humanity is struggling to survive, but they possess the technology to open portals to other realms and alternate realities. You must travel through these portals to uncover the mystery of where the evil came from, scavenge resources to stay alive, and fight back to carve out a foothold for mankind to rebuild...

Remnant: From the Ashes is a third-person survival action shooter set in a post-apocalyptic world overrun by monstrous creatures. As one of the last remnants of humanity, you’ll set out alone or alongside up to two other survivors to face down hordes of deadly enemies and epic bosses, and try to retake what was lost.

Explore dynamically-generated worlds that change each time you play, filled with over 100 varieties of deadly enemies and 20 epic bosses to battle using a wicked arsenal of weapons, armor, and special modifications you can use to adapt to any situation.
PostTweetShare Share with WhatsApp Share with Messenger
Community Updates
Playstation Network DealsPlaystation Network Discount Codes
New Comment Subscribe Save for later
8 Comments
19th Apr
Quite a good game it's pretty much dark souls with guns and a Lot more forgiving as in when you die you don't lose anything when you die. It's not as detailed as other games but the game play makes up for it.
19th Apr
Really good game this, well worth a play through. New DLC on it way too I believe.
19th Apr
Bought this after trying it on gamepass - decide I liked it enough to buy it outright. Really enjoyable so far. A bit like a mix between Dark Souls and Resident Evil 4/Gears of War.
Edited by: "combat_honey" 19th Apr
19th Apr
Am I crazy or was this game free to play at some point?
20th Apr

Am I crazy or was this game free to play at some point?

on gamepass could have been free to play for a weekend aswell
Edited by: "ijwia" 20th Apr
20th Apr
4 free add ons available 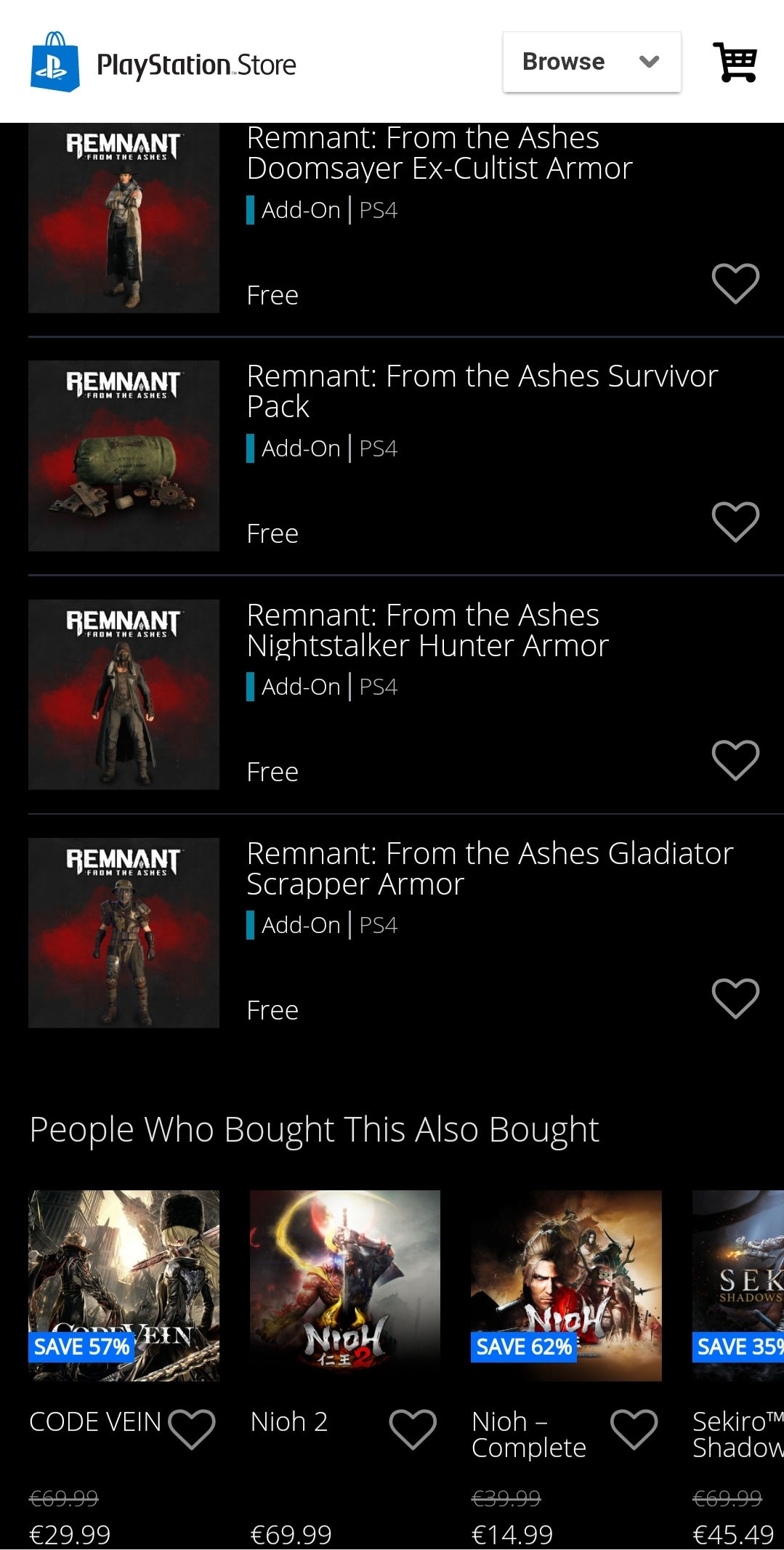 Am I crazy or was this game free to play at some point?

I've been playing it on gamepass but I don't have xbox Live so haven't had chance to test out the online side of the game so I'm getting it on Ps4 now it's this price.
20th Apr
Was looking at this on PS store yesterday as I've been eyeing it up since I saw the trailers before it came out but don't want to pay this much for it, couldn't find it cheaper anywhere though but it's bound to be at someone's biting point
Edited by: "MrDealio" 20th Apr