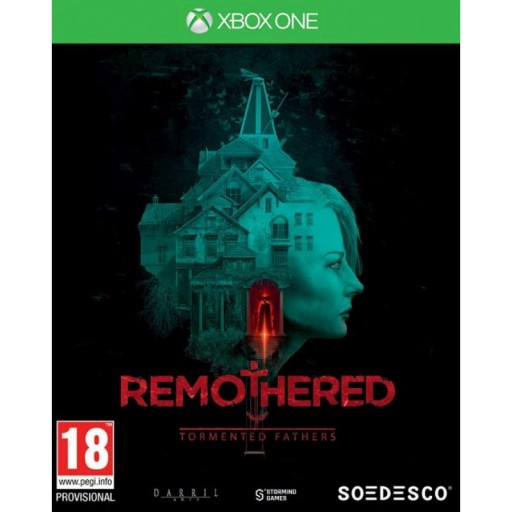 Remothered: Tormented Fathers Xbox One £12.95 delivered at The Game Collection

Remothered: Tormented Fathers is the pure and realistic survival horror videogame. The story revolves around Rosemary Reed, a fascinating 35-year-old woman, who reaches Richard Felton’s house, in order to investigate on the disappearance of a girl called Celeste. The woman is greeted by Gloria, the nurse who takes care of the old Richard. When Dr. Felton understands Rosemary’s true intentions, the dread begins.

•Psychological plot - Characters in the story are everyday people that turn themselves into scary monsters.

• Movie-like cutscenes - Thanks to his impressive direction, Chris Darril puts into play a story rich of complex life-like characters.

• Realistic puzzles - Environments and characters have been conceived to be realistic and credible.

• Top-notch soundtrack - Nobuko Toda (Final Fantasy, Halo, Metal Gear Solid) and Luca Balboni wrote the music for the game
PostTweetShare Share with WhatsApp Share with Messenger
Community Updates
The Game Collection DealsThe Game Collection promo code
New Comment SubscribeSave for later
2 Comments
3rd Mar
Really wanted this when first came out but reviews put me if how easy it was not to get caught which stopped me buying the game ultimately a shame as really liked the look of it
3rd Mar
I bought it for PS4, a week later I traded it in, very frustrating