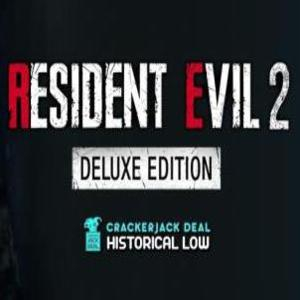 
The Deluxe Edition contains the main game and the Extra DLC Pack which includes the following items:

Originally released in 1998, Resident Evil 2, one of the most iconic games of all time, returns completely reimagined for next-gen consoles.