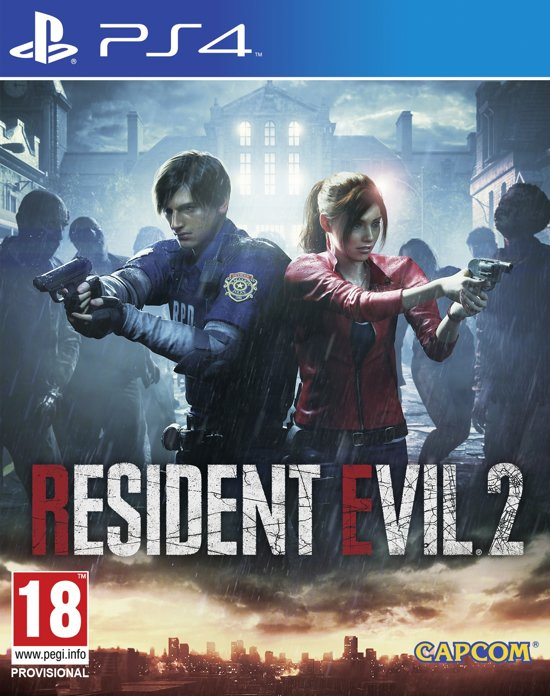 Not as good as Smyths deal but that is sold out in a lot of places now and this might be a good option that is readily available for in-store or online purchase.

In Resident Evil 2, the classic action, tense exploration, and puzzle solving gameplay that defined the Resident Evil series returns. Players join rookie police officer Leon Kennedy and college student Claire Redfield, who are thrust together by a disastrous outbreak in Raccoon City that transformed its population into deadly zombies. Both Leon and Claire have their own separate playable campaigns, allowing players to see the story from both characters' perspectives. The fate of these two fan favourite characters is in players hands as they work together to survive and get to the bottom of what is behind the terrifying attack on the city. Will they make it out alive?

PostTweetShare Share with WhatsApp Share with Messenger
Community Updates
Asda DealsAsda discount code
If you click through or buy, retailers may pay hotukdeals some money, but this never affects which deals get posted. Find more info in our FAQs and About Us page.
New Comment Subscribe Save for later
Top comments
22nd Oct 2019

It's a remake, not a remaster.

Fixed. Sorry been having long days with little rest and been exhausted and too careless. My bad.
22nd Oct 2019

It's a remake, not a remaster.

How dare you make an insignificant mistake!
22nd Oct 2019

How dare you make an insignificant mistake!

‌ ‌ ‌ ‌
22nd Oct 2019
This game is utter brilliance but it’s regularly now around this price, yet it seems to be guaranteed to get scorching heat. Plus a deal posted only yesterday which is still available is cheaper than this price. The game is naturally going to hit £10 to £12 pretty soon. I’ll still give it heat for the game but is it a deal anymore? I’m not sure.
22nd Oct 2019

Agreed, I reckon it just gets consistent heat because it’s a great game
22nd Oct 2019 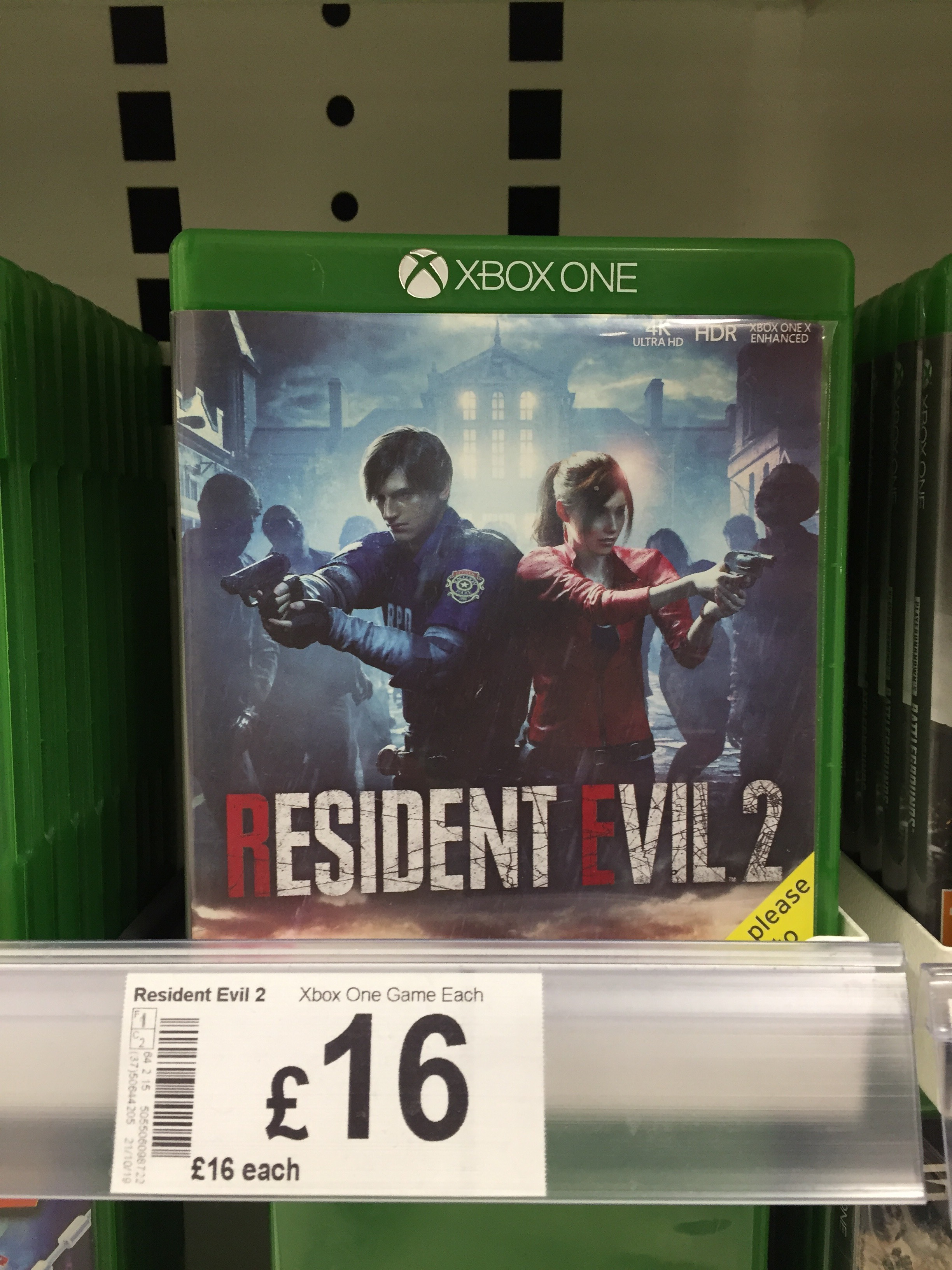 Checked my local Asda and it was full price damn

Did you scan it too? When it is on the site it should be same price in-store.
22nd Oct 2019
£16 for one of the best games of 2019. Just buy it, you won't regret it.
22nd Oct 2019
Is this the one which starts in the Police station (or just outside)? If so, one my favourite games ever.
Remember the early days of achievements - had to play the whole game in under two hours without death to get a different outfit
22nd Oct 2019

Is this the one which starts in the Police station (or just outside)?

On the base ps4 and xbox one, the performance is not great. ps4 pro and xbox one x runs much much better, so if you have the base consoles, then definitely go for pc version
23rd Oct 2019

Was a really good game. Only ruined by Mr X. Well worth giving it ago.

Totally Agree.....wish it had an option to remove Mr X

Totally Agree.....wish it had an option to remove Mr X

It was a cheap scare which over stays it's welcome. I really loved the darkness and the art style of re2, but then MR X forces you to run through the content removing the stop to smell the roses approach.

Put a bit of a disappointment look for if they make re3 remake. It'll just be more of the same with the nemesis.
23rd Oct 2019
Need to play this... Along with every other game inown.
23rd Oct 2019

Get to the police station without picking up a single item as Claire, go to the subway and kill Brad Vickers' Zombie. Loot the key to open the locker with the biker leathers and Colt S.A.A. Oh yeah
23rd Oct 2019

Stop and smell approach to a horror game?

People did that with P.T. right?

I was more interested in the level / gore / grit design in re2 compared to a boring a.i chasing me.
23rd Oct 2019
Great deal! Finally bought this. Resi2 was one of the best games of the 90s. Played the 1 shot demo of this and it was rpic
23rd Oct 2019
Nice find op, just a heads up to anyone might say full price but ask a colleague in store/ over the phone if needed to do a till price check this is a national deal as the store I visited today was full price so they checked (as I hoped to get it this price and it's a live national price. So worth checking. Enjoy the heat op, I totally agree it's a decent price while shopping as not a lot of the smyth toy shops around.
Edited by: "bigton3000" 23rd Oct 2019
23rd Oct 2019
Asda , swindon orbital has two copies for £16 ps4 mind didn't look for xbox
23rd Oct 2019

Was a really good game. Only ruined by Mr X. Well worth giving it ago.

You know the library bit where you gotta push the shelves to make the platform.

Or when you find a key run to the room you need it, and he appears just before you get there. So you gotta turn around and go to the closet safe room. Wait for him to go away and continue. Again, not a fun mechanic.

If they implemented him better, he'd be more welcome. But he was just annoying after a while.
23rd Oct 2019
He has a set search path that he follows but he seems to follow sound as well, or he follows the sound of gunshots and the player running anyway. When I first played it I didn't know he could hear you running when I first played it so when he came through the door of the room I was searching I crapped myself, the first time a horror game has managed that since silent hill 3 or possibly REmake with the crimson heads.
Maybe Mr X does get a bit predictable after a while though, plus it's easy to lure him to one side of the police station and sneak back to the other side and do whatever you need to in peace.
24th Oct 2019

I liked Mr X. It was like nemesis mixed with a bit a alien isolation.

Yeah, the fact you can hear him stomping around in the other rooms and corridors does add to the tension. He does have his problems though.
I imagine much of his programming will be copy pasted for when they do a nemesis remake.
24th Oct 2019
£15 in Tesco too now just noticed instore