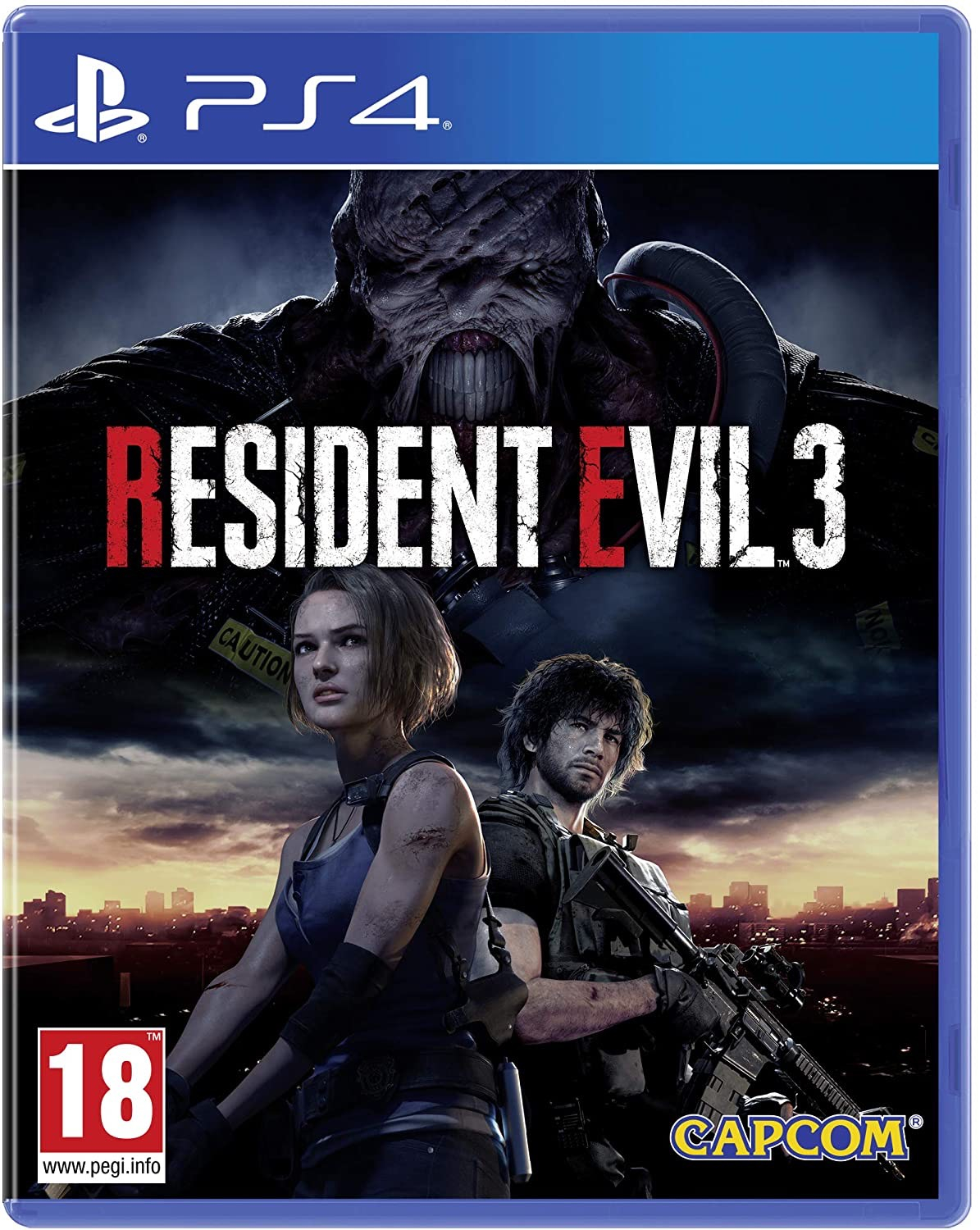 Decent price for the remake. Hope it helps someone out

A biological weapon developed by the pharmaceutical company Umbrella Corporation. The game marks the debut of Nemesis – a towering humanoid bioweapon designed for both brutality and high-functioning intelligence – whose dogged hunt of S.T.A.R.S. member Jill Valentine made him an icon of the Resident Evil™ series. Armed with an arsenal of high-powered weaponry and wrapped in a black suit to hide his mutilated features, Nemesis will maim, pulverize or destroy any obstacle on the path to his target.

Jill’s harrowing escape takes place in the panic-stricken hours leading up to and following the events of the acclaimed best-selling Resident Evil 2. Intense combat and puzzle solving combine to deliver the heart-pounding final chapter of Raccoon City’s collapse. The horrific settings from the original game and new content come to life as never before with RE Engine, previously utilized to create the acclaimed Resident Evil™ 7 biohazard, Resident Evil 2 and Devil May Cry™ 5 with high-definition graphics and modernized gameplay mechanics.

Complementing the action-packed single player campaign is Resident Evil Resistance, an asymmetrical 4 vs. 1 multiplayer game originally unveiled as a working title at Tokyo Game Show earlier this year. As the Mastermind behind the scenes, players can assume the role of key Resident Evil characters like Annette Birkin in a series of deadly experiments. Manipulate the environment and wield a deck of cards to place vicious creatures, set traps and weaponized security cameras to snare hapless Survivors. A first for the franchise, Masterminds can even directly control elite bioweapons like G-Birkin and Tyrant. In turn, four Survivors must effectively work together, making the most of a variety of weapons and each player’s unique special abilities, to stand a chance of escaping the experiment before time runs out.

Just like Resident Evil 2 (2019), the remake of Resident Evil 3 is a third-person survival-horror game. Players will have to manage scarce ammo and healing items as they struggle to survive.
PostTweetShare Share with WhatsApp Share with Messenger
Community Updates
EBay DealsEBay discount code
New Comment SubscribeSave for later
6 Comments
20th May
Its getting cheaper which is good to see. Standard behaviour from ShopTo with an increase in prices at the time discount codes are offered. Its 82p cheaper than in their site if you want to save that amount.
20th May
I mean every other resi game on PS4 can be had for less than 15 quid. Personally I'll be holding out for a cheaper price but fair enough if you want it now.
20th May

well this only came out last month that's why its a higher price. As far as a game goes - its really good! 9/10 - kept me occupied throughout April, got the platinum in the end. But from a remake perspective its quite poor - misses out so many scenes, nemesis is a complete p..... compared to the original or even Mr X from Re2 remake. Buts its defo worth £34 in my opinion
20th May
I would consider this a great price but the general trend for a resi game is to get really discounted. Unless you need it now you will get it half price a lot later just depends if you are willing to wait.
20th May
£15 is the biting point for this. It’s 3 hours long
21st May

It's not 3 hours on the first playthrough at all, more like 6-7. Unless you ignore all the files, and use a walkthrough to rush through. And if you do that there's not much point in playing it.

In fact it can be done in well under 2 hours, but that takes several repeated runs to train and learn the game.