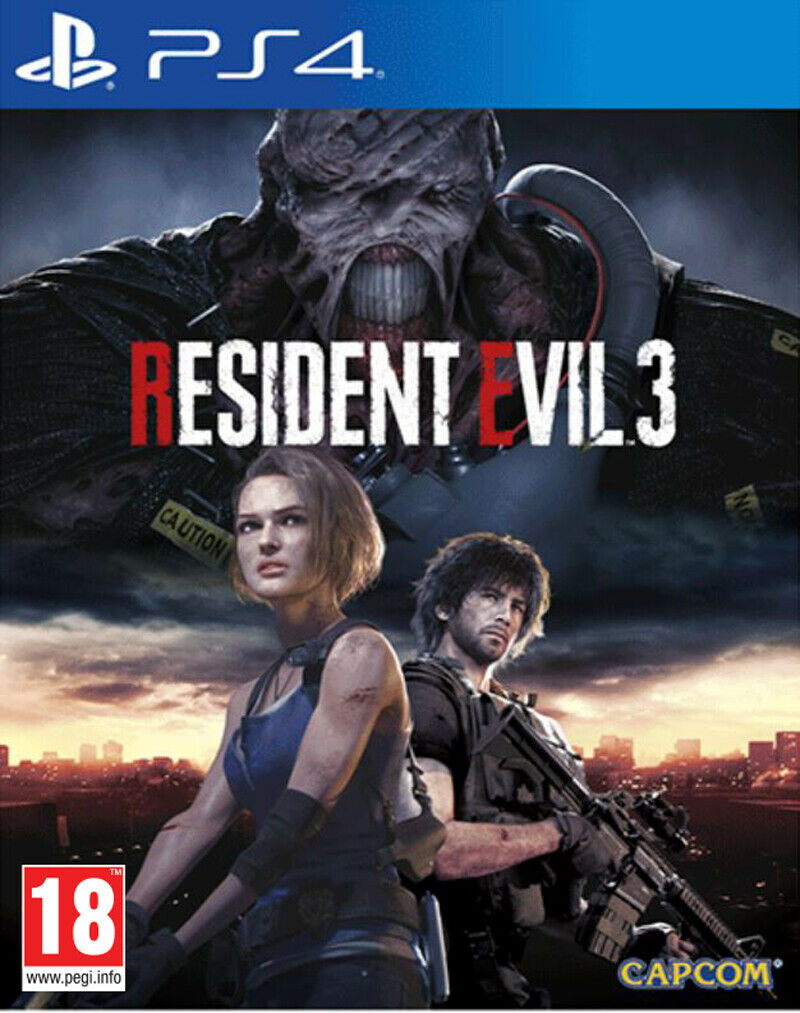 Pre order including PS4 Resident Evil 3 Remake Game and Lenticular Sleeve. Use code POUNDOFF to get this price. 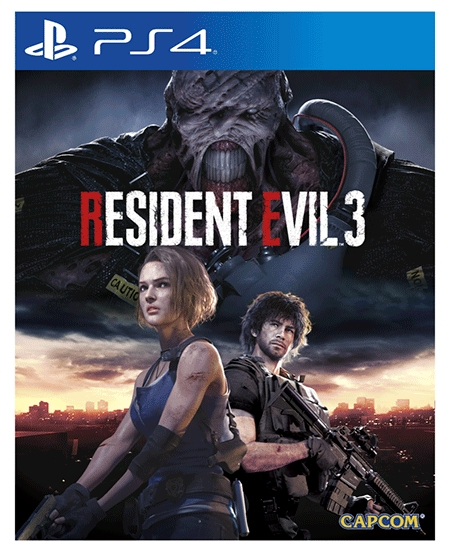 Resident Evil 3 is set amidst the nightmarish outbreak of the t-virus, a biological weapon developed by the pharmaceutical company umbrella Corporation. The game marks the debut of nemesis - a towering humanoid Bio weapon designed for both brutality and high-functioning intelligence - whose dogged hunt of S.T.A.R.S. Member Jill Valentine made him an icon of the Resident Evil series. Armed with an arsenal of high-powered weaponry and wrapped in a black suit to hide his mutilated features,
nemesis will maim, pulverize or destroy any obstacle on the path to his target. Jill's harrowing escape takes place in the panic-stricken hours leading up to and following the events of the acclaimed best-selling Resident Evil 2. Intense combat and puzzle solving combine to deliver the heart-pounding final chapter of Raccoon city's collapse.

The horrific settings from the original game and new content come to life as never before with RE engine, previously utilized to create the acclaimed Resident Evil 7 biohazard, Resident Evil 2 and Devil May Cry 5with high-definition graphics and modernized gameplay mechanics <complementing the Action-Packed single player campaign is Resident Evil resistance, an asymmetrical 4 vs. 1 multiplayer game originally unveiled as a working title at Tokyo game show earlier this year. As the mastermind behind the scenes, players can assume the role of key Resident Evil characters like annette Birkin in a series of deadly experiments. Manipulate the environment and Wield a deck of cards to place vicious creatures, set traps and weaponized security cameras to snare hapless survivors. A first for the franchise, masterminds can even directly control Elite Bio weapons like G-Birkin and tyrant. In turn, four survivors must effectively work together, making the most of a variety of weapons and each player's unique special abilities, to stand achance of escaping the experiment before time runs out.
PostTweetShare Share with WhatsApp Share with Messenger
Community Updates
EBay DealsEBay discount code
New Comment SubscribeSave for later
18 Comments
23rd Mar
Glad to see RE go back to RE4 style! That's exactly when the series hit its peak! Then along came Call of Duty and confused Jap Devs
23rd Mar
Also FF7R remake same price!
23rd Mar
Good find. Cheapest available and comes with the sleeve!
23rd Mar
Most probably know but just in case....

PRE-ORDER RELEASED 03/04/2020
Est. delivery: 23 – 24 Apr
23rd Mar
Yeah that delivery date is a bit brutal
23rd Mar
I think both this and FF7 are going to be goldust for a while. Animal Crossing can be thrown into that pile as well. Better just to order them now if you haven't already as the prices wont be going down again for a while IMO. eBay prices are going to sky rocket.
23rd Mar

I think I’ll be downloading from the PS Store then
24th Mar
PS4 back in stock.
24th Mar
delivery end of april
24th Mar
Mine is showing as estimated April 25th delivery. Wondering if I should cancel it as don't feel like waiting that long.
25th Mar
Apparently mines been dispatched
25th Mar
Mine's been dispatched too..surely a mistake?
25th Mar
They’ve taken the money straight away even though not expected until
April 25th. Ordered from amazon as well as a back up solution but no ETA from them whatsoever!
26th Mar
Mine also weirdly dispatched today.
26th Mar
I had the following response from them this morning if it helps anyone...

"Hi
The estimated delivery time is incorrect.
All orders will be shipped out 1 - 2 days before the release date.
Kind Regards,
The Game Collection Customer Services"
27th Mar
ordered and hoping it arrives by release date! Need something to look forward to.
3rd Apr
Mine was dispatched on Wednesday but still hasn't arrived. Today is release day as well. I think I should have got the digital version
6th Apr
Mine still hasn't arrived. Dispatched last Wednesday. Not sure what to do at this point. Should I assume it's been lost? 1st class post never takes this long to arrive.