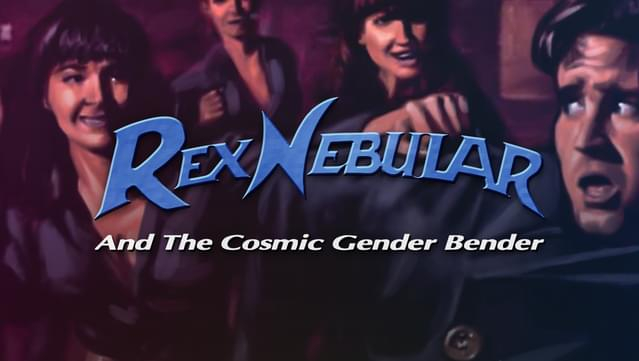 A priceless vase is lost on a distant planet that doesn't exist. An irate colonel wants it back. And only one man is experienced enough...skilled enough...and foolish enough to retrieve it: interstellar adventurer and bungling bachelor Rex Nebular!

Join Rex as he pilots the Slippery Pig on a crash course for Terra Androgena, a planet populated entirely by bizarre alien women with big agendas of their own. Overcome the dizzying array of obstacles and endless traps preventing Rex from returning the priceless pottery. Feel the grotesque effects of the frightening Gender Bender machine!
PostTweetShare Share with WhatsApp Share with Messenger
Community Updates
Post a comment