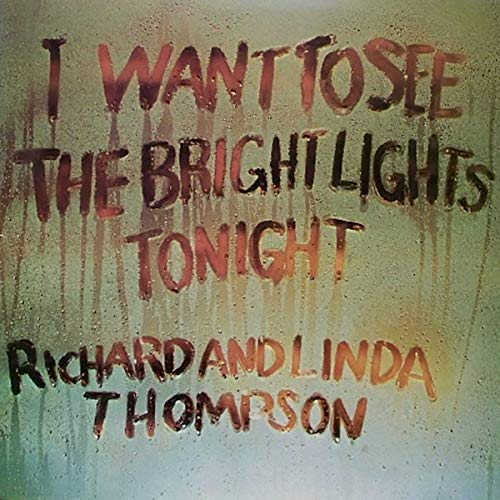 Richard & Linda’s first album from 1974 is available again on 180gram vinyl with a Download Code.

Recorded in May 1973,but not released until 1974 due to an International oil shortage, ‘I Want To See The Bright Lights Tonight’ is a dark and eclectic affair with very light, despite the uplifting and almost commercial nature of the title track.

Richard takes lead vocal on four of the albums twelve tracks, including fan favourites “When I Get To The Border”, “Calvary Cross”, “We Sing Hallelujah” and “The End of The Rainbow”.

Linda is a perfect foil for Richard and she shines on such songs as “Down Where The Drunkards Roll”, “Has He Got A Friend For Me?”, “The Great Valerio” and the title track.

The iconic cover of ‘I Want To See The Bright Lights Tonight’ by Nancy Fouts of Shirt Sleeve Studios is deceptively simple – just the title and their names written on a steamed up window.

Despite now being considered a Classic Album, sales of ‘I Want To See The Bright Lights Tonight’ were modest and did little to trouble chart. It was, however, very well received by the music press:
PostTweetShare Share with WhatsApp Share with Messenger
Community Updates
3 Comments
Post a comment