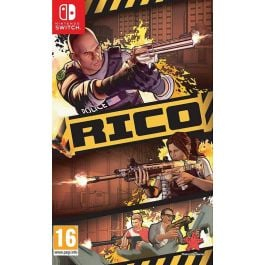 Physical cartridge version at low price.
Sequel coming out soon, so good time to buy first game.
RICO is a first-person, buddy cop shooter inspired by modern action cinema. In the game you and a friend play as a pair of loose-cannon police partners, given twenty-four hours to crack a case as part of an elite RICO (organised crime) taskforce.
RICO is an arcade-style tactical shooter, where players must react in the moment to shootouts as they unfold, breaching doors, moving from room to room, and unlocking new weapons, traits, and equipment as they seek to bring down the crime bosses in the game’s main case mode. They can also compete against one another with a fixed loadout and on the same level on the Leaderboards of the Daily Play mode.
PostTweetShare Share with WhatsApp Share with Messenger
Community Updates
5 Comments
Post a comment