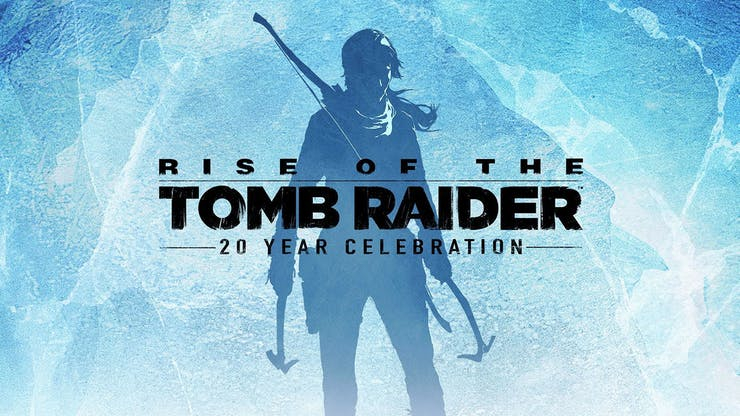 Cracking low price for the game.

This jam-packed edition includes the base game and Season Pass - featuring all-new content.

LARA'S JOURNEY
Set out for Siberia and uncover an ancient mystery that places you in the cross-hairs of a ruthless organization known as Trinity. Help Lara race to find the secrets of the Lost City of Kitezh before Trinity.

INTO THE WILD
You'll not only battle with enemies from around the world, but also the world itself. Hunt animals to craft weapons and scavenge for rare resources in densely populated ecosystems.

You’ll encounter beautifully hostile environments, full of treacherous conditions and unstable landscapes that will require Lara to push her limits to the very edge.

GUERILLA COMBAT
Use the environment to your advantage by scaling trees and diving underwater to avoid or takedown enemies. Configure Lara’s gear, weapons and ammo to suit your playstyle from stealth to guns blazing, craft explosives on the fly to sow chaos, and wield Lara’s signature combat bows and climbing axe.

TOMB RAIDING RETURNS
The tombs are back, and they’re bigger and better than ever. You’ll explore huge, awe-inspiring ancient spaces littered with deadly traps, solve dramatic environmental puzzles, and decipher ancient texts to reveal crypts as you take on a world filled with secrets to discover.

Look out for Archivists Maps, Explorer Satchels, Monoliths and other Collectibles on your journey.

ALL-NEW CONTENT
Explore Croft Manor in the new 'Blood Ties' story, and defend it against a zombie invasion in 'Lara’s Nightmare'. Survive extreme conditions with a friend in the new online co-op Endurance mode, and put your survival skills to the test and brave the new 'Extreme Survivor' difficulty.

Rise of the Tomb Raider: 20 Year Celebration also features an outfit and weapon inspired by Tomb Raider III, as well as five classic Lara skins. Existing DLC will challenge you to explore a new tomb that houses an ancient terror in Baba Yaga: The Temple of the Witch, and combat waves of infected predators in Cold Darkness Awakened.