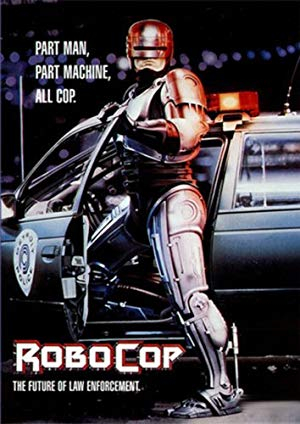 Robocop (HD) digital movie £2.99 to own at amazon video prime

Paul Verhoeven's American breakthrough film, Robocop, is an exceedingly violent blend of black comedy, science fiction, and crime thriller. Set in Detroit sometime in the near future, the film is about a policeman (Peter Weller) killed in the line of duty whom the department decides to resurrect as a half-human, half-robot supercop.
PostTweetShare Share with WhatsApp Share with Messenger
Community Updates
Amazon DealsAmazon discount code
If you click through or buy, retailers may pay hotukdeals some money, but this never affects which deals get posted. Find more info in our FAQs and About Us page.
New Comment Subscribe Save for later
Top comments
19th Nov 2019

"Dead or Alive your coming with me"

Heat! Does anyone know if this is the uncut version?

Hmm - apparently there's only 1 minute difference. The Unrated Director's Cut runtime is 103 minutes and the theatrical version is 102 minutes. Amazon's version is 103 minutes - tempted to risk it!
19th Nov 2019
Awesome, just purchased. Predators £3.50 which is decent too

Nice. I'd be really grateful if you could confirm which version it is when you get around to watching it. The differences are listed on various sites such as this one: movie-censorship.com/report.php?ID=3609994

"Dead or Alive your coming with me"

19th Nov 2019
I've got the criterion edition at home on DVD, not a massive difference, just a few scenes that are a bit longer, but what a fantastic film, watched if god knows how many times now!
19th Nov 2019
Arrow Video is releasing a 4K restoration end of this week.
19th Nov 2019

Cant watch it where i am, but total run time is 143.14 with credits

Grammarcop!
19th Nov 2019
I fell asleep watching Robocop for the first time a year or two back.

This film stands the test of time. Compair it to the recent remake which was awful and will not be remembered 20yrs from now.
19th Nov 2019
FYI: Robocop and both sequels are currently on Netflix.
19th Nov 2019
Nice shooting son, what's your name ?

Same transfer as the 4K remaster in 2013

Is it? Same as the transfer by MGM?

"4K restoration of the film from the original camera negative by MGM, transferred in 2013 and approved by director Paul Verhoeven"
19th Nov 2019

Thanks mate. Plenty of extras to make it a good purchase though.
19th Nov 2019

Think T1 is better than T2.

I remember loving it (still do) but was really shocked at the time by the brutality of the early scene which "prompts Robocop's arrival" (I think I've successfully avoided too much of a spoiler there!)
20th Nov 2019

I had a friend that ran a video shop and he’d lend me the timed copy on VHS before it was released. I remember Robocop and Blood Sport specifically. Back then, streaming was what you did in the back lane after too many pints.......