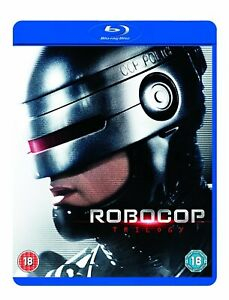 A triple bill of sci-fi cops.

'Robocop', (1987) is set in the near future and Detroit's soaring crime rate is unsuccessfully policed by a corporation which plans to build a new city, if its workers can go about unmolested. When its new 'enforcement droid' proves unworkable, a murdered cop (Peter Weller) is wired into a computer-controlled titanium body and set to the task at hand. Unimpressed, 'Robocop' seeks vengeance on all sides in this violent but often funny tale.

'Robocop 2', (1990) a new model, Robocop 2 (Tom Noonan), is built while Robocop 1 still patrols the streets of Detroit. Robocop 2 is given a maniac's 'soul', thereby setting the stage for a showdown between the two computer constables.

The arrow release is the same transfer
22nd Nov 2019

The arrow release is the same transfer

"Same transfer" doesn't mean that the two releases will look the same.

Arrow have confirmed it's exactly the same transfer
22nd Nov 2019

Arrow have confirmed it's exactly the same transfer

Yes. That didn't mean that they will look the same though.

I'm not going to argue but they've stated it's the same transfer with no subsequent encoding done.
How could it possibly look different? The colour timing etc. Has not been changed and no further clean up to the transfer done.
Literally the excact 2013 4K MGM scan overseen by the director used for the arrow release...
22nd Nov 2019

Yes. That didn't mean that they will look the same though. 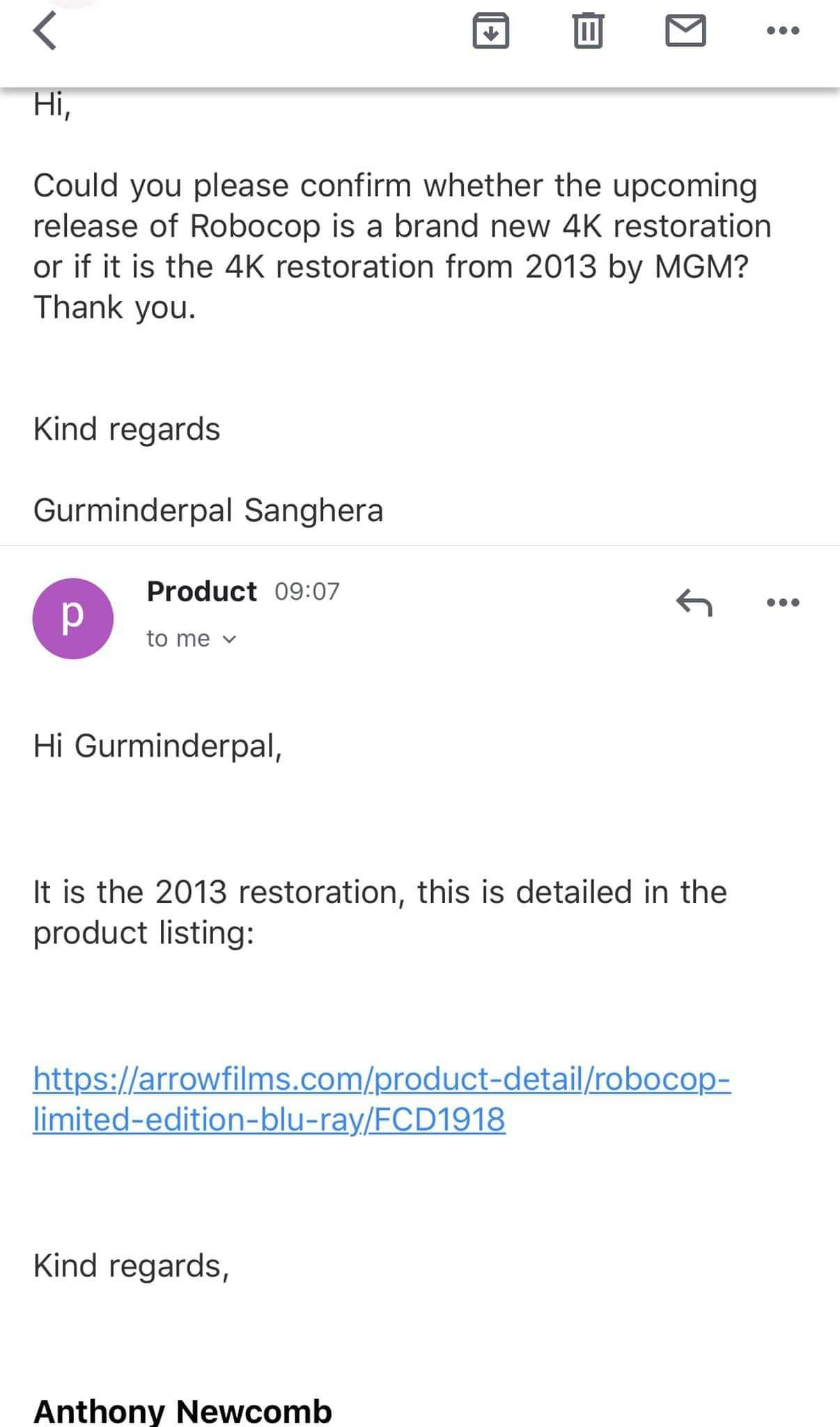 Yes. It is the same transfer. That doesn't mean they will look the same.

No, that means there's NOTHING wrong with you!

... Stay out of trouble.
22nd Nov 2019
Despite its obvious flaws, I still love RoboCop 2, mainly because of Weller, but some cool set pieces too.

I really want the Shout! Factory Blu-ray, but it's Region A only. It has loads of new interviews and behind the scenes stuff, which RoboCop 2 for years was so deprived of, you only ever got the film and like a trailer as a special feature!

Anyone know if it will be released here? I don't know if playing other region Blu-rays is as easy as DVD was?
23rd Nov 2019

Yes. It is the same transfer. That doesn't mean they will look the same.

bluray.highdefdigest.com/769…tml - this review says that you are correct, the picure has been brightened allowing you to see slightly more details in the darker night scenes. Can't wait to watch it all over again