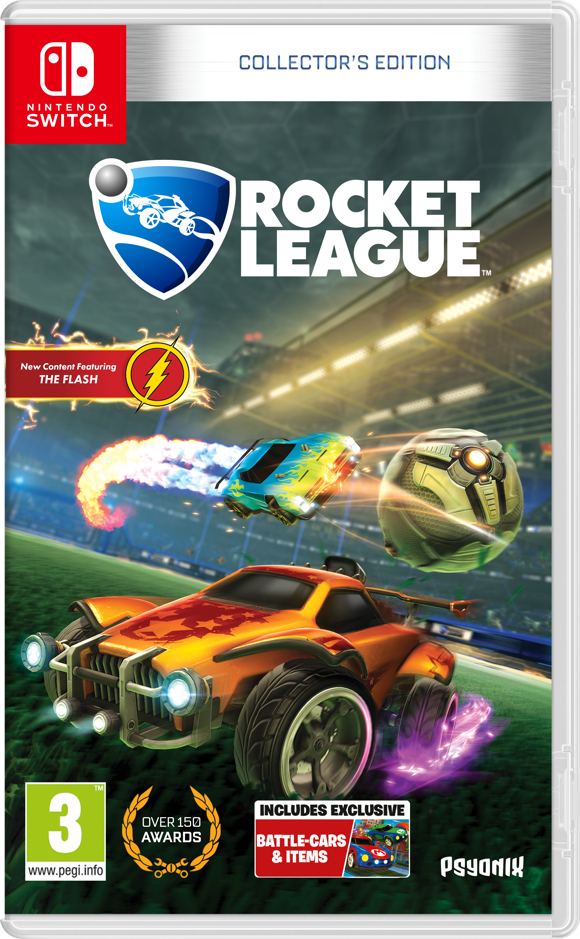 Description
Excellent game and cheapest I've seen this on the Switch.

Winner or nominee of more than 150 game of the year awards, Rocket League is one of the most critically-acclaimed sports games of a generation. Boasting a community of more than 12 million players, Rocket League is a high-powered hybrid of arcade-style soccer and vehicular mayhem that offers easy-to-understand controls and fluid, physics-driven competition. Rocket League includes more than 100 billion possible customisation combinations, a fully-featured offline season mode, multiple game types, casual and competitive online matches, and special "Mutators" that let you change the rules entirely.

This futuristic Sports-Action game equips players with booster-rigged vehicles that can be crashed into balls for incredible goals or epic saves in this unbelievable, high-octane re-imagining of association football.
Take to the pitch for a fully-featured offline season mode, multiple game types, casual and competitive online matches*, and special “Mutators” that let you change the rules entirely.

Express yourself with one of the deepest customisation systems around and battle opponents on other platforms with groundbreaking cross-network play*!
Plus, Mario, Luigi and Metroid-themed Battle-Cars are coming to Rocket League on Nintendo Switch!

Normal edition goes around £7.50 every now and then

Not for physical though ?
11th Jun

Not that I am aware of, that would have made it delivered under 10 , fab price then
11th Jun

Not for physical though ?

Down to £10 new for physical copy now.

oh yea, well thats pony, might as well wait for the shops to open again in 4 days
11th Jun
I've corrected the game features for you...