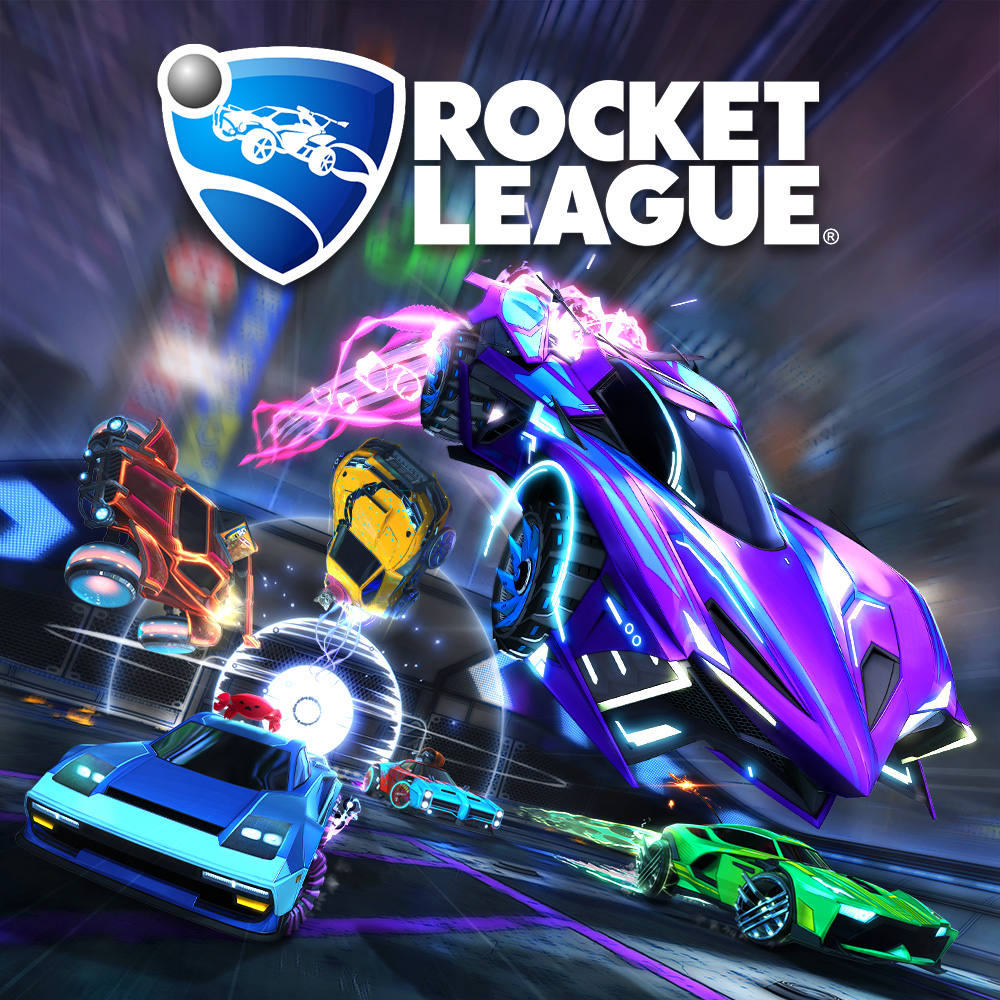 Winner or nominee of more than 150 ‘Game of the Year’ awards, Rocket League® is a high-powered hybrid of arcade soccer and driving with rewarding physics-based gameplay. 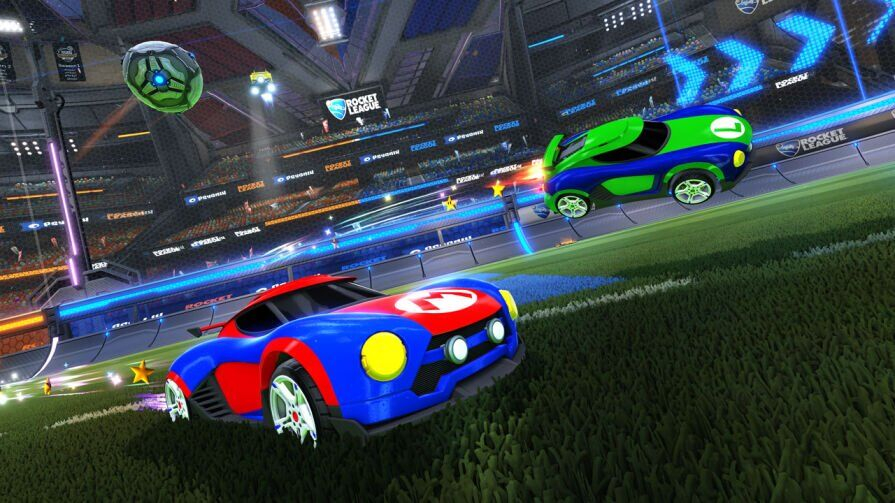 Take to the pitch for a fully-featured offline season mode, multiple game types, casual and competitive online matches*, and special “Mutators” that let you change the rules entirely. 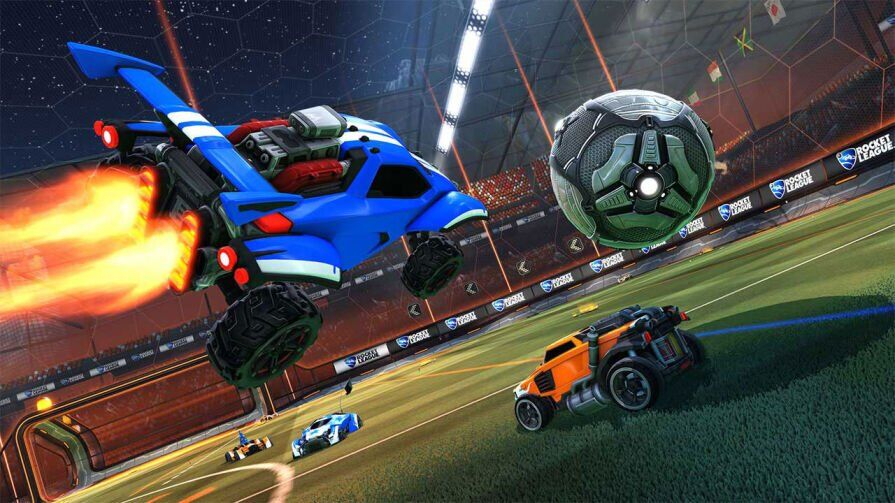 Express yourself with one of the deepest customisation systems around and battle opponents on other platforms with groundbreaking cross-network play*!

Plus, Mario, Luigi and Metroid-themed Battle-Cars are coming to Rocket League on Nintendo Switch!
PostTweetShare Share with WhatsApp Share with Messenger
Community Updates
Nintendo eShop DealsNintendo eShop discount code
New Comment Subscribe Save for later
40 Comments
16th Apr
Great price
16th Apr
Awaiting delivery of my switch. Does this state how long it’s on offer for? If not can I buy prior to delivery?
16th Apr

You need an account registered on the console first. Hopefully it comes in time
16th Apr

I’ve got a Nintendo account but I’ll wait for the switch to come. Dispatched from very today after I grabbed one yesterday so fingers crossed.

Silly question, is NSO required for online play? Obviously new to the switch, but I think I’m going to get the Tetris/NSO multipack as it’s only about £20 on Amazon
16th Apr

Yes NSO required. Considering it’s basically an online only game, it’s not that silly a question. Don’t think you need it for Fortnite. You get the basic version of Tetris for free so you could save money just buying the annual NSO or maybe see if there’s anyone with a space on their family plan
16th Apr
£5.70 South Africa
16th Apr

Thanks mate had forgotten all about other regions
16th Apr

Ive never used Spotify as i use Apple Music. This would work well in the new car. Cheers for that!
16th Apr

Would SA allow me to pay by paypal? I take it when my switch is set up i just switch region to SA, buy it, then switch back?
16th Apr

Don't think you can pay with PayPal, credit card will work though. Change region on browser then buy and change back.
16th Apr

The game also has single player modes against the AI as well as local multiplayer.
16th Apr
Can somebody post instructions on how to purchase this via the SA store?
16th Apr

Can somebody post instructions on how to purchase this via the SA store?

On a browser, login, go to profile settings and change region to SA. Pay with credit card ( fee free if you have one ) download game, change back to UK
16th Apr

Can somebody post instructions on how to purchase this via the SA store?

Go to your profile and change the region settings to South Africa.

Go back to your profile and change the region settings to UK.
Edited by: "ThePointyEnd" 16th Apr
16th Apr

Using a PC and VPN? Just via Nintendo account page? Then go on to store in switch and download?
16th Apr

No VPN needed. Once you've bought it it will download automatically. Change back to UK after ( not really necessary )
16th Apr
been looking for the ps4 version but never this cheap.
16th Apr
To complicate things I want it to go on to a switch which has a child's family account on it, so I can't purchase it via the main sign in profile....not sure how to purchase it under the child's account
Edited by: "ForzaGTC" 16th Apr
16th Apr

Sorry, not sure either. Hopefully someone here might know
16th Apr
I have rocket league on the PS4 and Xbox do I really need it for the switch?
OF COURSE
16th Apr
That's quite the save
16th Apr

I ended up doing this. I have no regrets when I'm smashing 3v3 whilst taking a dump.

It is a pity you can't share your accounts though. I have some nice unlocks on xbox and PS4 versions.
16th Apr
I missed the fact that the UK store has it down in price, only noticed the SA store mentioned in the title lol. £7.50 will do for me!
16th Apr

Wdym does it not run smoothly on Nintendo?
16th Apr

Wdym does it not run smoothly on Nintendo?

Wdym does it not run smoothly on Nintendo?

Sorry I mean for PS4

I Might sound a bit stupid but have u made sure u are playing on the eu servers?
When I started playing on my Xbox it put me on us west servers
16th Apr

I'm on the EU ones yeah. I didn't even know I was on the us west servers though until a year later it seemed to be ok then for about a year but the last 3 months has been unplayable

Did epic games buy RL? Probably not the reason but it did seem to go downhill for me around about when epic purchased RL
Edited by: "efc_4ever" 16th Apr
16th Apr

Yeah I think epic did buy it
16th Apr
I can't get into this game. The physics feel too "floaty". Any advice?
16th Apr

I can't get into this game. The physics feel too "floaty". Any advice?

Practice, practice and more practice. Also look up the best settings as it'll make it much easier.
17th Apr
Dammitt hukd! Another circa £5 spent on a game to add to the back log that I portably don't have time to play.
17th Apr

Been playing for two years, and it's got worse. More incidents of unable to start match due to missing people, Laaaaaaaaaagggggggg, and I been kicked more this last month than ever before (XBone)
17th Apr
I am honestly tempted to move to SA at this point
17th Apr
While the gameplay for this game is fantastic fun, I wouldn't recommend getting stuck in to it. The microtransactions and 'season pass' element is incredibly invasive and toxic and massively overpriced.

It's crazy that they still charge for it when it should basically be free to play with the price gorging going on in the microtransaction store.
17th Apr

It is just cosmetics though. I happily play it without feeling the need to spend any money on it.