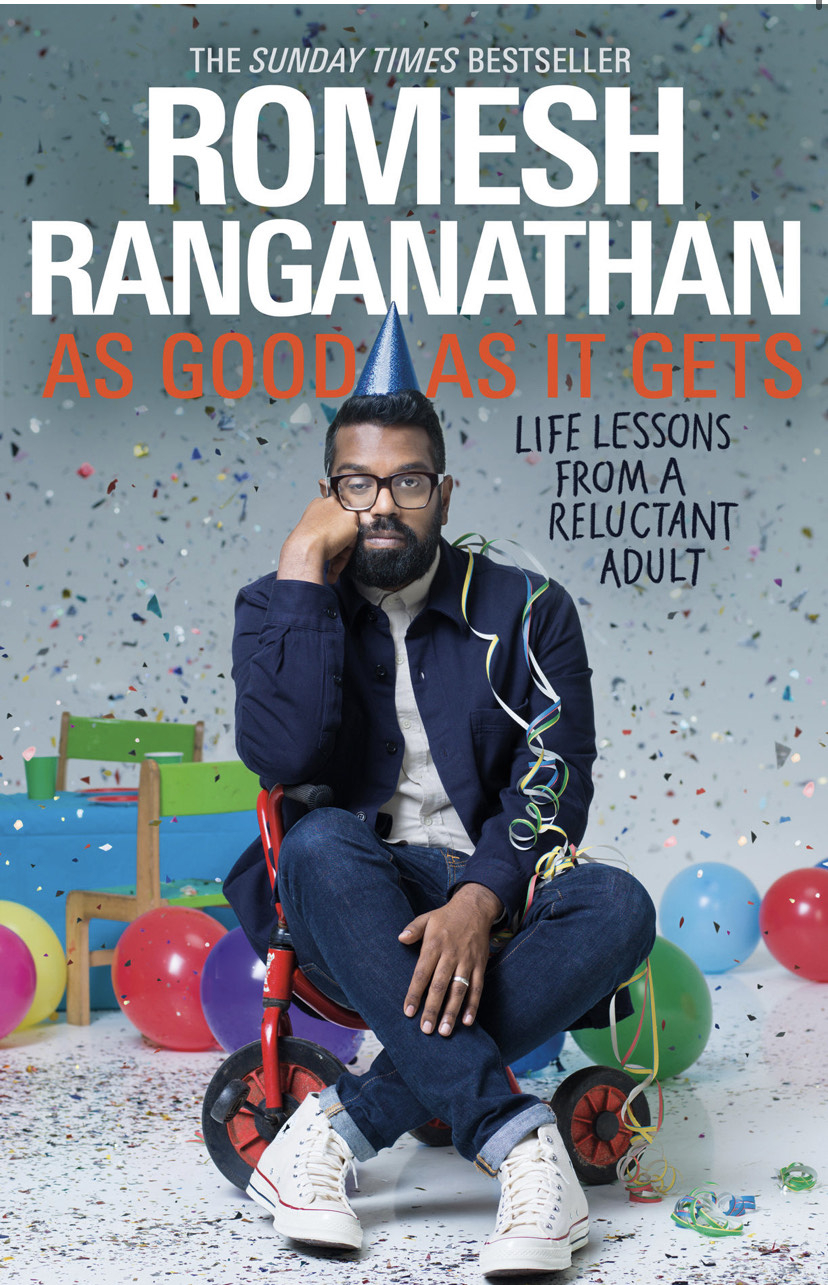 Romesh Ranganathan - As Good As It Gets: Life Lessons from a Reluctant Adult. Kindle Edition - Now 99p @ Amazon

"One of the funniest people in the world. Annoyingly talented at everything he does which includes writing books. As Good As it Gets is hilarious." - Robb Beckett

Confronted by the realities of adulthood, Romesh Ranganathan must face an uncomfortable truth: this is not quite how he imagined it.

Watching his friends descend into middle age, his waistline thicken and his finances dwindle to fund his family's middle class aspirations, Romesh reflects on the demands of daily life and the challenges of adulting in the modern world.

As he reluctantly concludes that he is indeed a grown man, Rom wrestles with the greater questions that threaten his being: Could I save my family in a crisis? Do I possess the skills to assemble flatpack furniture? Am I too old for streetwear? Is it alright to parent my kids through the medium of Fortnite? Is celibacy the secret to a passionate marriage?

From one of the countries most beloved comedians and author of the Sunday Times bestseller STRAIGHT OUTTA CRAWLEY comes the hilarious and painfully accurate dissection of what it really means to grow up.

Hilariously told, this personal interrogation is both relatable and comforting, recognising that nobody really knows how to be a grown-up. ― Radio Times

"One of the funniest people in the world. Annoyingly talented at everything he does which includes writing books. As Good As it Gets is hilarious. Is there anything this man can't do? Yes: most sports." ― Rob Beckett

Romesh Ranganathan is a comedian and actor. A former maths teacher, he made his comedy circuit debut in 2010, and has quickly established himself as one of Britain’s best loved comedy stars.

Known for his RTS Award winning series ‘The Misadventures Of Romesh Ranganathan’, his weekly topical show ‘The Ranganation’, and his Sky One sitcom ‘The Reluctant Landlord’, he has also travelled the globe with Rob Beckett in ‘Rob & Romesh Vs’, been a regular on ‘A League Of Their Own’ and starred in the show that first brought Romesh and his mum to the public consciousness, the BAFTA nominated ‘Asian Provocateur’.

Romesh is currently in the middle of his biggest stand-up tour to date, ‘The Cynic’s Mixtape’, which sold out theatres in record time across the UK, including a phenomenal 12-nights at Hammersmith Apollo.

Amongst all of this, he still manages to squeeze in time to record his award-winning podcast ‘Hip Hop Saved My Life’, to write his regular ‘Midlife Crisis’ column for the Guardian, and to pen his bestselling autobiography, Straight Outta Crawley.
PostTweetShare Share with WhatsApp Share with Messenger
Community Updates
Amazon DealsAmazon discount code
New Comment SubscribeSave for later
Top comments
32 Comments
Post a comment