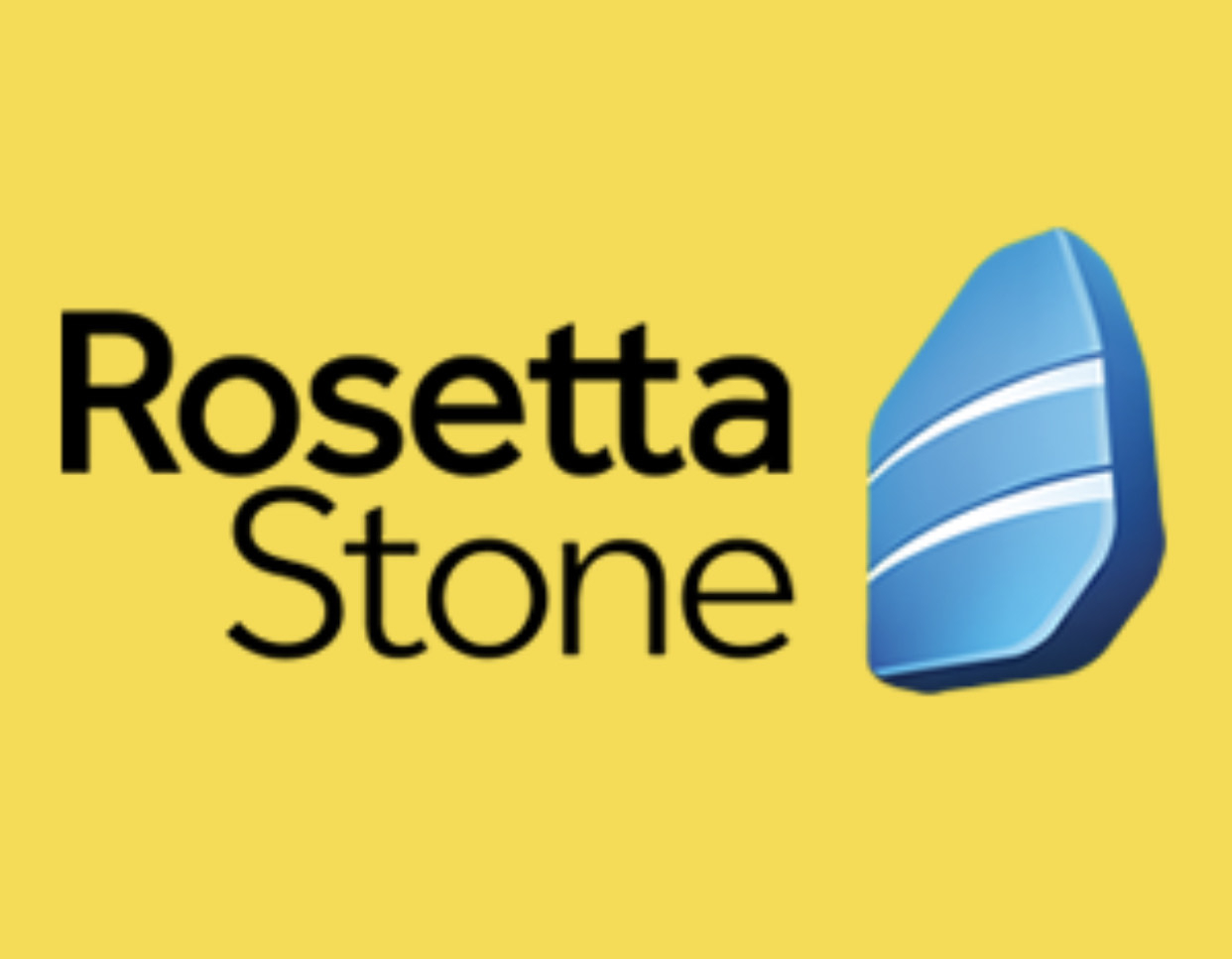 Cheaper via this deal https://www.hotukdeals.com/deals/lifetime-rosetta-stone-lifetime-vpn-something-else-3437420

There’s three months free for a selection of languages as part of their support for home schooling here : https://www.rosettastone.co.uk/lp/freeforkids/

I found it https://www.duolingo.com/ free

There was something on Martin Lewis Money Show the other day that gives free access to language tutorials at the moment. Cant find a link though. Might be helpful for your children or for you. 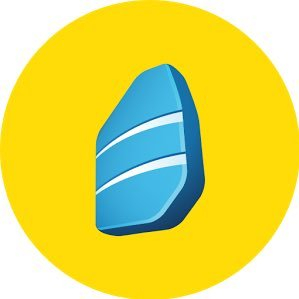 Please check your email, especially at promo and spam folder.

Is active during the school closure.

Thanks to Rosetta, I learned Russian and can talk to my family. Now it's all about duolingo which isn't as good IMHO but both are useful I suppose. 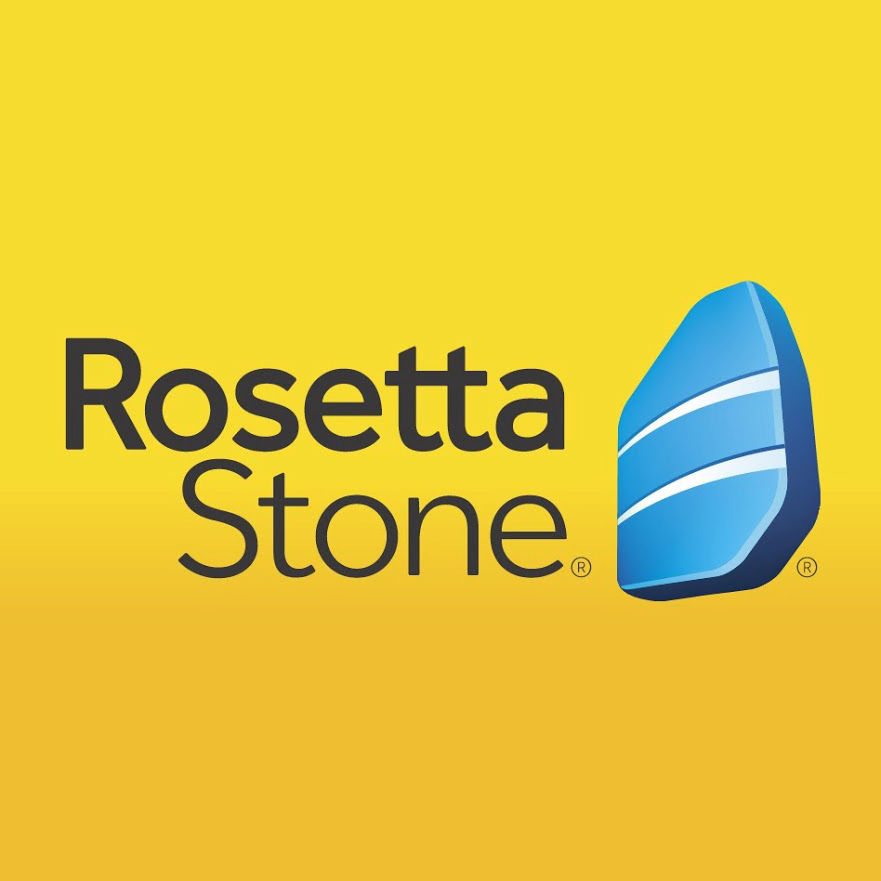 I did just sign in again and I have this now.... Yayyyy. Thank you (y)

You've done the right thing by contacting their customer support; I really don't know if the app has interrupted the promotion. But if the worst happens, you can always sign up again and speed through the first few lessons! :)

I see what I’ve done, as I’ve retraced my steps. I did register as a student, but got the prompt to install the app. Is it that that is the issue? I’ve messaged Rosetta Stone but don’t expect a reply tbh :( Has this ( the 12 weeks) worked for people when using the app?

They clearly don't explain irony, then.

I've downloaded Duolingo... IMHO it's a useful addition to have on your phone to complement Rosetta Stone when away from the laptop to keep the brain ticking over, but it's not the same league as Rosetta Stone in terms of content and doesn't have the same total immersion method of learning (i.e. no english whatsoever), which is what makes Rosetta Stone so good. Thanks for the suggesting though, I'll use both!!

TCB offers 15% fastback as well, it worked for me, so hope it does for you.

&amp; the TCB cashback came through fine as well :)

Good deal, worked for me, have some heat

I just meant for parents buying Spanish for their GCSE course children. The default says Spanish - but it's the wrong Spanish for GCSE, so they need to toggle to Spanish (Spain)

"you won't (probably) want South American Spanish."? Er, well you will if you are travelling to South America (OK, other than to Brazil). Seems a strange comment to make when faced with many other languages that are even less likely to be "wanted"! BTW, the offer is still available on ALL languages via the Post 7 link and toggling the language selector. Good find OP, heat!

be quick offer still on!

68° Expired
Posted 14th Apr 2015Posted 14th Apr 2015
Rosetta Stone 1 month online course access £5
£5
EDIT: update HUKD have fixed their referral link, so the Get Deal button should now be working. If you can't find the page, do try use the following direct link with copy and paste… Read more
Get deal*Get deal*
leopraveen

Good one, I used for a which in CD and looks interesting. I'll try this now as this has the mobile app support.

Sorry about that, the HUKD site seems to be messing up link with their referral code they add. It should land you on http://www.rosettastone.co.uk/lp/rsonemtrial/ (you might have to copy and paste this in your browser to get to it.

Please give link. Why are the bots going hot on a non existent link. Fishy.

Thanks for all the information, Really helpful.. Cheers

hotukdeals
-129° Expired
Posted 29th Jan 2015Posted 29th Jan 2015
rosetta stone courses down to £120 from £299
£120
Looks like the deal ends today. thought this was something people would want to know about :) Shared Via The HUKD App For Android.
Get deal*Get deal*
NetWorkerLV

Duo Lingo is free. And has same if not better effectiveness

Link says *Save 60% off Rosetta Stone CD-ROM. *Save £70 on Rosetta Stone 12 Months Online Subscription. * Includes Free Delivery within the UK and Ireland. * This offer ends midnight 28/01/2015. So finished yesterday

Worked perfectly! A great deal especially if you take advantage of splitting the cost over 5 payments. Plus £14.28 cash back from Quidco.

Thank you very much si, super helpful information think i will pass on this and check out one of them other sites. Much appreciated for taking the time to write that, top man cheers.

I've used Rosetta Stone in the past. It was one of the first tools I used when I decided to learn Russian - I guess I fell for their advertising. The reality is very different from what they advertise. The content is, as they put it, "immersive" but only to the point where there are no English instructions (if you're not learning English) rather they just use pictures, text, sounds, and people speaking in the language you want to learn. Basically trying to emulate how a baby learns. However, one of my native Russian speaking friends said they had tried it and the starting areas had informal and formal context mixed in together. Some of it just didn't sound like something you'd say to another person, but would be ok to write. Lastly, the speech part of Rosetta Stone is really poor. I knew myself it was bad as I could 'fluke' saying some words by mumbling, but after speaking with other Russian people it soon became clear I was not speaking at all well. lol. For some free alternatives you might want to check out these sites. There are more, but these are the ones I've noted livemocha.com - Very good site and the most rosetta-stone-like but has more of a community feel to it. Free to start out, courses can be purchased from points or beans (purchased with real money) duolingo.com/ - Not as polished as live mocha, and doesn't have as many languages to choose from, but the content is always updated and has lots of content from native speakers. Focuses more on the written language then pictures. memrise.com - my favourite site at the moment, has a huge amount of content, mainly in flash card style context, however because people are rewarded for adding their own content for others to learn, there is almost always something to learn and grasp if you're struggling with a particular concept. mylanguageexchange.com - great site to find someone of a native language you want to communicate with. Can be a struggle if you happen up on someone who is trying to learn English as well as teaching you, but still better then Rosetta stone's live sessions. italki.com - Paid 1 on 1 lessons with native speakers who teach the language. You'll probably get more out of this later on if you're struggling.. lang-8.com - Super site where you can post your written content and people will check it for errors. Great if you want to check up on how your own skills are improving, or simple want to ensure you come across more native and fluid. translate.google.com - Probably the worse way to learn a language as the translations are often terrible. However, it is useful to check the pronunciation of a word, and if you're struggling to understand what a particular word in a sentence is being used for, you can just pop it in to translate and it'll tell you how the word is used, a noun for example, or if it's a native phrase, such as 'еда' that literally translates to food in Russian, but is can also be used when asking someone to pass the еда (knife and fork - нож и вилка), not to be confused with someone eating еда (food). Lastly; I recommend that you get some stick on replacement keys for your keyboard, install an extra keyboard layout under windows, then use Winkey+Space to switch between English and your chosen language. Join a gaming community, such as World of Warcraft, League of legends and join the language of your choice. Most of them will be forgiving if you make the effort to talk to them. Buy dual language books When you're getting a bit further on, you can try reading a book. Having a dual language book helps a lot as they typically come with your chosen language on one side, and English on the facing page. Some of the children's books have each other underneath. Movies. You probably already have several DVDs that contain at least a second language in subtitles. Just select the alternative language as subtitles, such as French. Turn the volume down so you can barely hear it the English words being spoken and you'll be forced to try and read what's being said in French. Alternatively, you can buy foreign movies and hope they have English subtitles if you want to hear them speaking. As with English speaking movies, there are sites that'll stream these types of movies for you but you probably won't get subtitles. Probably most importantly enjoy the new language with someone else. Try to get friends and family in on learning it with you. Have stick-it notes on everything you can, refer to things only in your chosen language. Kids love learning and they'll bounce it back at you. Influent - quite a new game, it's about learning words for objects. You basically wonder around an apartment checking the names of things, and then you can test yourself with a list where you have to go and find them. Kind of fun, would be great for anyone starting out. EDIT: Forgot to say, anyone interested in trying Rosetta stone out, they have the first lesson pretty much exactly how it'd be in the software as a demo on their site over at www.rosettastone.co.uk/demo. Give it a try :)

Code stacking is multiple codes in one order. As for smartphone I dont know, I just found this to order for my Father.

Great discount with the code. I'm sure it will help someone. Heat added.

Nice find, but still expensive.... or not?

Cor, harsh! I was quite pleased with this.

Tried their Japanese lessons but I just couldn't get on with them. Went back to text books and cd might be better with other languages

-146° Expired
Posted 12th Jun 2013Posted 12th Jun 2013
free rosetta stone DEMO dvd
30 languages available
0Get deal*Get deal*
80° Expired
Posted 30th Aug 2012Posted 30th Aug 2012
Free demo cd from rosetta stone
If you want to learn a new language and are not sure where to go or if you just want to have a listen this is the freebie, just simple fill out the simple form and tell what langua… Read more
Get deal*Get deal*
1977mermaid

I've also not received mine :-( Maybe they got really busy after the deal was posted on HUKD?

Still waiting for mine. Should I have received a confirmation email?

Has anyone received theirs yet?

Thanks. Ordered for French.

Has anyone received the cd yet ? Had promotional email but no cd.

Great find. I keep seeing their adverts so I hope it's good as I really would like to learn another language

i'm guessing, sorry i don't know but you can get both and by the way you can send off for more than 1 CD IF you send of sepreatly

It gives you an option for an online demo or the CD. Are they the same demo?

Thanks, trying to learn Spanish with some other DVDs but proving fruitless...:(

It looks like it is just to get a demo CD of their products and not actually a language CD :-(

From the small print at the bottom of the page :) Heat added as this could be useful.